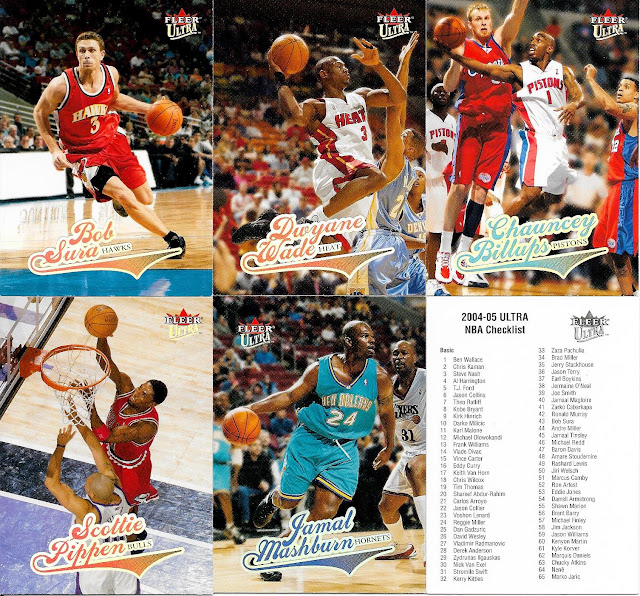 As much as I won't be keeping any of the above, Scottie Pippen (not to mention Wade or Mashburn) is one of the basketball names I know. I never followed basketball that closely, but when I did, it was the Chicago Bulls of the 90s, and the one-two punch of Jordan-Pippen. 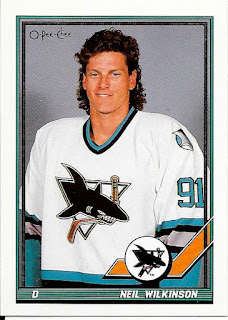 No offense to Neil, but when I was collecting cards in the early 90s, there seemed to be a San Jose Shark in every pack that they bombarded my collection. With the new expansion at the time, it may have just seemed like a bombardment, but given I have this complete set and too many Sharks as it is from this time - didn't really need this one. 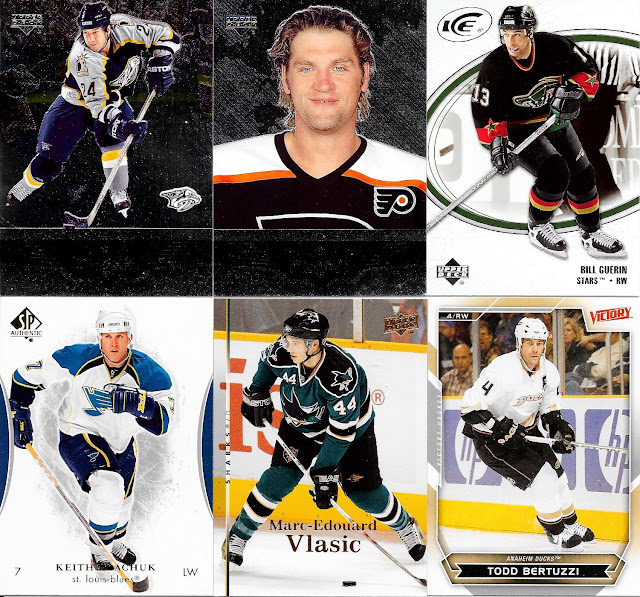 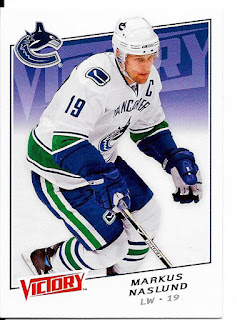 Wow - black diamond cards don't scan very well on my scanner. I'll have to take a look at whether I can make it any better for future posts. In hand, I like the gleam of the Black Diamond cards, but man, those scans look ugly. 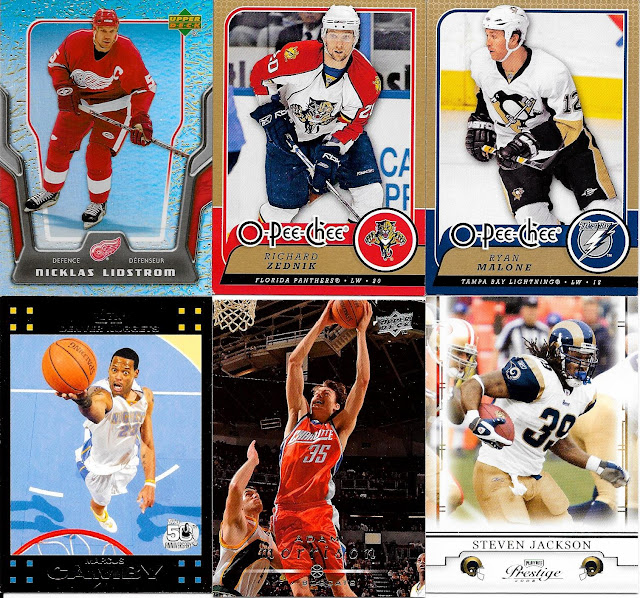 Oh Camby, what a short lived career in Toronto as a Raptor. Not sure if his career would have been better or worse if he stayed in Toronto, but it would have been interesting. I think he might have had a bit more opportunity, but if I recall, it was his decision to leave or he had a desire to...but that may be my remembering his short lived second tenure for the Raptors a couple years ago.

Summary:
Here we are after almost 400 cards...all told about half the non-Austin Power cards are keepers for one reason or another...not bad so far...