Further to last weekend and my trade with GCA, I wanted to look at the Leafs separately because there were so many goodies. The cards span from about 1990 through 2009 and plenty of variety so lets take a look at some highlights.

Back in the day, I had some upper deck cards, but not much past 1992, and didn't get into Collector's Choice at the time it debuted. Looking back, being a kid, Collector's Choice would have been fun to get into. Well, better late than never! As you can see below, GCA was nice enough to include some of each.

All in, a great first trade for me (hopefully he feels the same) and I've already started pulling some other cards aside for the next trade (nice to have somewhere to send some Redskins). 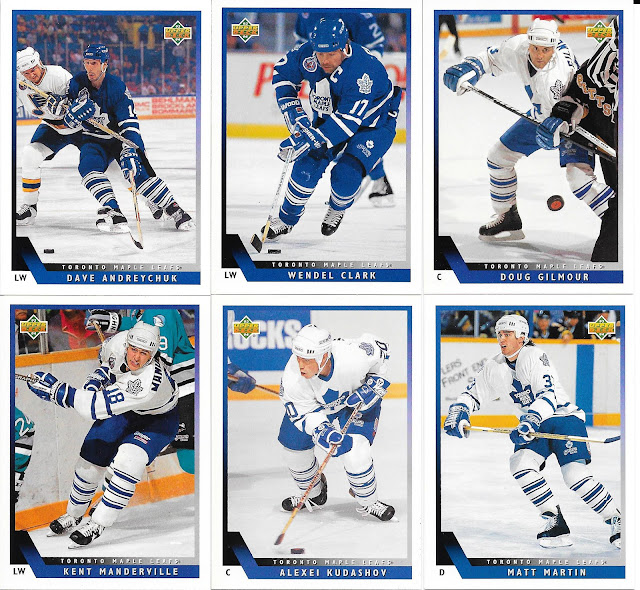 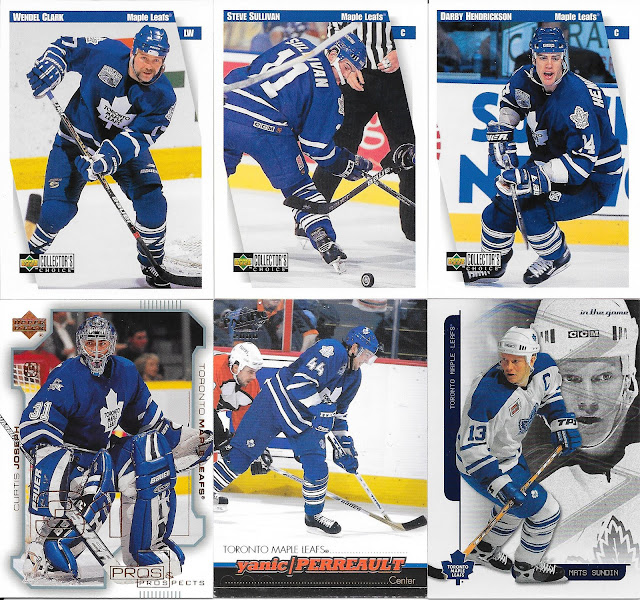 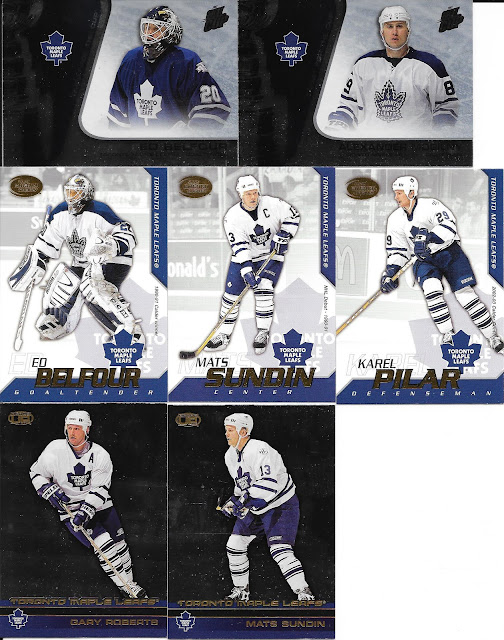 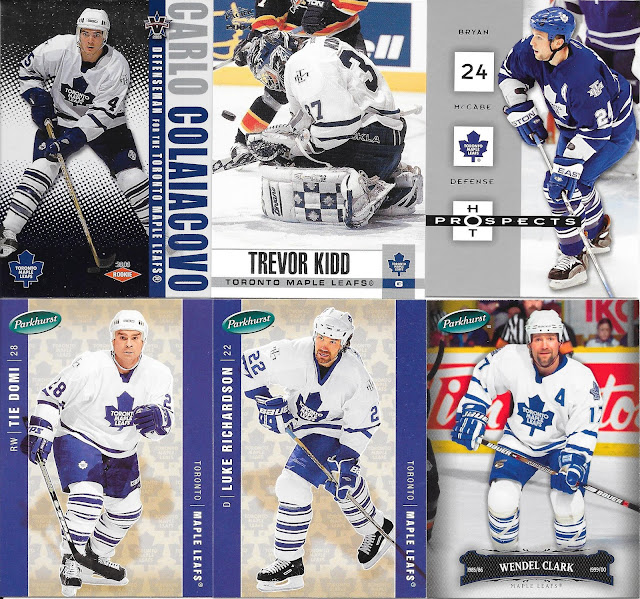 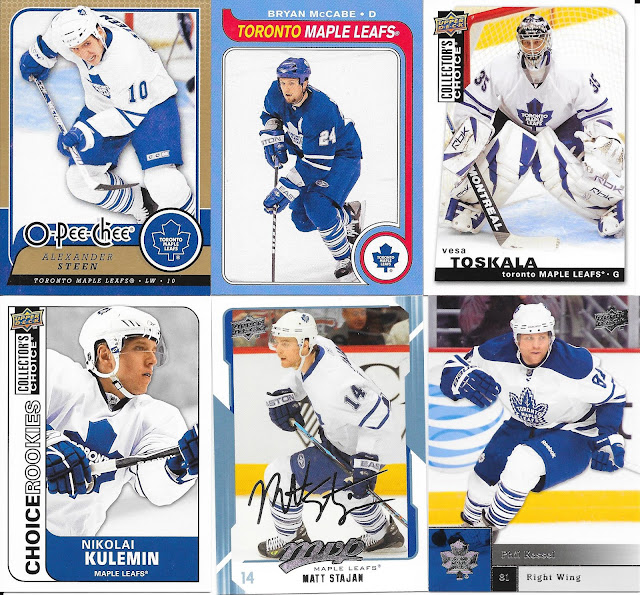 As seen, a good variety of cards. Some of the highlights are a number of cards for Gilmour, Clark and Sundin - Leaf mainstays as well as the Carlo Rookie card which is serial numbered, and the Bryan McCabe parallel.

Wouldn't want to leave out to goalies either - my favourite of which would be Eddie the Eagle.

A big thanks again to GCA again for the trade which added a good jump in the Leaf collection.
Posted by CrazieJoe at 8:00 AM