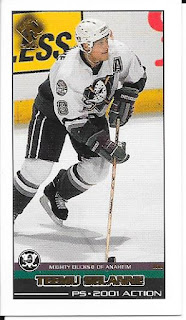 Well, just one highlight from the group, but it is a nice insert of a great player - I always enjoyed Selanne and his speed on the ice. Also enjoyed the duo with him and Kariya while it lasted, at least it is more memorable of the Mighty Ducks in the mid 90s than the spin off Saturday morning cartoon by Disney. The card is actually a mini sized card out of the 2000-01 Pacific Private Stock set, PS-2001 Action insert.

A decent player, but I don't need three of these...actually, I don't even need one...but nice photo nonetheless. 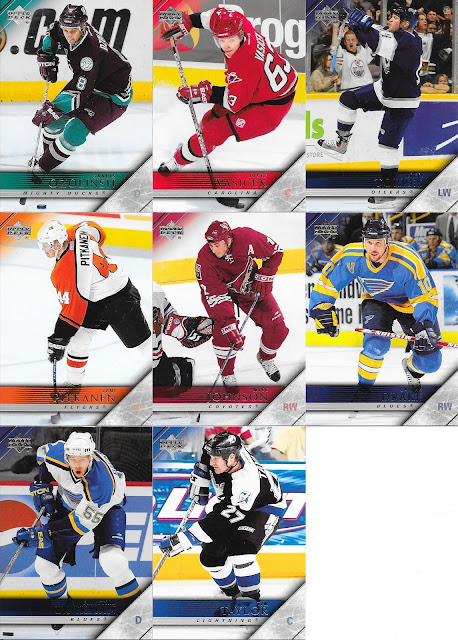 A nice influx of 2005-06 Upper Deck hockey cards - pretty standard pictures which I think is par for the set - get a close up of the player generally just on ice which is why some identical poses even in just the nine cards. 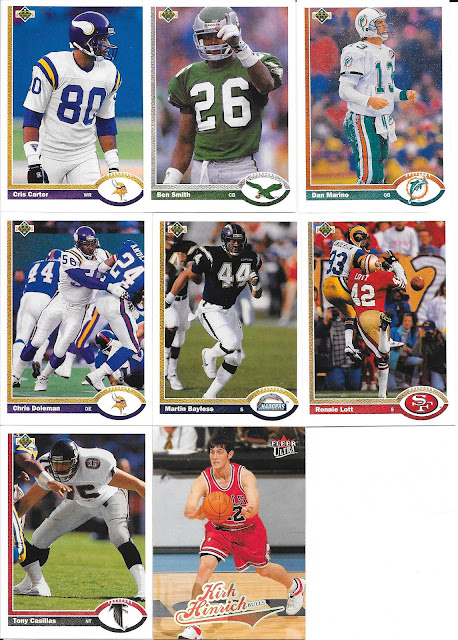 If nothing else, at least there is some name recognition with these cards - who doesn't know the name Dan Marino - if from nothing else, from his role in Ace Ventura Pet Detective. His acting wasn't what you could call good, but it didn't have to be. Glad to say (or sad to admit) I enjoyed the movie as a kid and before Jim Carrie made it into bigger roles and became a true movie star. Also, Ronnie Lett and Cris Carter are names I recognize having a bit of an eye on the sport in the early 90s.

Summary:
The packs keep getting a good influx of hockey cards, so I am not complaining...