One Tucker of a card

Another 20 from the Santa Lot - not quite as good as the last couple, but able to add to the Maple Leaf collection, so I cant complain. 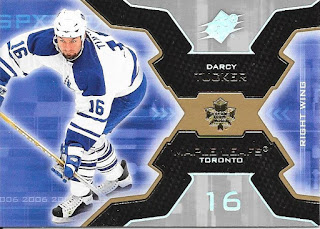 Darcy was a decent hand in the early 2000s for Toronto and SPx had a decent run in the mid 00s. I found SPx generally tried to use some holographic work for glitter and shine to stand out, and some years it works better than others. The 2003-04 cards below may go a bit far because of the use in the player headshots, but here on the Tucker card as it is used to accent, it works very well. Nice also as it is the first 2006-07 SPx card I've held in hand. This is mostly, or in large part because the 00s were a period of time I was completely out of the hobby. 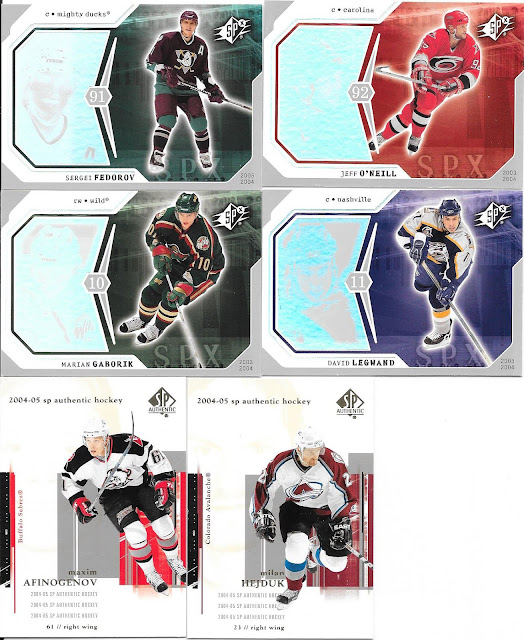 Nothing significant of note (Federov as a Duck is a bit unacceptable as he should always be a Red Wing) but a couple decent sets to which the additions are being made. 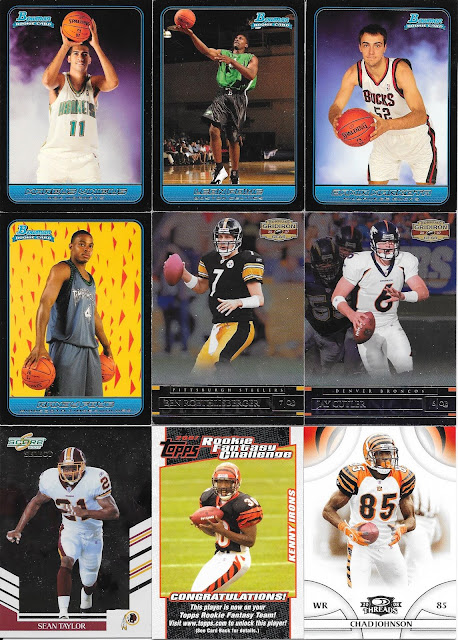 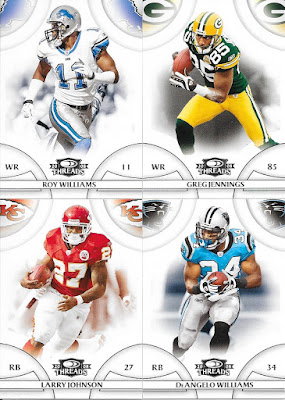 A couple new sets touched on such as the Bowman basketball cards...more variety is always a good thing!