Listia wins for the week

It was a fairly quiet week this past 7 days as far as Listia goes. I had a couple wins go bad (had a few of those recently - especially with new users - I would say of 240 or so wins, about 10 have "gone bad" and had to be refunded, not bad overall I guess.

First, an addition to the inserts collection for hockey: 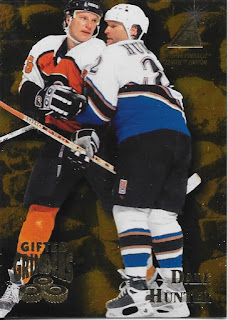 Hard to read but this is from 1995-96 Pinnacle Zenith Gifted Grinders subset (18 cards total). My collecting of inserts is not done with expecting t get all inserts from all sets, as that would be a futile goal, but if my collection is more insert than base cards, that is fine with me. If I don't finish a base set, I'd rather have inserts than incomplete base cards....

Second, a lot of 1991-92 Pro Set cards (two of the three in the top row are French versions, but I don't think you can tell from the front). Doubles I already have, but given the three cards of the second row, I had no problem with the low bid to get them anyway and add them to me Leaf collection. 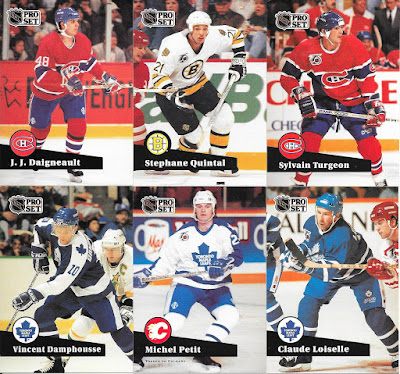 Late 80s and early 90s Leafs cards were heavily dominated by Damphousse, then into the Gilmour era which was more by heavy Leaf watching period. 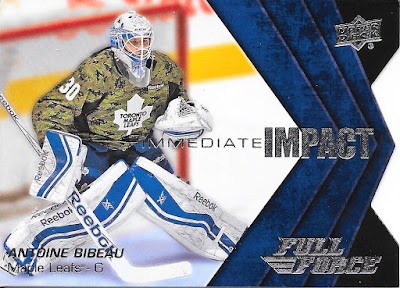 Picked it up for about 6,000 - since I am likely not opening any Full Force packs anytime soon, probably the easiest way I will get this card!

Anyway - have a great weekend, and see you here again in not too long!
Posted by CrazieJoe at 8:00 AM