Too bad redemption cards expire...and get used by other people...

Highlights:
Picked up another couple hockey McDonalds card - these ones 2006-07. The closest thing to a Jay or Leaf is a 1985 Topps Joe Carter. A very nice card though Joe has a bit more hair than when he was with Toronto later on in his career. 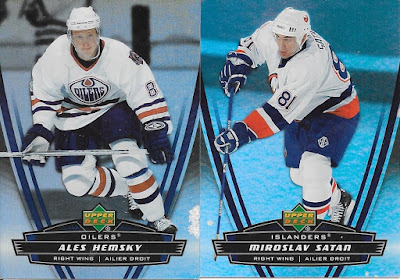 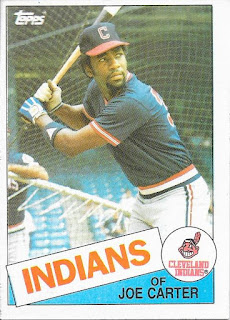 Lowlights:
Seem to be getting one per 20 I pull. This one was a redemption card, but the problem is:
1) The code was scratched on the back, so I assume it is used
2) It was good until, well, years ago 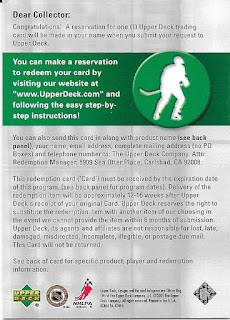 I might still keep it and include it if it were for a Toronto card, but the back is aged and can't be read... 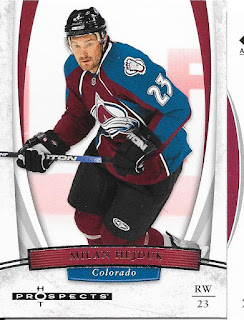 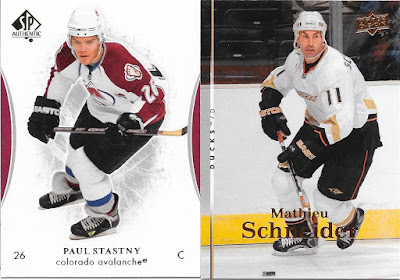 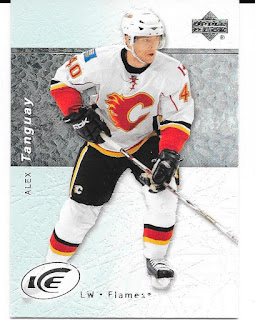 I know the SPx cards are generally quite shiny and a little over the top, but I still find them snazzy in moderation. Not sure I'd want to see page after page of them though...probably a bit too much. Other downside, thi SPx is of a Montreal Canadian...*sigh*... 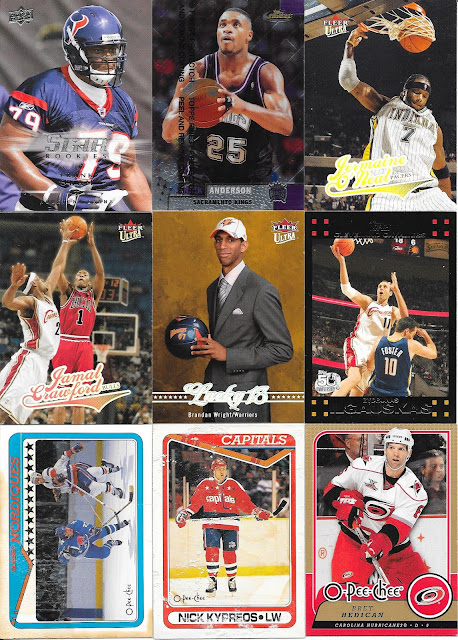 Man, those 1990 O Pee Chee hockey cards are in rough shape...good thing they are doubles, but not sure I could trade them to anyone. I haven't seen many Finest cards, and the basketball card from 1999-2000 set is pretty nice. I would hate to be Foster in the Zydrunas card though..kinda look a bit weak, though at least your name is a lot easier to pronounce. I guess that's a trade off - we can call it even.

Again, taking the above into account, the breakdown of the Santa Lot is...