Highlights:
Well, a couple Montreal Canadiens cards, but they are inserts so I have to keep them - personal feelings for Montreal aside. I do like the die cut cards (has that term now come to basically mean anything that isn't a rectangle card?) and the shape being related to the emblem on the Atomic set.

Also one of the 500 card insert set related to Alex Rodriguez and his milestone 500 home runs circa 2007 Topps. Obviously, given the post title, you know my feelings on A-Rod. Again, another insert I will keep by definition, but will not heavily care for. Just a short version rant, my issue more with A-Rod is the lying and deceit rather than the roid use. I wouldn't be surprised if roid use during the time was rampant (allegedly), accordingly, I can understand the "need" to be competitive or pressure to perform - even though I still think doing so is wrong. It was more the chance to come clean and how long the lying went on before the full truth came out. 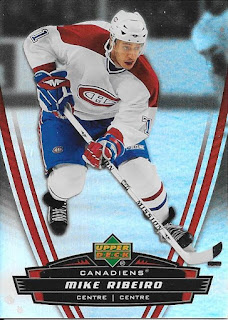 Lowlights:
An artifacts redemption card 5 years too late, and a baseball card that looks like my cat got to chew on it for a good while...then sit on it, then fold it over a couple times...poor enough condition, I am not going to keep it...anyone want it? Geez, not everyone at once....hah! 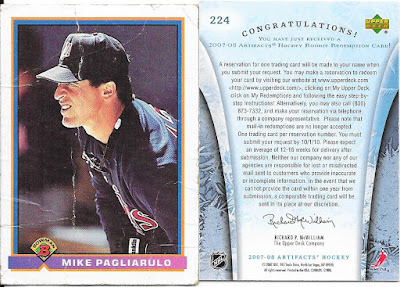 The Rest
Keepers:
After a few years with the Jays in the early 80s, Barry Bonnell headed to Seattle. This makes a couple of the 2002-03 Upper Deck Rookie Update cards now, and I still get a little chuckle out of the name John Madden because just picturing the NFL personality of the same name lacing on skates is a good chuckle. 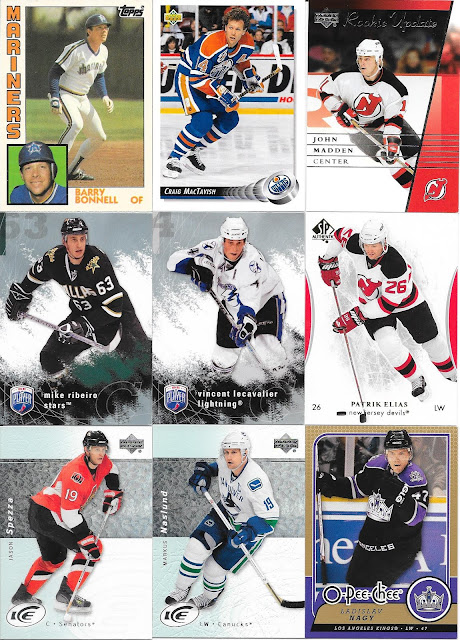 Traders:
I will say the 2008 Donruss Threads football cards are really nice in hand, and I don't think the scan does them justice. There are about 100 cards left on the 1990-91 O Pee Chee Hockey set for me to complete it - would be nice to see a few more I need if I am going to get these cards anyway... 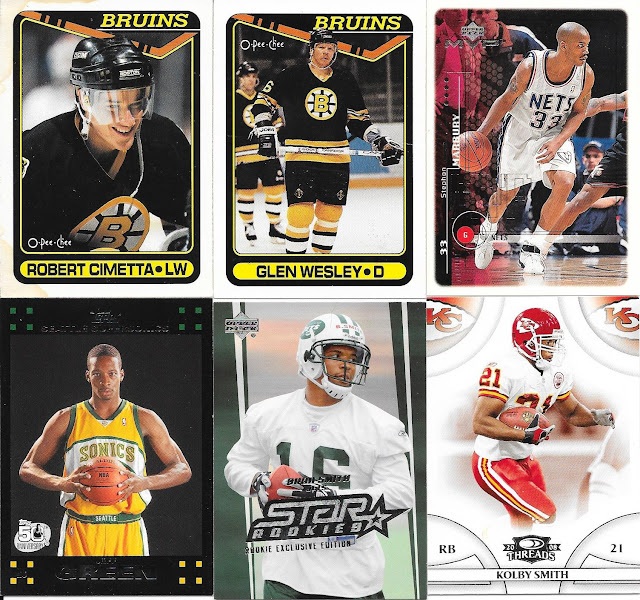