Been a few goes but finally a small victory in getting a Toronto card! 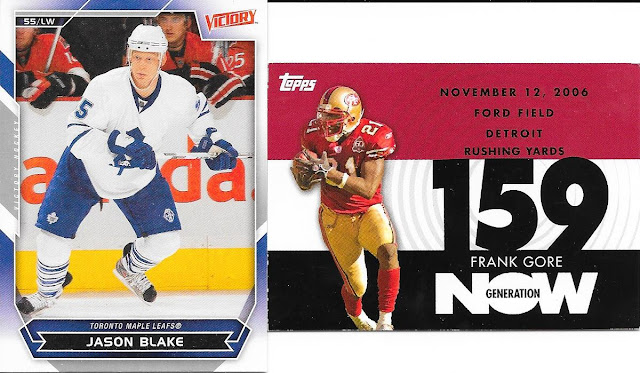 Jason Blake isn't a big name, and Victory not a high end set, but I'll take it. As for Frank Gore, don't know much about him other than the accomplishment on the card, but an insert is an insert, and if it had to be football, one of the two teams I enjoy is the 49ers and Bills (if I had to pick a 3rd, it would be the Packers). 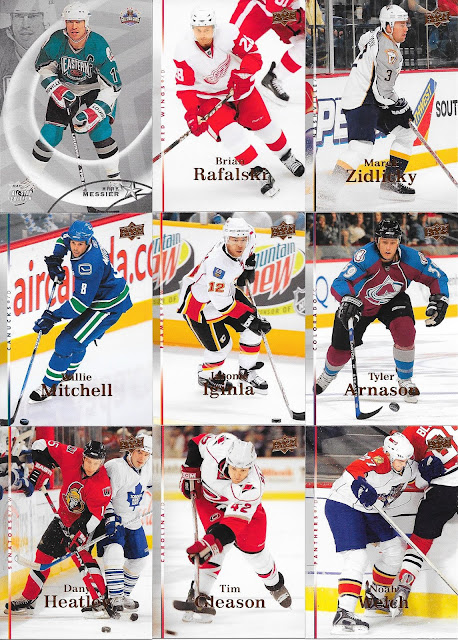 These make a further dent into the 2007-08 Upper Deck set which is coming along nicely (40 out of 500 and counting...). As for the Messier card, first from the Be A Player All Star set I have seen. A bit plain for my liking, and I never liked those all star unis, but so be it. 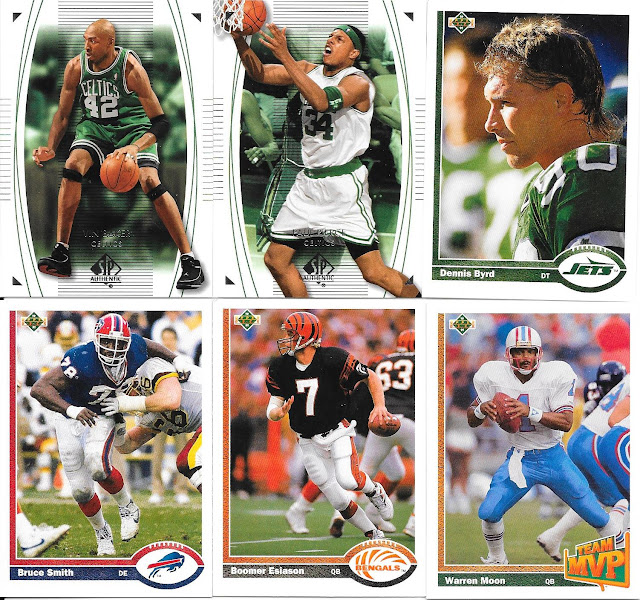 At least a few recognizable names - Boomer, Bruce Smith, and Warren Moon that I have a bit of familiarity with through his time in Canada as part of the CFL.