Hello, so in this Santa Lot 20 - an interesting name came up on some cards - Gold Reserve. At first I thought these were parallels and I would put in my binder accordingly, but it appears that Gold Reserve for 1999-00 Upper Deck was its own separate release rather than an insert set to the normal 1999-00 Upper Deck set. I am a bit disappointed, but that's life. 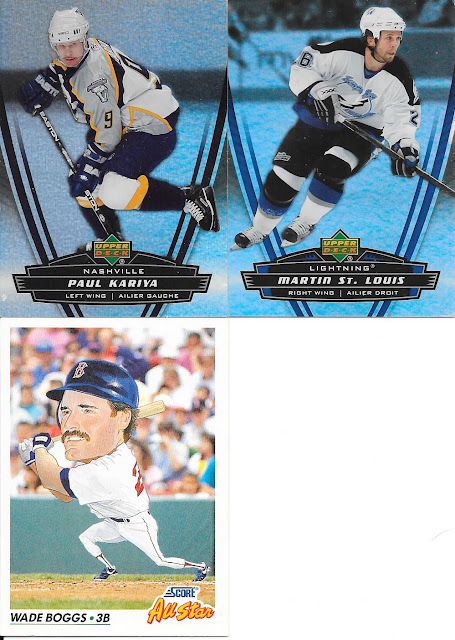 Gotta love three all stars. The Wade Boggs card is part of the base set, but I will likely put it in with the "inserts" for the fact it is an All-Star card, and any reason I can give to get a Boggs card into a binder, I'll take it. I will say, from my understanding though, Wade was a standout person and the last guy I would expect to have a big head....

Also, you can add Kariya in a Predator uniform as just looking wrong - no surprise, he is always a Mighty Duck to me. 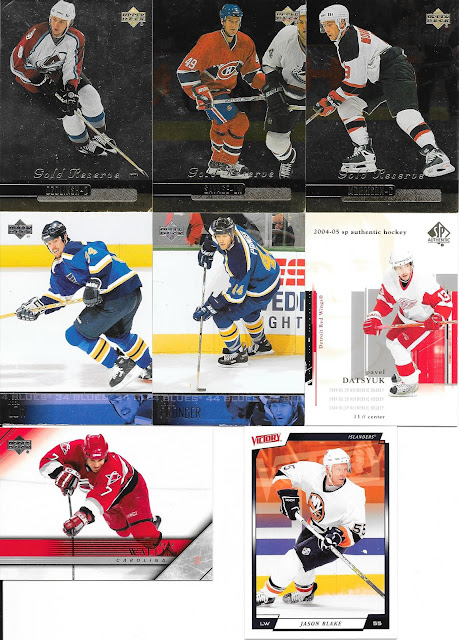 I can't say I like the 1999-2000 Upper Deck set, and the gold reserve is about the same. Between the blue back, small font, foil making it difficult to read, just not much I like about it. 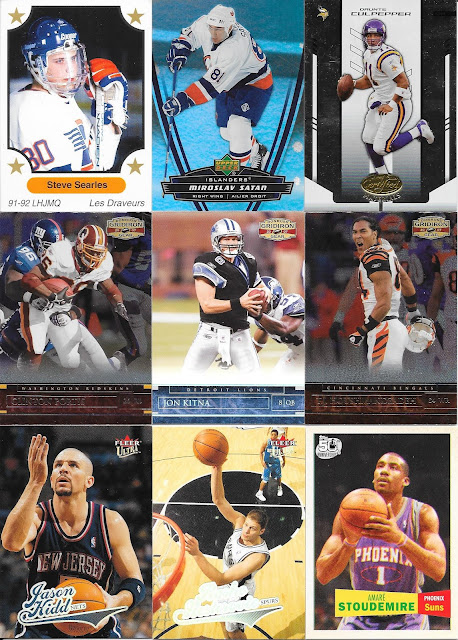 The 2007 Donruss Gridiron cards are very thick and solid - love the cardstock and decent design. The 2007 Topps retro variation Stoudemire card is nice too, but nothing here to keep.