Dollarama 80 - Anyone else remember the Ted Williams sets?

No serial numbered card coming out of this repack, but that doesn't mean that there are no interesting cards at all. 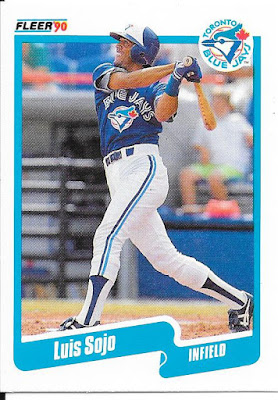 A sole Jay for the Toronto content. I remember Sojo, but was never a big fan of his and he didn't really pan out in Toronto. 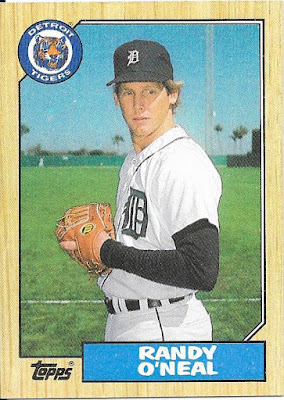 One error card - a UER with the wrong totals for MLB wins and losses on the back. Not an exciting error, but one nonetheless.

Any Donruss Diamond King I don't have is a good one to get. Definitely Jack Morris, could pick it our with the mug - no need for the name. The Ryan Howard is a Wal-Mart black parallel, and as far as Bowman Chrome goes - I would just hazard a guess that there are 50 inserts or parallels for every one card in the base set...

Overall there were about 22 cards or so that go to my traders, again nothing too special of note, but I will say, there were two cards in this 80 that were dupes within the 80s. I am sure they try not to have that happen, but it can from time to time.

As for the keepers that remain... 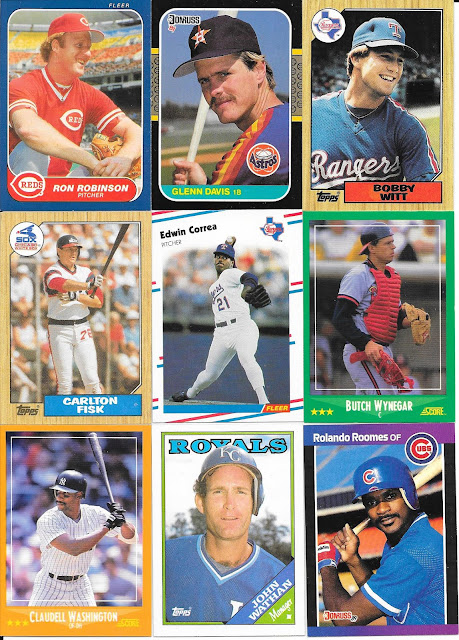 Given I have about 85% of 1987 Topps done, getting two needs filled including the Fisk is a nice go for this repack. 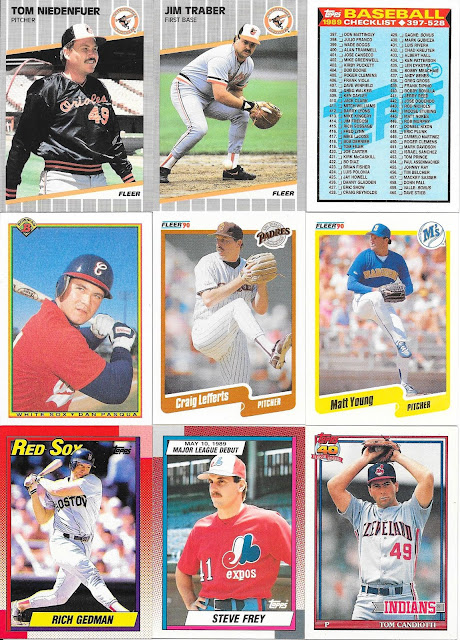 I do have 1989 Topps done, but I have this checklist here to ensure that I double check and see if this is an upgrade. I generally don't worry about card upgrading once a set is complete, but if I remember to check I will, and I think a couple of the checklists were partially filled, so I want to ensure I upgrade if needed. 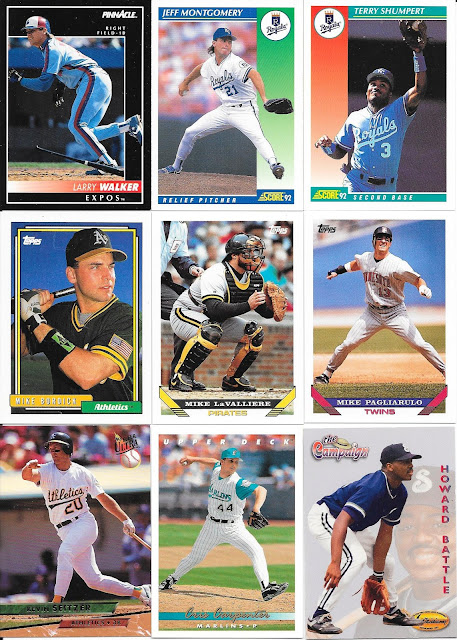 In the mid 90s, short lived, were a couple sets under the Ted Williams name. They didn't do too well obviously since they were gone quite quickly, but still neat to see a slightly off the beaten path set show up. The Howard Battle is pre-majors so I count it as a minor card which means not to the Jays binder, but since the set as a whole is a majors related release, I will still keep it for now. 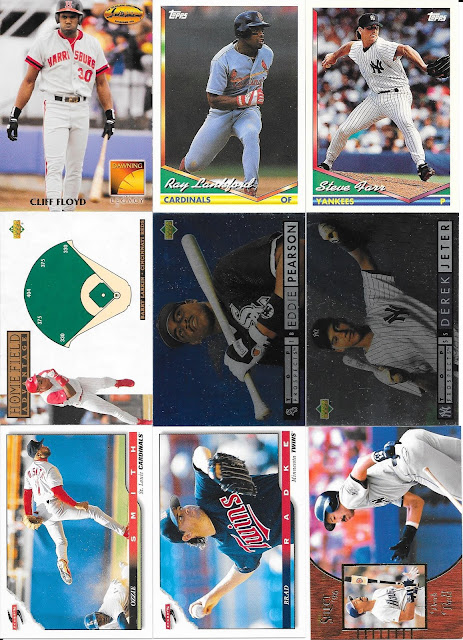 We get into some mid-90s goodness of which I have little. The Prospect Jeter pretty much makes this pick up worthwhile for it alone. A shiny metal card that doesn't scan well, but a great card. I also like the design of the 1996 Select, even though it suffers from horizontalitis. 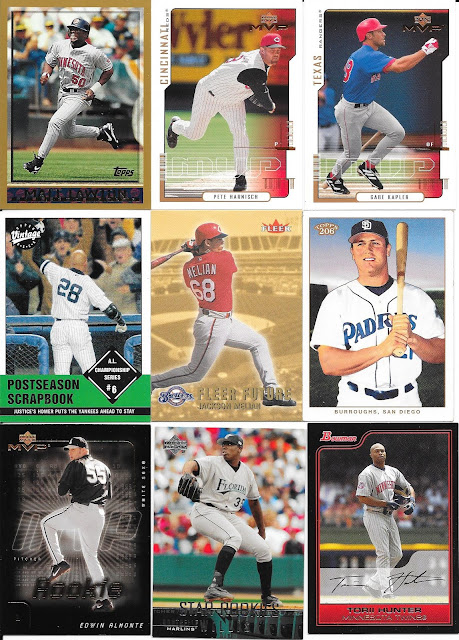 Some little seen by me awesome sets here including early 2000 Topps 206 and early 2000 Fleer. Throw in any Upper Deck Vintage, and that makes me happy. Not sure I like the Vintage design over Heritage sets since, but I would like to still have the choice these days. 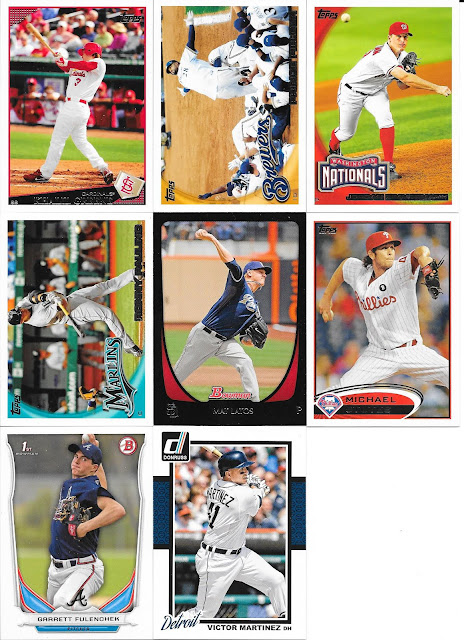 We come around to circa 2010 type cards - the Zimmerman is pretty nice.

There you have it, another 80 come and gone, but still having plenty of fun even if this overall wasn't as awesome as some of the others so far.
Posted by CrazieJoe at 8:00 AM