A break for a couple days as I have a $2 Dollarama 80 card baseball pack to share, and it is highlighted by a trio of error cards.

The 1989 Topps is a UER, the 1992 Score is really a variation because the front doesn't show the Rookie red stripe, and the Davis has a printing error on the back, which is why I am showing the back of the card (as shown by the position "Designated Hitte". Chili's would be a unique little error as it seems the ink didn't quite hit the card right on that spot.

This hald was also nice enough to throw a couple Jays my way. 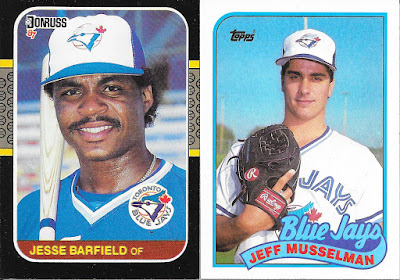 Neither new, but both welcome additions to the Jays collection.

This was actually a really good half as there were not many dupes. Here is the bunch of other new to me cards - and the wie variety is quite obvious... 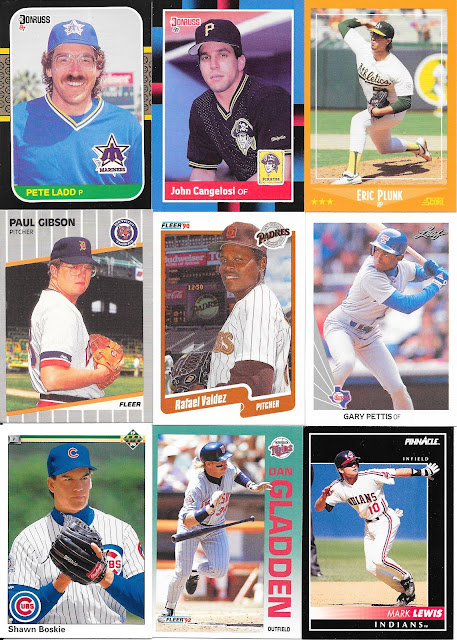 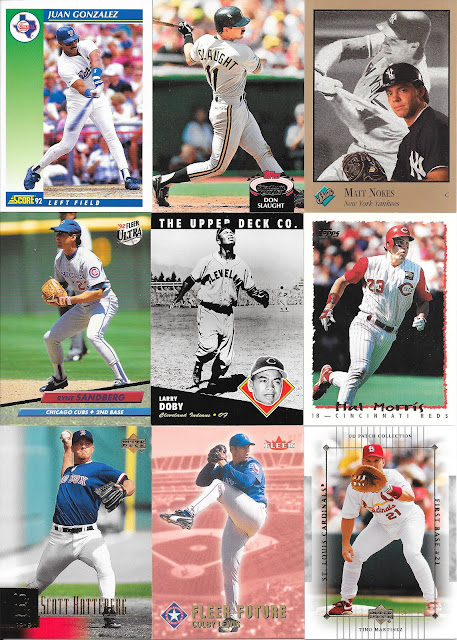 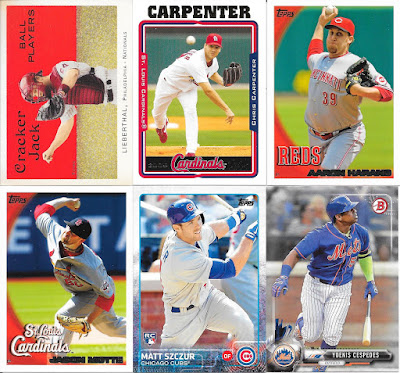 Almost no two cards from the same set - almost. The card that made me most curious is the Doby which comes from 1994 Upper Deck All-Time Heroes, a set I had never heard of or seen before, but which is right up my alley for being a glimpse at historical players. Even the back is nice with a highlight of the best season in the majors and average season stats. 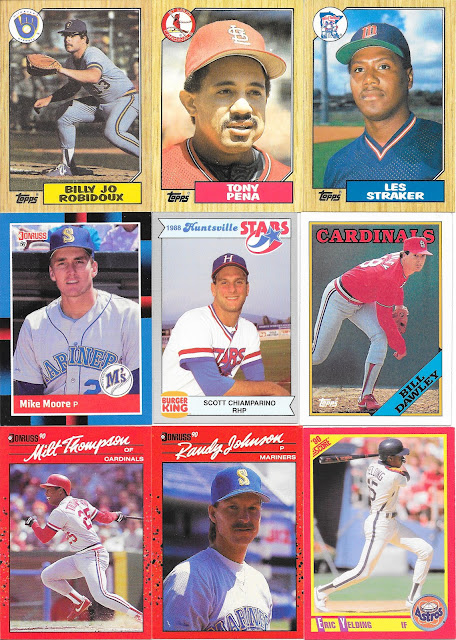 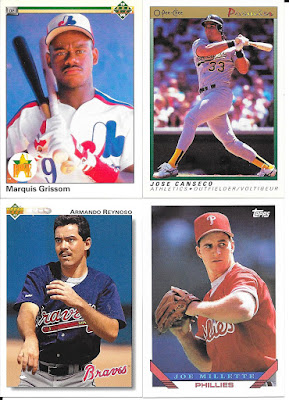 Not bad with the Randy Johnson and Marquis Grissom cards.

Overall, a pretty darn good half - we will have to see what we end up with tomorrow.