Before taking a look at half two - I finally made it to my goal for this year. Today, I put into the mail a box of 671 football cards going off to Dantheman at TCDB. It's a blind box of sorts. I know it is all cards on his want list, but he doesn't know what is coming.

In exchange, I just asked he send back what is fair in wrestling cards as he has a massive amount of dupes and items on his trade/sale list. Should be a great trade for both of us as I get to move football cards I don't collect and get some wrestling which I do.

This trade moves me over the 5,000 cards sent away this year - yay! Will keep total though and see where we are at the end of the year.

Well, I guess I did get all of the Jays in the first half of this pack, because there was no Jay to be seen...and no inserts...and no parallels....and no error cards. Just a simple have and have not game today. 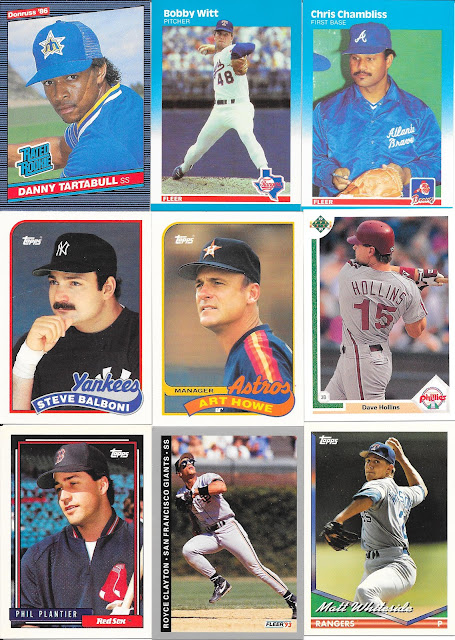 I seem to keep picking up another couple cards here and there for the 1989 Topps Traded set, and no different here.

Add in a 1986 Donruss Rated Rookie Tartabull, and that's a decent start. I remember Danny was touted as his career started, he ended up with a decent career, but no where near Hall of Fame quality. 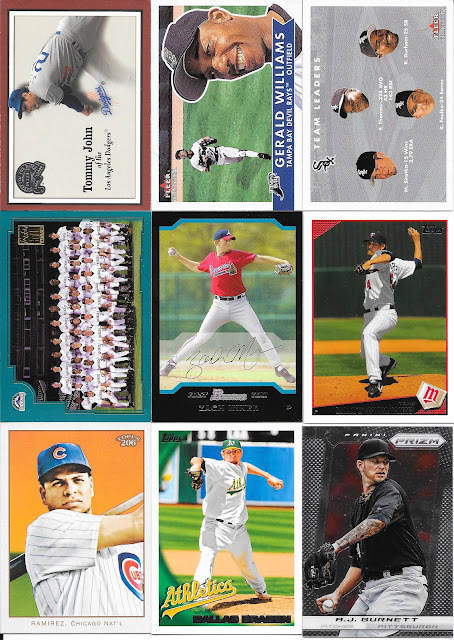 Here's Tommy! I love these Greats of the Game cards for the fact you get full stats on the back. I wouldn't have minded the year he took off being noted as for Tommy John surgery, but a small complaint.

Nice to see a T206 as well since they don't come up often, same with Panini Prizm. 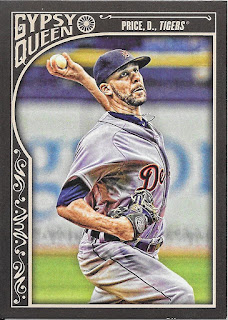 Non-Blue Jay Price - boo! Still, didn't have the card before this though.

About half and half, so here are the traders... 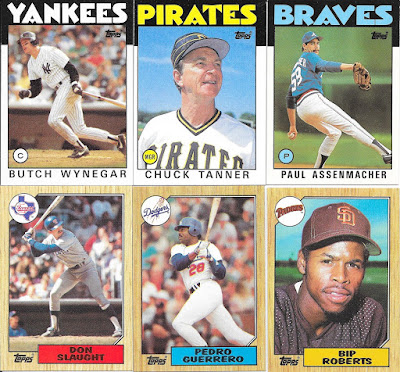 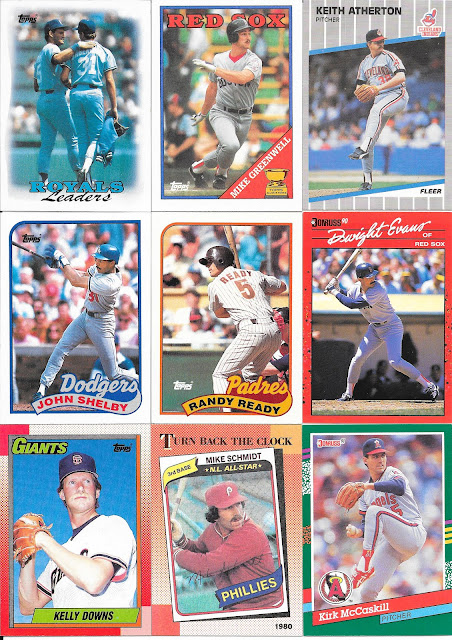 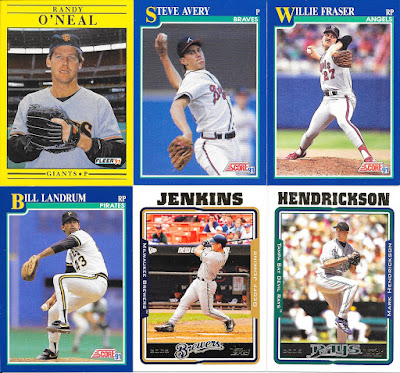 Al the usual suspects!
Posted by CrazieJoe at 8:00 AM