Here is a pack that I really don't need any of, but still - always nice to open a pack of cards. 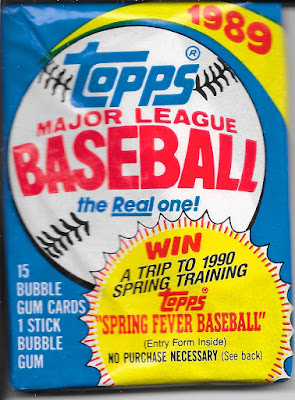 Opening the pack, the cards are a little wonky - not quite flat. Still okay enough, but they don't quite sit right. I won't bother keeping or having the gum...probably not a great idea given it is about 30 years old. 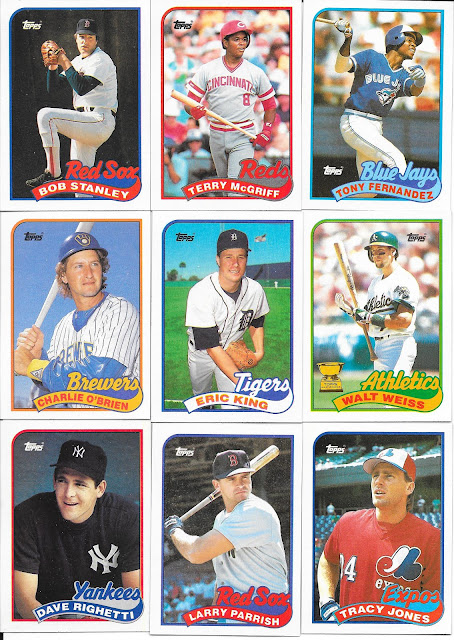 Yay - Canadian team content! Tony Fernandez and Tracy Jones. Well, Tracy will likely make his way over to Mike at Not Another Baseball Card Blog for his Million Expos goal, but the rest are up for grabs. 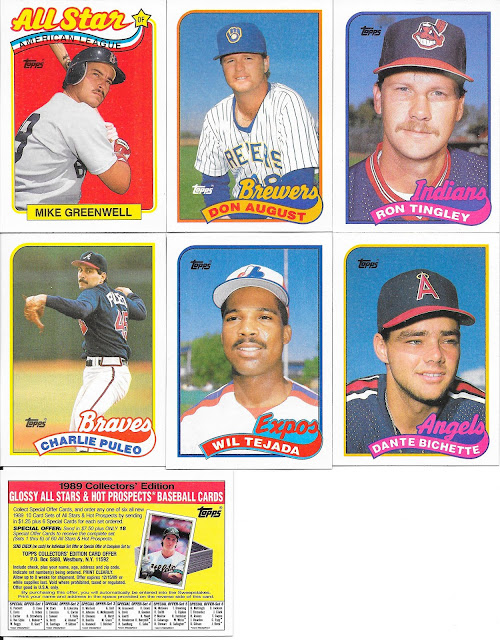 Another expo, but best would be the Dante rookie card - or maybe the Greenwell All-Star depending on your preference.  Actually spoke about Dante a couple blogs ago and his offensive prowess through the 90s. I recall him being a bit underrated at the time.

The only type of cards I may see in these packs that I need are the advertisement cards, but this was not one of the few I needed - maybe next time!

Also, yesterday I received a surprise package from AirPete from the tradingcarddb. He sent a note just saying the cards were a thank you for a few smooth trades we have done. A pleasant surprise, and the cards do well to move a few sets along. 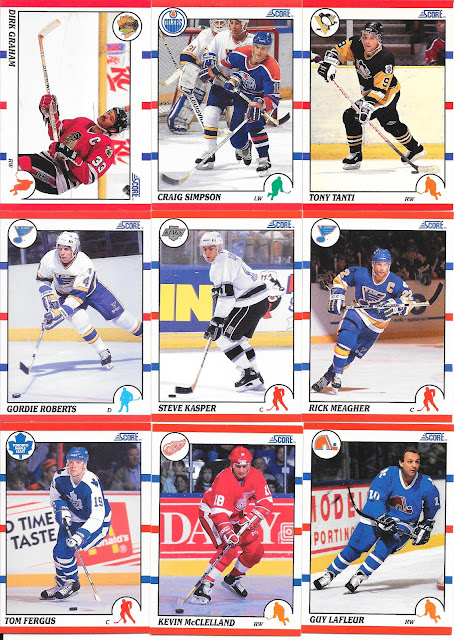 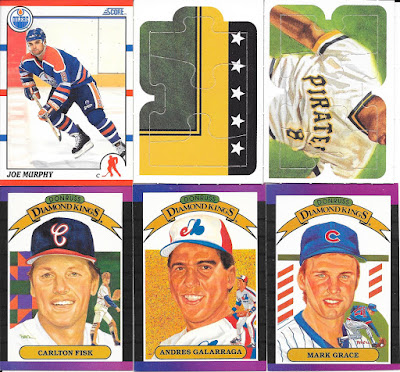 1990-91 Score American is a quiet collection set. Still need about 60 cards, but slowly completing this one. The Willie Stargell puzzle would be the third, but I was only missing a few pieces, and figure, it may be easier to trade away a completed set, so now I just need one last card.

Lastly, the Diamond Kings circa 1989 are both for a subset of them, and working towards the full set - which isn't yet on my radar to do so...but oon enough I am sure I will start really working towards it.

Big thanks Pete, love to be surprised.
Posted by CrazieJoe at 8:00 AM