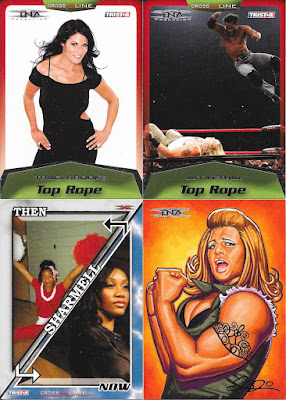 Another pack and a few more wrestling cards. Cross The Line out of 2006 was so varied in the base card design, it's near crazy. Just here were have three including the Top Rope ones which I haven't seen before. 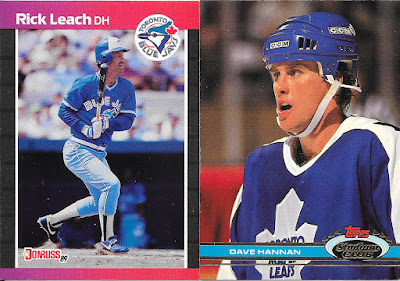 The Stadium Club was the card shown on this pack, but lucked out getting a second Toronto card with each. Rick played parts of 5 seasons in Toronto very much as a utility player. 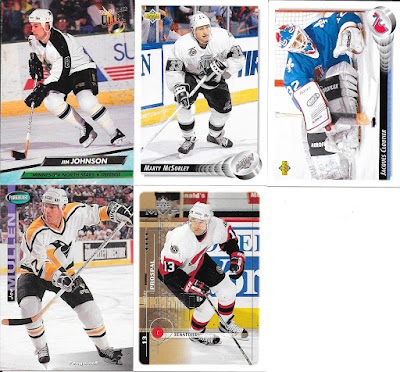 These are the new for me hockey cards - nothing too unusual, but I really like the Cloutier pose sprawled out. 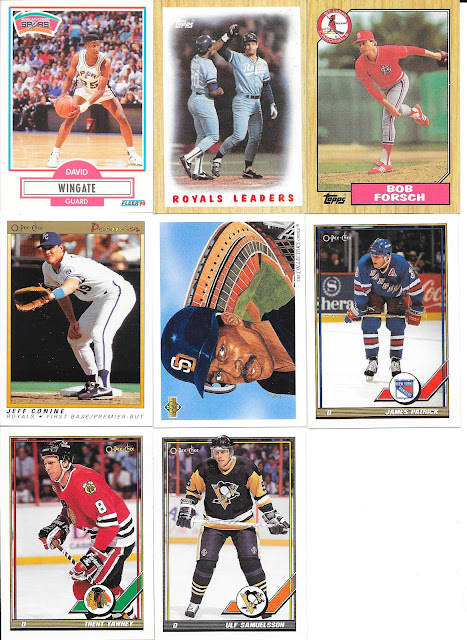 A very so-so pack, but I'll take it for the couple Toronto adds if nothing else.

What I will also take - is an opportunity for an old wrestling card on Listia - even if the conition isn't that great. I first picked up these... 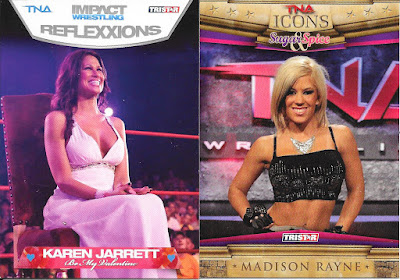 A couple sets that have grown on me a bit as I pick up some of the cards on Listia. Karen Jarrett is definitely not one of my favourite on air personalities...I'll leave it at that... 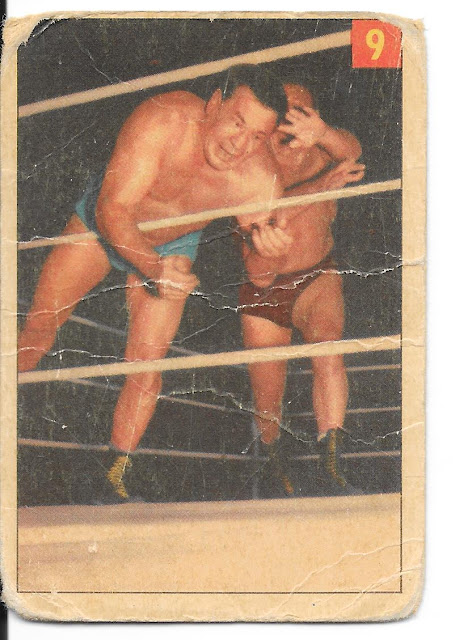 I cropped wide of the card so you can see the condition. Creases, round corners, and a bit rough, but for less than a dollar of Listia currency, hard to pass up on, and glad to now have two cards from the oldest wrestling card set on TradingCardDB - that's 2 down and 73 to go!
Posted by CrazieJoe at 8:00 AM