Just as the title says, I expect this is the second to last one I am going to open this year. I just have one more for later this month, and a couple other things for getting through ahead of the new year. As for the new year itself, I have me a plan which I will share on New Year's Eve (or maybe New Year's Day).

Let's break it down as I usually do...Jays content first! 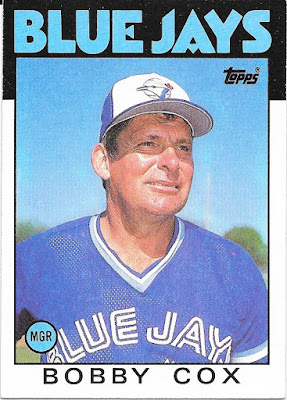 Just the one, but a great manager as much as it pains me to say that. I remember Bobby best as the man behind the difficult to play Atlanta Braves circa early 90s.

With no inserts, parallels or other such cards, right to the "new to me" keepers... 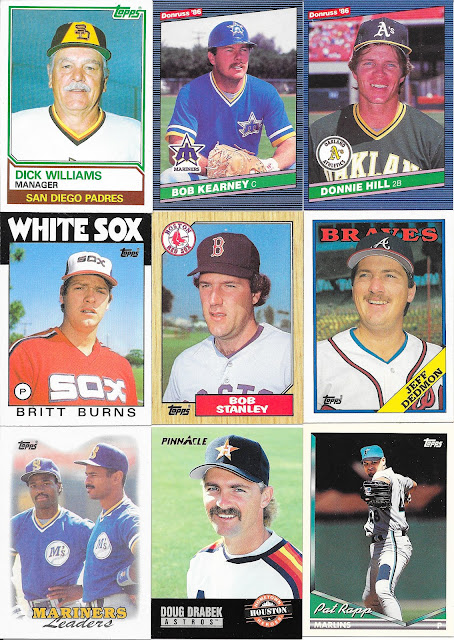 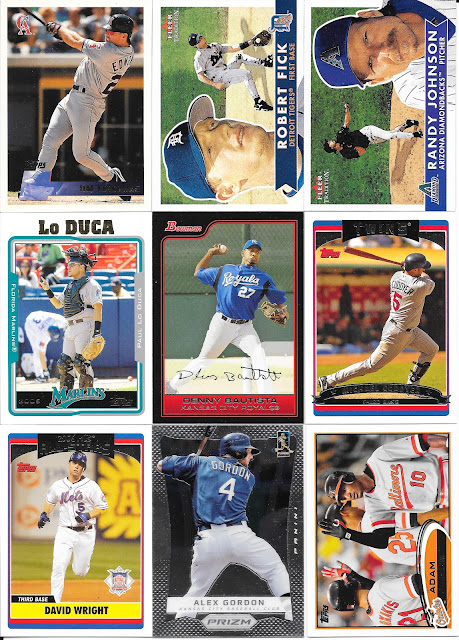 I may always prefer Randy Johnson in a Mariner uniform, but the 2001 Fleer Tradition card with him is still pretty darn nice. So many 15+ win seasons and 300+ strike out seasons - you forget just how dominant he was in his prime.

Also, though I may not be a big fan of Prizm cards, Alex Gordon here arly in his back to back to back All Star seasons isn't a bad one to get. 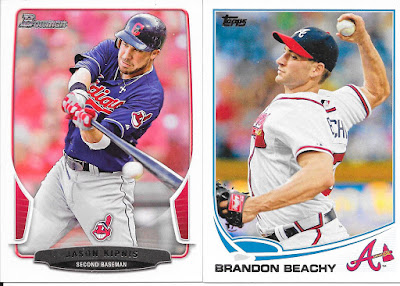 We end with a couple more recent cards. 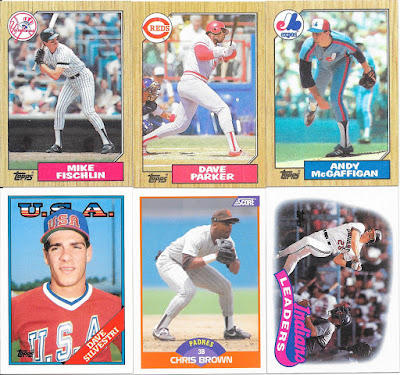 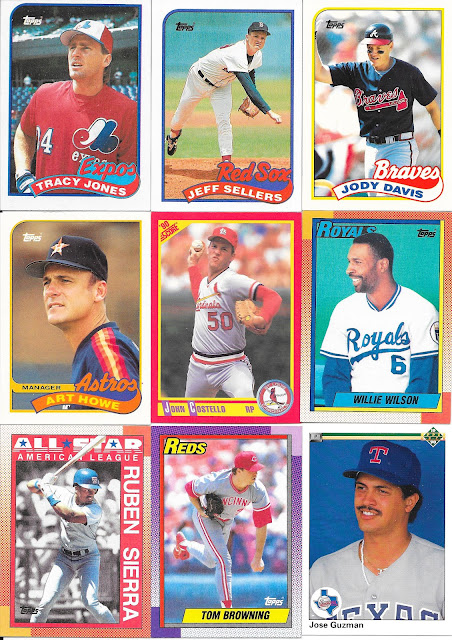 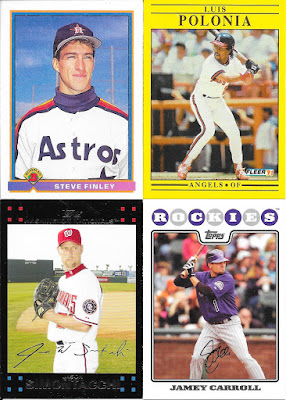 It's rare for the later (anything after 2000) Topps to be dupes, but these I think came up in similar repacks before.

A fairly basic half here, nothing too quirky and not overwhelming on things I really want. Not a great start, but anything you need here, just let me know.
Posted by CrazieJoe at 8:00 AM