I hope everyone had a great Christmas. Card wise, I got some Dollarama repacks (3), Magic The Gathering Unstable set boosters (3) because they are Artifact heavy, 24 packs of 2017-18 Tim Hortons hockey, a blaster of 2018 WWE Then Now |Forever, and the oddball (because I found out it was free, so great to get, and why not) 1996 Star Trek Phase Three. I never got into the game, and avoided i, but man, I loved the shows having watched the original series in reruns while also getting into TNG, then wasting no time getting hooked on Deep Space Nine and then Voyage. The later Enterprise was the only series I didn't really get into until well after the fact (I watched it fully on Netflix just this year).

So having shared that, I have a bunch of stuff lined up still with the Dave and Adams cards, so may be a good while before really getting to any of it...but always nice to have some stuff in the hopper so to speak.

Anyway, back to the box at hand. I started this on Christmas Eve day, so let's see how this one finishes.

Just to recap, I was opening this blasted with a scoring method which is below, just to see if I could measure how a box was overall.

Before we get to the final four packs, a recap of the first seven...49 cards so far, 116 points with all being needs which is good. 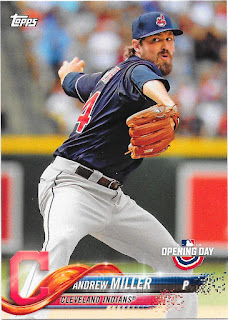 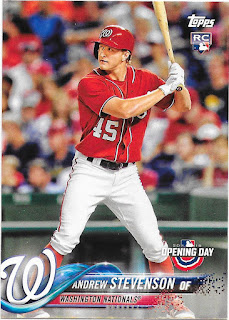 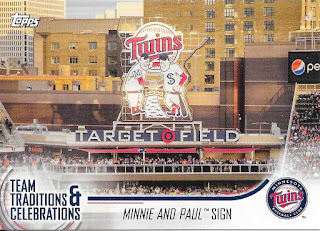 A couple base needs and the first insert of the pack - another Team Traditions & Celebrations card. This one talks about the Minnie and Paul sign,w which I figured was from the 60s, which the card confirms noting it was first used in 1961, and on team patches since then. 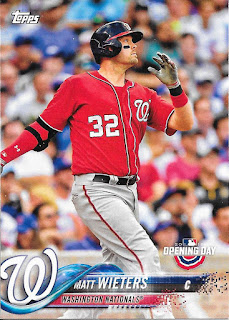 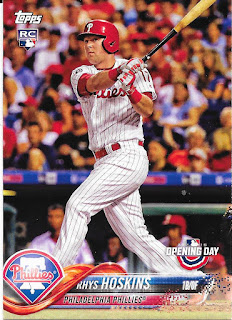 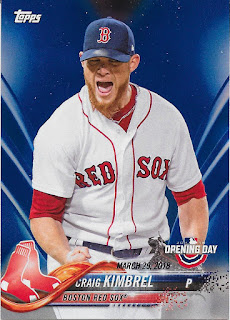 Oooooh - here is a decent pull. This is the Opening Day Edition Blue Foil parallel which are one every nine packs - not too shabby. 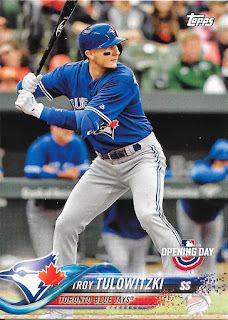 Finally, the pack ends with the first Toronto card of the blaster, Tulo!

Needing all the cards, getting the first Toronto base card, and an Opening Day Edition paraklle, this pack is good for 26 points - 56 cards now, 172 points total. 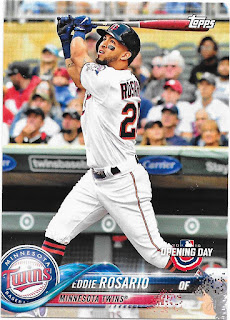 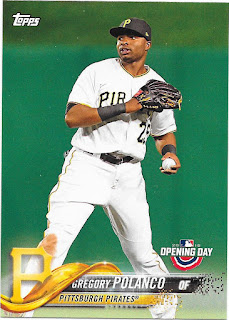 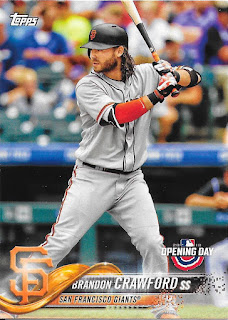 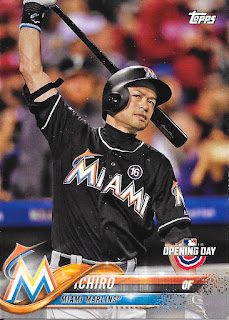 Ichiro! I don't know what it is about his pose and facial expression, but just an interesting look.Always nice to get a card of a future hall of famer. 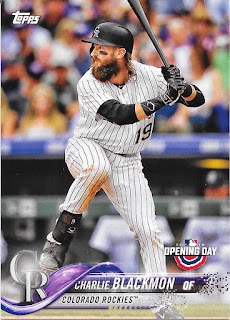 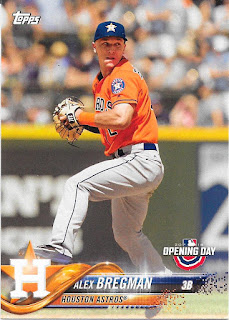 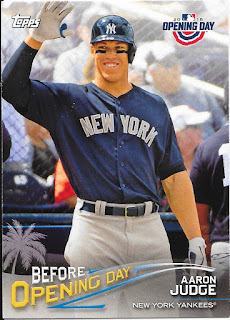 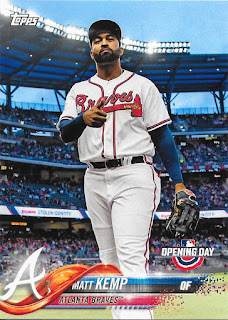 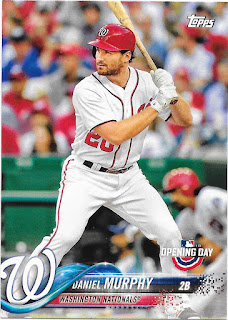 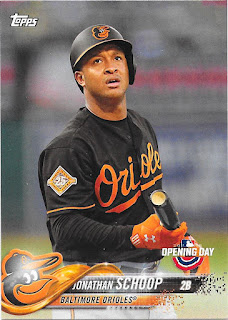 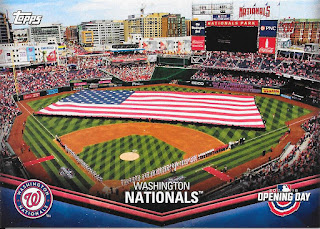 Nothing more Opening Day than a huge US flag in Washington - not sure the other 19 cards in this insert set were needed.... 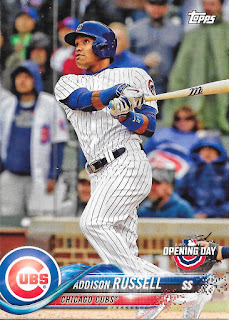 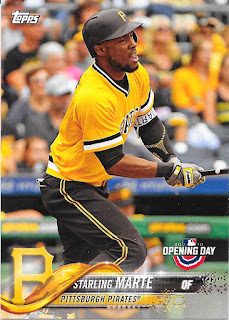 Another Uni, like Oakland's, that does really well with the design and logo here - all yellow Pirates. 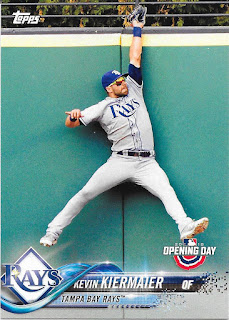 A third pack of all needs including the one in six Opening Day insert...70 cards, 207 points. 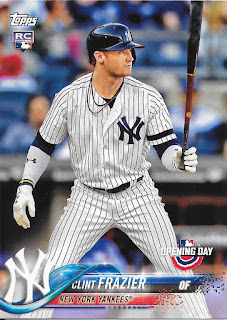 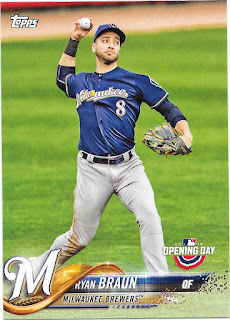 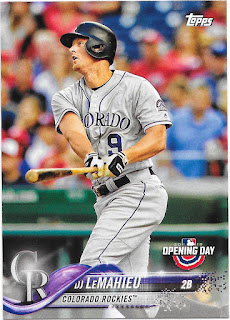 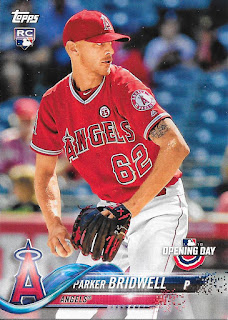 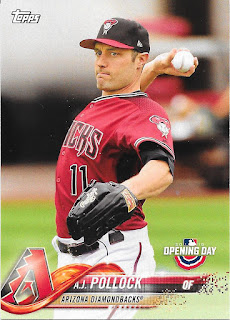 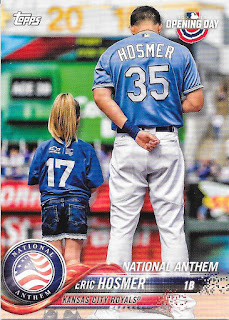 More base needs, then the rarest card in the blaster, a National Anthem insert (1 in 286 packs).  I like the insert set because the shots are different, and patriotic of course, but stand out so much more than many of the basic base cards. 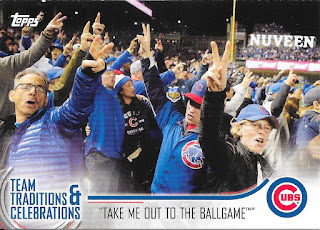 Last, but not least, we end with another team tradition - Take Me Out to the Ballgame. Most notable from the card - I can't believe that Harry Caray passed away 20 years ago! I swear it hasn't been that long....wow.