Back for the last half of the last Dollarama baseball card pack for this year, and even though there are no Jays (yet again), definitely more Fleer in this one than is usually the case from my experience. Not surprising, most cards seem to be Topps with a sprinkling of Donruss, Upper Deck and Fleer being the usual remainder.

The first extra bit of Fleer comes in the inserts/parallels..

I hadn't seen the 1989 Fleer Glossy parallels before getting into these repacks and now have 5-6 of them. I do like the blue colouring on the backs better than the yellow - easier to see (which is why I scanned the back of one instead to show).

This also has my first 1994 Stadium Club parallel; which appears to be a golden rainbow or similarly named one. I really like this actually a lot better than the base which uses a maroon like colour around the last name on the front.

Not to fear though, still a lot of Topps cards from base sets, though at least this also included a 1990 Topps base card which spells the team name Rapids on the back Rap1ds - never corrected either. 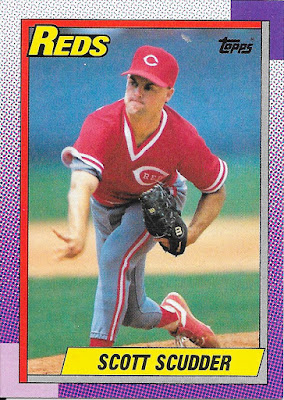 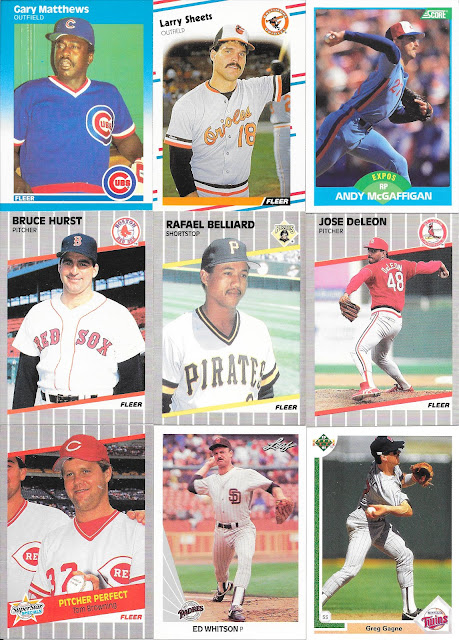 As you can see - plenty of Fleer that I didn't have before - all late 80s. Had not seen the Browning perfect game base card when looking through the checklist. Always like base cards with important highlights like this. 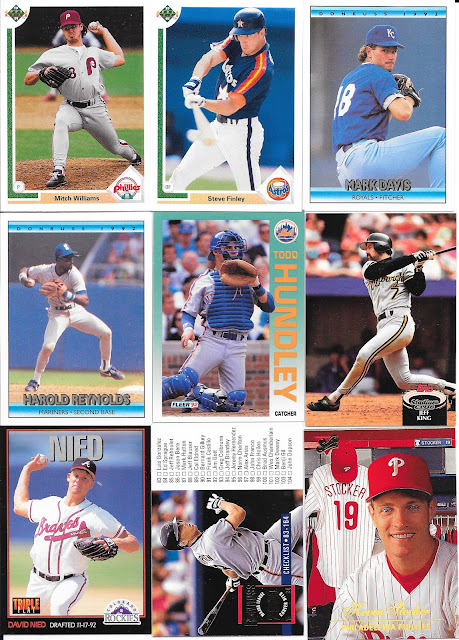 A good example of checklists done right with the 1994 Donruss card. Being able to multitask - being a checklist, but also highlighting 2,000 hits for Cal Ripken Jr. 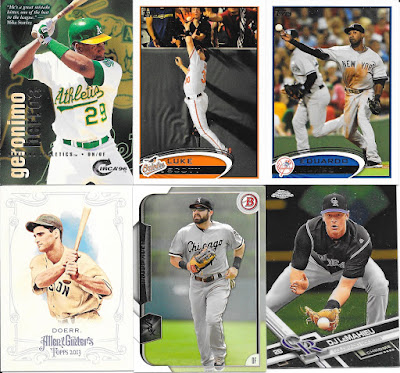 There's a set we don't see very often - 1996 Circa. I think I may have seen one other card in the last few years. One of the highlights of the pack has to be the A&G Doerr though. 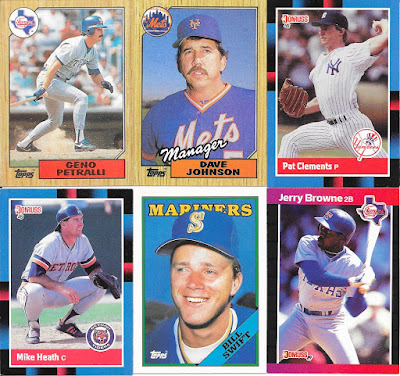 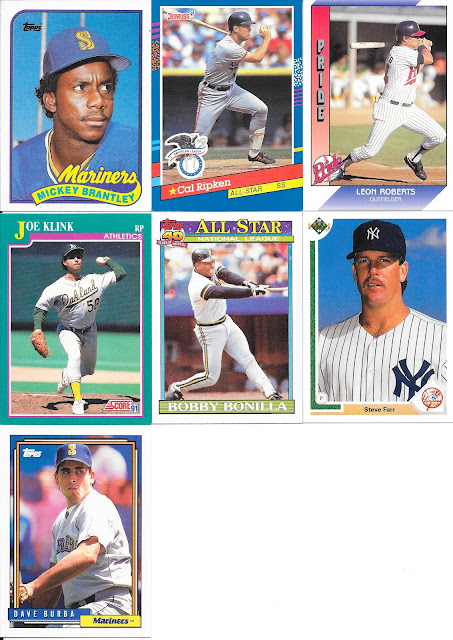 1991 Classics minor league card which I hadn't seen before. Here we have Leon Roberts. Not a horrible design, reminds me very much of the Nolan Ryan Express set design from the early 90s.