So, I thought I had two more blasters to go through with this points system thing to see how it worked, but once I opened the next box, I knew it wouldn't be a good candidate per se. What box did I get? 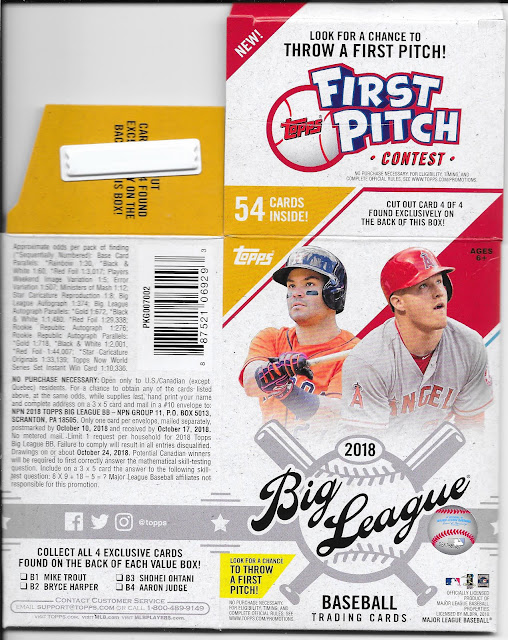 I haven't had any Big League card packs since it came out, and I figured why not - they have nice pack design if nothing else.

So what I didn't think through is that with 5 packs plus the blue border pack, the big winner is my unopened pack collection... 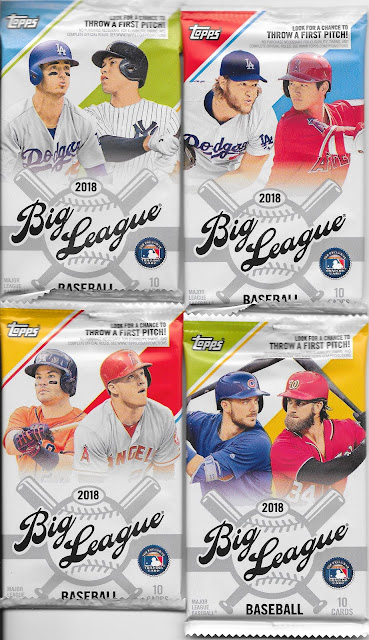 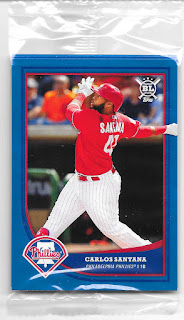 With the different pack design, I am keeping all of these as unopened packs, and the same with the Blue Border pack, though I can tell you what was in that one...
- Carlos Santana (I really liked his song Smooth with Matchbox 20 - and yes, I am kidding)
- J.D. Martinez
- Kole Calhoun
- Scooter Gennett

So that leaves me with a single pack to actually open up and look through, but let's see how this point scoring system works nonetheless... 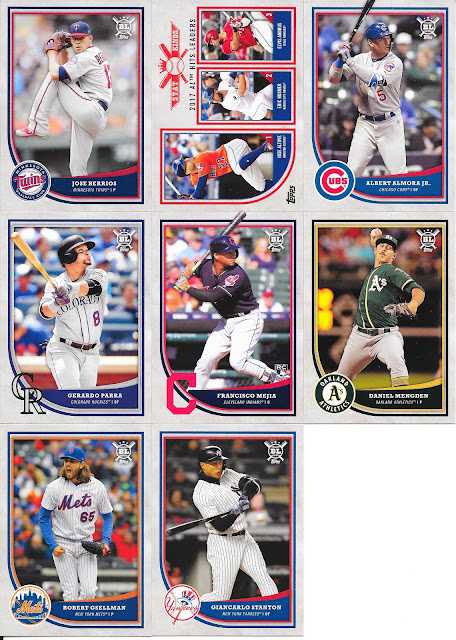 The AL Hit Leaders and Stanton are the best of these I think, though all are adds and none are Jays. The design is pretty tame, but I don' mean that in a bad way, the pictures standout, and the design doesn't detract, so I like it. 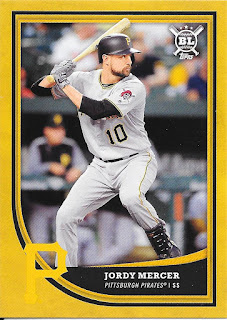 Golds are one per pack, which I would say as an insert is only a point, but since I need it, still going to count it for the higher count of 2. 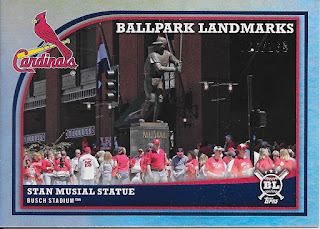 Nice - this is a rainbow parallel which fall one per 30 packs, guess I opened the right one in the box. The fact it is also of a nice subset card is great too. 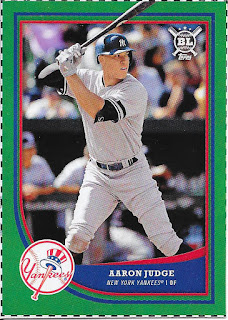 Can't forget about the box card as well - I ended up with a Judge - since you get one per box and there are 5 packs in a box, we will call this 5 points.

So we have 11 cards and....53 points. That's an average of 4.8181 points per card which could have been a whole lot worse, but feels right in that the 2018 Opening Day blaster had better overall with the more scarce hit (and a Jay card).

Not going to complain so far, the system seems okay, but tomorrow we can start a third blaster to see if that trend keeps up.
Posted by CrazieJoe at 8:00 AM