Well, doesn't get much easier to be able to compare a couple blasters than by comparing two of the same blaster... 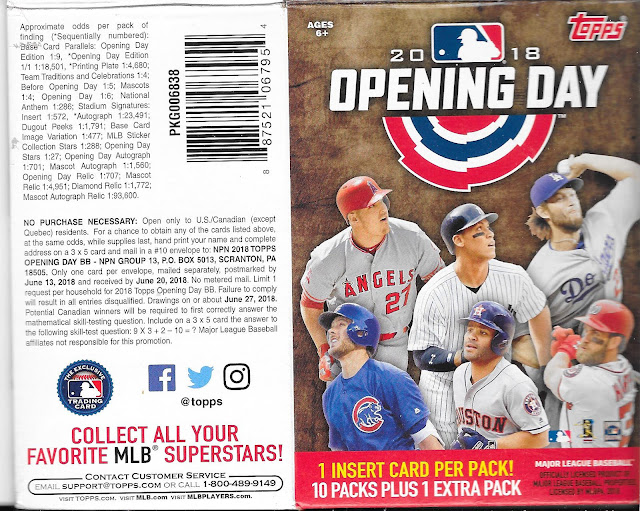 Starting today, and through the rest of the year (yes, I mean the next few days), I will give this box the same treatment as the last.

It will be generally harder for this box to be as good as the first, as duplicate base cards are not going to be as worthwhile to get the second time around - which is valid enough whenever getting a second blaster from the same set. 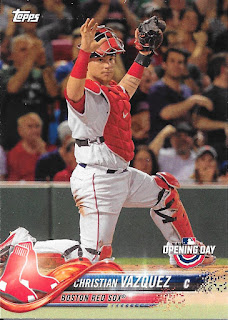 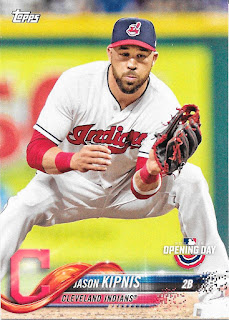 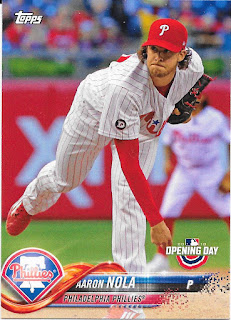 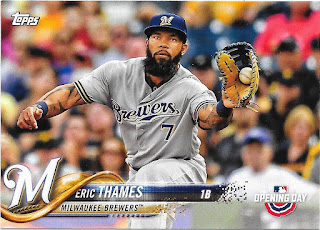 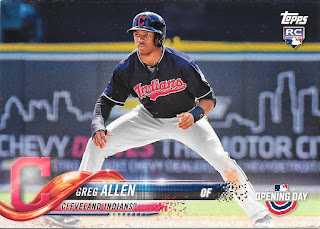 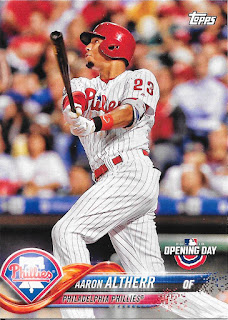 A great pack for Cleveland and Philly fans with two of each, but best pic of the bunch to me is Thames. All needs filled - a bit surprised no dupes with the blaster being 1/3 of the 200 card base set done, but fingers crossed that continues. 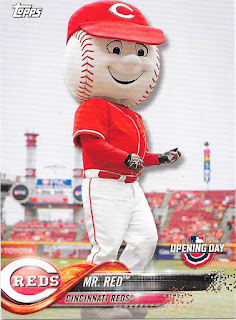 We end with another mascot card - good old Mr. Red. I love the write up on the back which basically alludes to the fact that he first appeared on a club yearbook in 1953, that became a mascot in the 70s, and that he stand 47 baseballs tall...I'd be curious how accurate that measurement is. 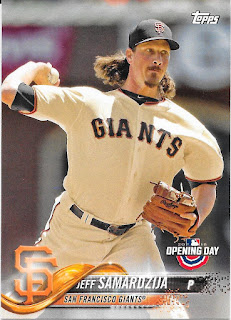 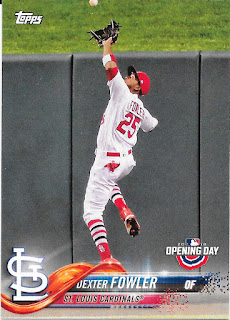 That's a nice shot of Fowler going for the wall catch - I am really enjoying the photo work on this set. 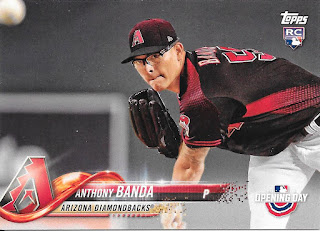 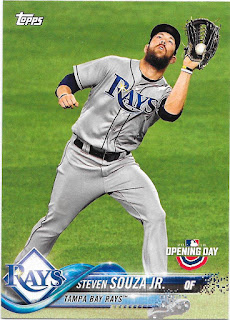 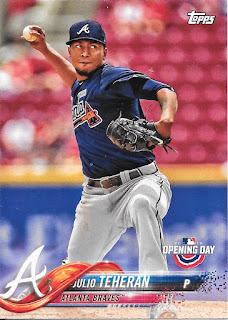 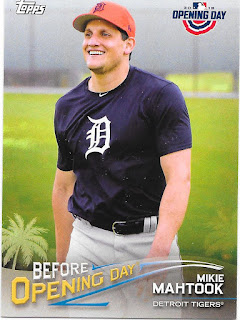 Interested to see how Mikie does next year - I don't know much about him per se, but Detroit should be somewhere he can get some games in and improve. 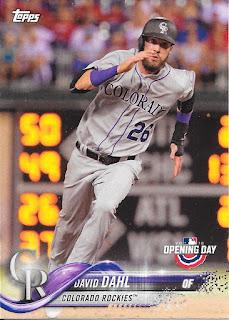 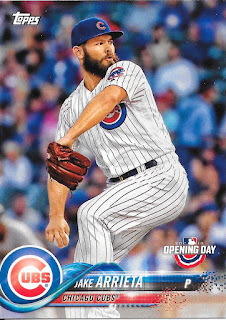 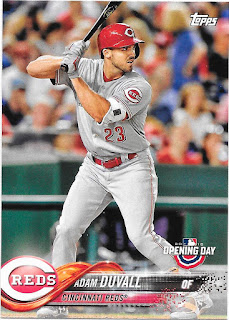 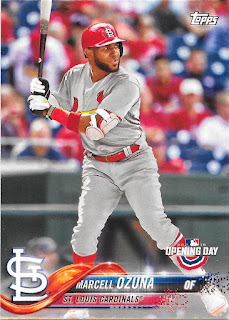 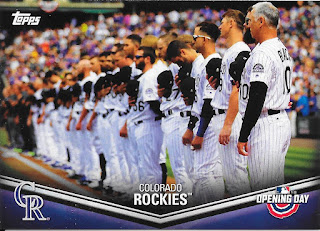 Here we finally have the first duplicate from the set, and it happens to be the insert! I don't bother cutting down the points because I figure, should be able to trade the insert for an insert, so it all works out. 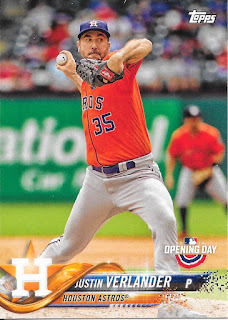 Still getting use to Verlander out of a Tigers uniform. 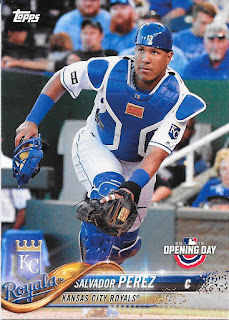 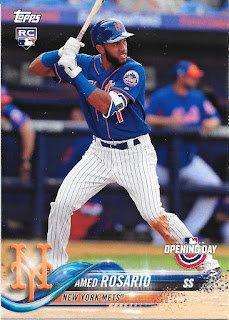 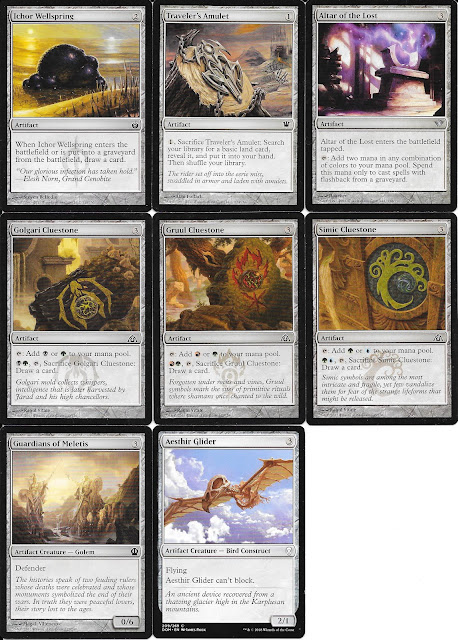 These were a bunch of single card Listia wins, and all for decent prices. Most being new for my artifact collection made them easy to bi on, and why I wanted to win them, 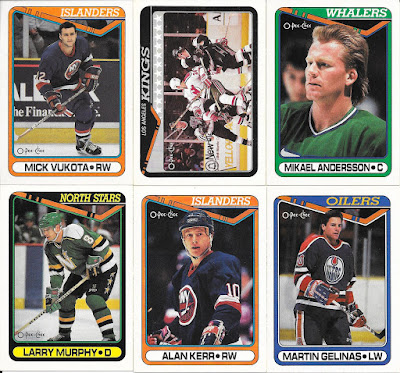 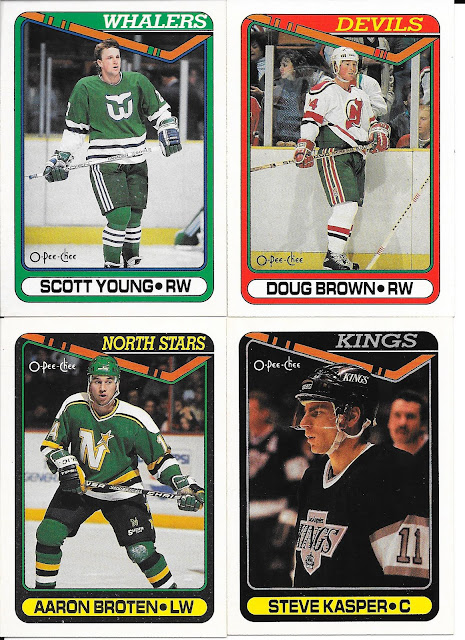 These are the keepers from about 8 different wins. They were for different team lots of 1990-91 O Pee Chee hockey cards, but I won them because I needed at least one card from each of the lots for the set completion, and because each lot went cheap - only 10 to 15 cents. So, I probably have some upgrades for the set too as these were all clean, and I do have some gun gum stains on the ones I have been keeping.
Posted by CrazieJoe at 8:00 AM