Time for another go through of some recent Listia wins - a theme of which will be wrestling. Not everything recently has been wrestling cards - some other stuff too!

Yeah, that was cheap for having you stick around...either it will work, or you already scrolled to the bottom of the post.... 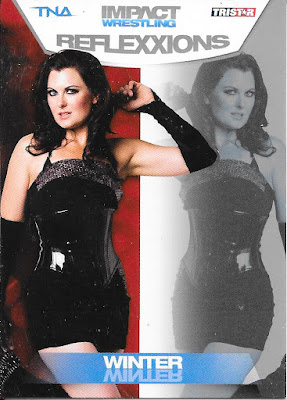 I don't know why I really like these Reflexxions cards from TNA. They are a bit different in design I guess....I don't know, but the colour and black and white reflection pic work well together for a unique front. For WWE fans, Winter was the short lived Katie Lee Burchill role back in the day. If you don't know who that was, you aren't missing much. 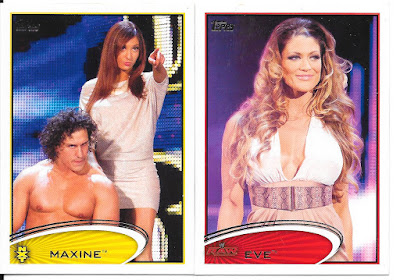 These are my first 2012 Topps cards for wrestling - the design being very similar to the baseball design that year. Between the two, Eve was obviously the bigger star, though Maxime is still in wrestling, currently with Lucha Underground.

This next bunch of cards is all from a single seller. He accidentally listed a listing as free shipping Canada (I only bid on them as I try to pay zero dollars on anything Listia), I bought before realizing it was likely his error as it was a get it now / buy it now option. I contact him, he said he was good for it and if I wanted, to let him know what others I wanted, he could do free shipping for those as well. As it turned out, I ended up with about 35 cards for a buck. I haven't kept the different lots here, but have them mangled together here.

These are the few inserts. As it worked out, the Hideo Itami was one of the insert cards I needed moving me to 43 out of 50 on the set (2017 Topps Then Now Forever Insert Set Finishers and Signature Moves). Even both Kurt Angle Evolution cards were needs as I now have 19 of the 50 Evolution inserts from 2018 Topps WWE. 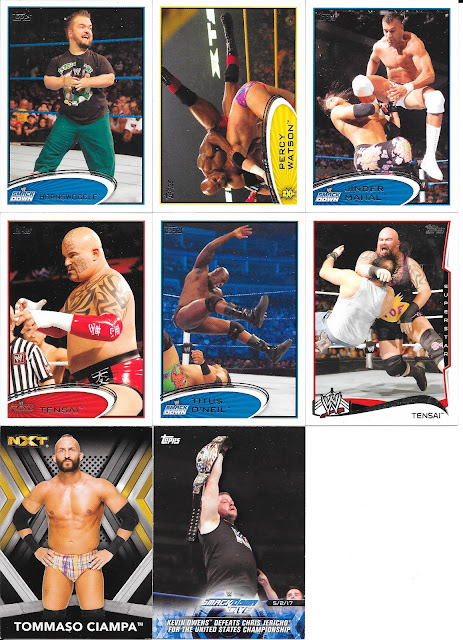 Some decent base cards including a Titus O'Neil which I have been looking for to go with my Dana Brooke card, and the signatures I have for both (though actually, I'll use the Titus card coming up instead...). 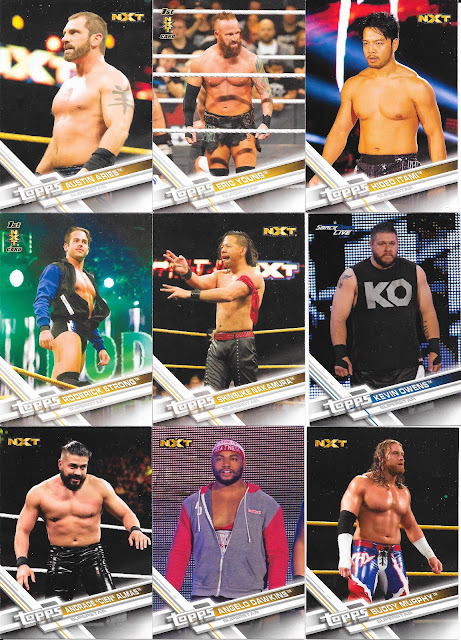 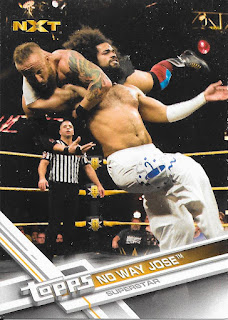 We get a bunch of 2017 Topps cards which I didn't have and cover a number of NXT stars mostly. 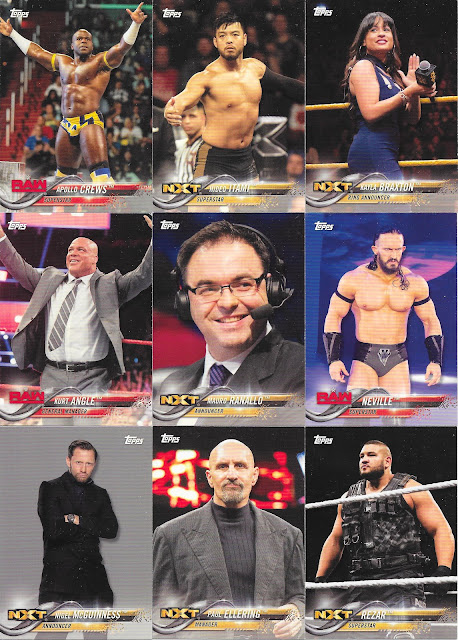 We have some 2018 cards which actually get my set to the half way mark on these base cards. I will mention - odd they couldn't use a different picture for Strong here and from 2017. This is also the Titus card I will actually use as the reds present better I think.

All in, just a few dupes which worked out well...

Can't beat the best heel in wrestling over the last year or so with Ciampa.

A great bunch of cards and a great seller.

Another seller on Listia, but more wrestling cards - I finally picked up some 1985 Topps WWF cards. This is the set I remember from my childhood as I have said before. This is wrestling when I was a kid (or maybe a couple years before the real rock and wrestling memories. 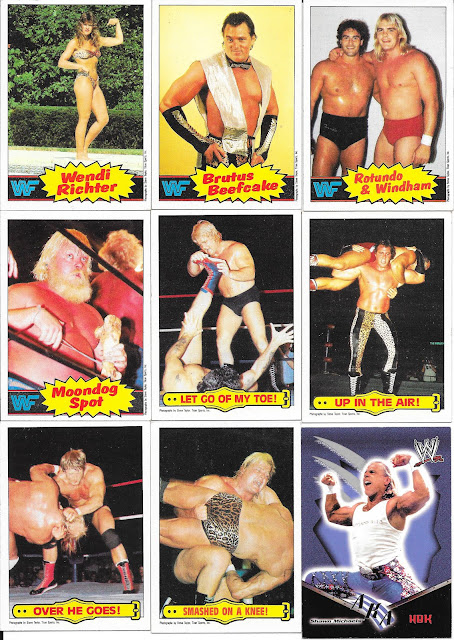 The Shawn Michaels was an extra thrown in, as was... 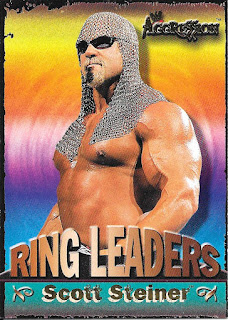 Nothing is finer than Scotty Steiner math!

Those were two nice extras swent in...one other, which I am not keeping... 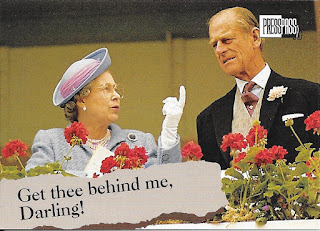 I had no idea there was a set put out for the Royals. An interesting idea, but just shows that there was a card for everything in the late 80s and early 90s (this is from 1993).

A few quick cheap and single cards that I picked up, even though they were not new for the collection.... 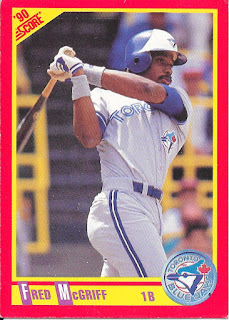 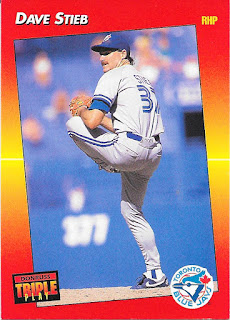 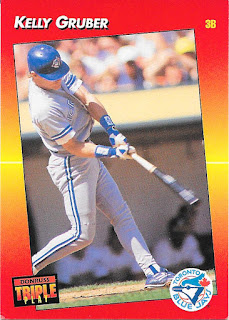 and dang it - the man made the tag, and it was a triple play.

A did also pick up some newer Jays cards which were also....new... 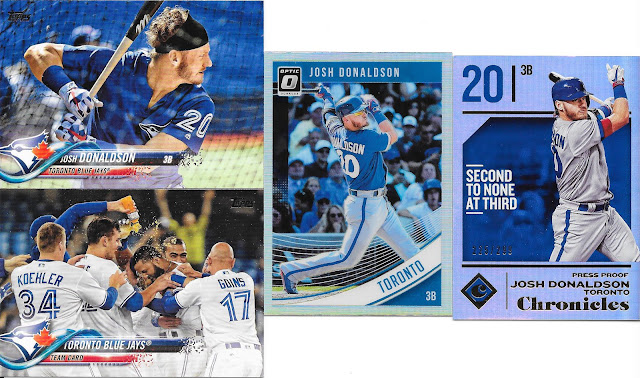 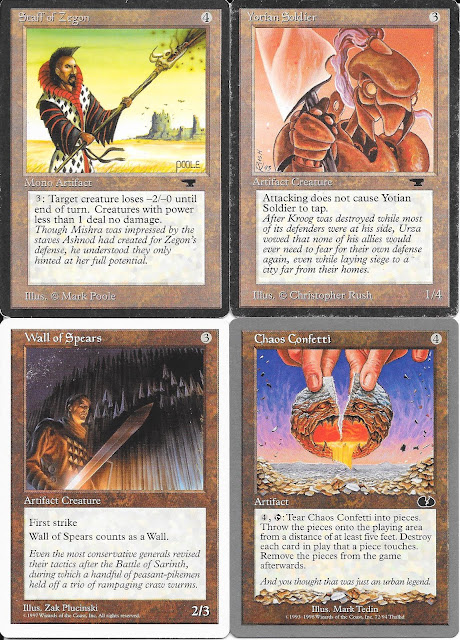 These were four different auctions. The best is the Unglued card - Chaos Confetti. I'd like to say that no one actually played it for what it says, but then found this video. Funny to see, but I guess it probably was used that way more than once.

As for the other three, I have at least a copy already, but since you can play with four in a deck, I do collect and keep four of each. 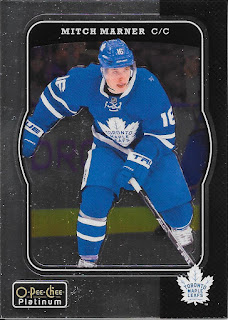 A nice 2017-18 O Pee Chee Platinum Retro Marner card. I liked getting this one since it is a decent insert I probably wouldn't have gotten otherwise. 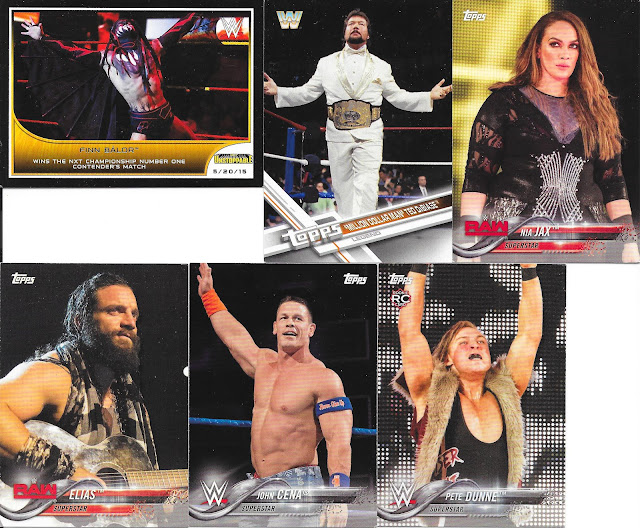 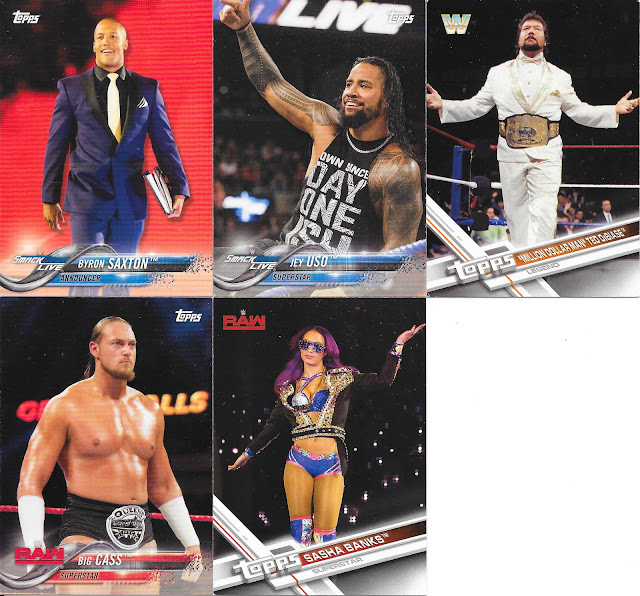 Told you. Also, that Saxton card is just so, Saxton. At least Big Cass got a few cards made before he disappeared, though I could see him being brought back down the road. The lot, and the next couple were from the same seller as most of the rest of the wrestling cards. 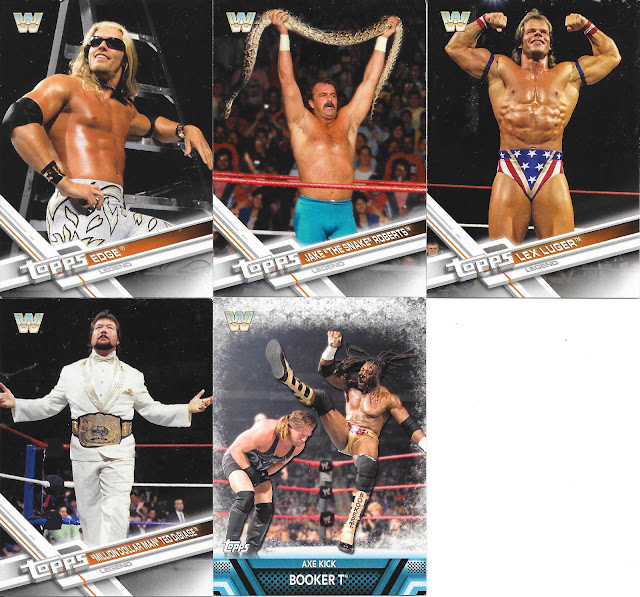 Why not one more Million Dollar Man card. Trust me, it reeks of awesomeness. 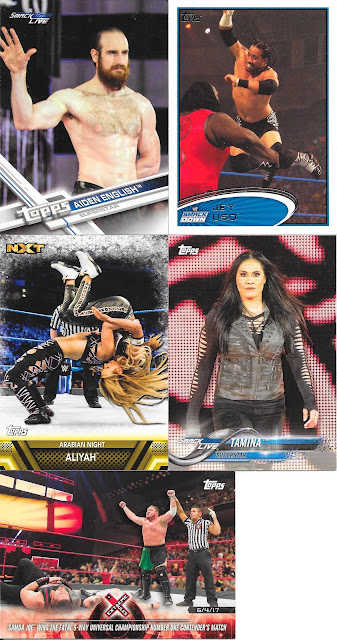 I haven't looked hard enough, but I wonder if any of the Uso cards were done incorrectly and pictured the wrong one...they look similar enough, I could see it happening. Heck, they messed up Kofi Kingson and Xavier Woods, so more than possible to have done so with the Usos. 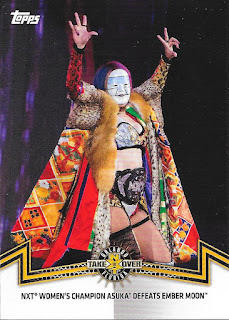 This is my first 2018 Women's Division set card, and an insert of Asuka at that which is a great way to stat. A nice clean design - I like it.

So, if you stuck around, we will end on a high note, and go back to baseball. I had my eye on this card and the price was steep for what I like to pay on these things on Listia, but when the price bumped down 20% before it closed, I jumped and won this... 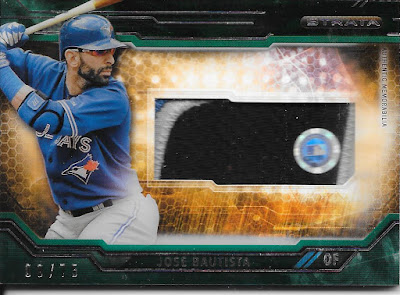 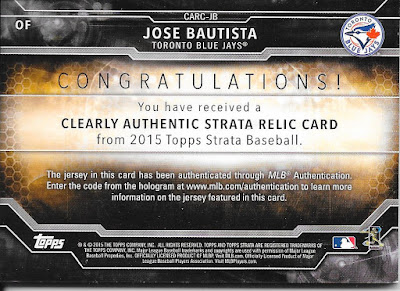 A very nice, SN to 75 piece. Doesn't scan as nicely as the patch is set in a bit (the thing is about 6 cards thick). What blew me away, was it came with a bonus card... 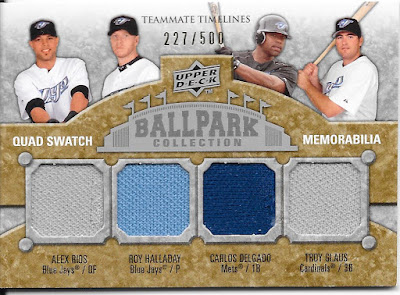 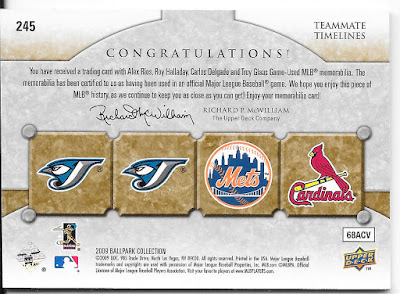 Well worth the purchase, and adds a couple cards to the few Jays memorabilia cards that I do have. A great way to end this post too with a quad...though that is more figureskating than it is wrestling...
Posted by CrazieJoe at 8:00 AM