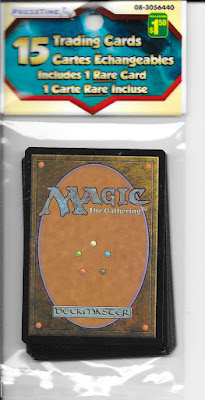 As usual, hoping to get an artifact card out of the pack and maybe another card or two out of interest to discuss. 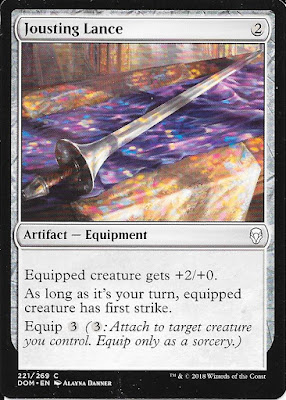 First card in, and I get my artifact, and a new one at that. This is out of the new-ish Dominaria set. I don't have one of the packs either yet (have to change that sooner than later), but atleast now I have an artifact card from the set.

Not a fan of the equip mechanic, but rules change over time - can't stop that I guess. 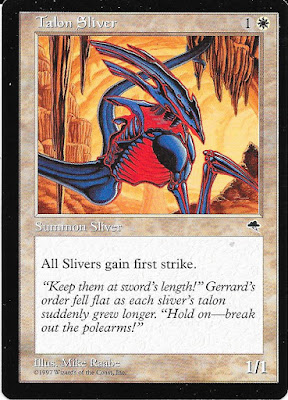 The oldest card in the pack circa 1997 Tempest - and probably the time of some decent flavour text. 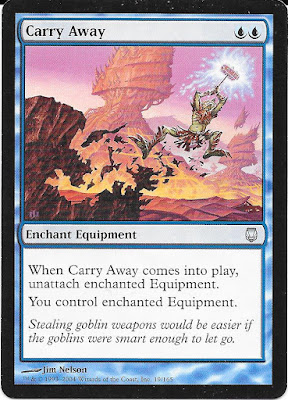 Speaking of good flavour text, this is a nice one! Nice getting an uncommon as well. 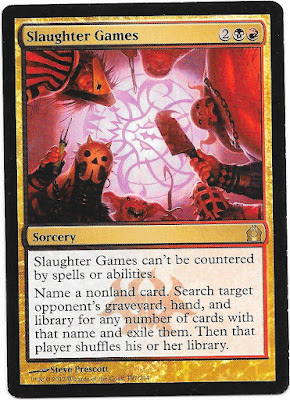 Nice - also get a rare card as well - works well if you know your opponents deck. 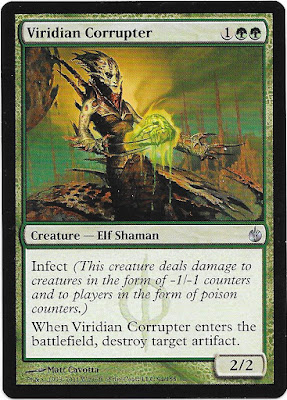 The yay - an uncommon - the boo - who likes to destroy a nice artifact... 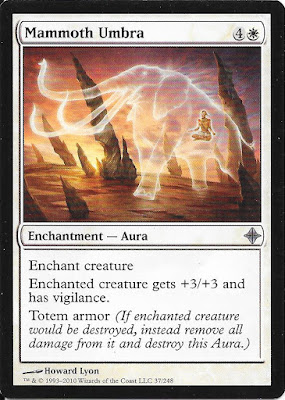 Totem armor is a nice effect, and another uncommon card. 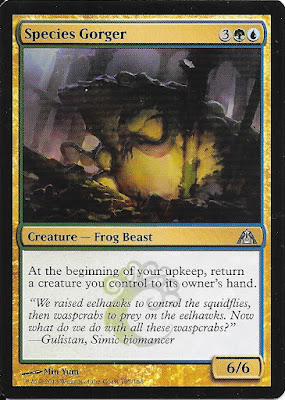 Okay, I really can't complain as far as rarity goes in this pack. They may not be high quality, but still, the number of uncommon cards is surprising. Here, a 6/6 for 5 mana ain't too shabby even with the side effect. 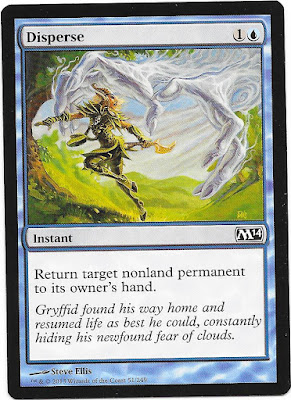 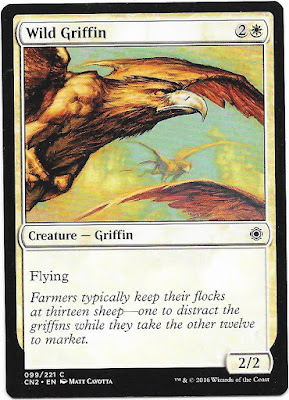 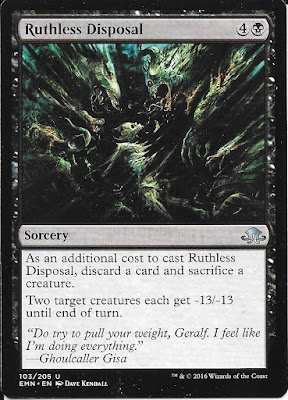 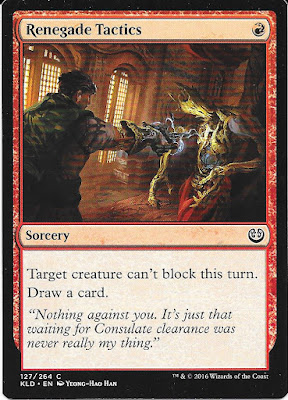 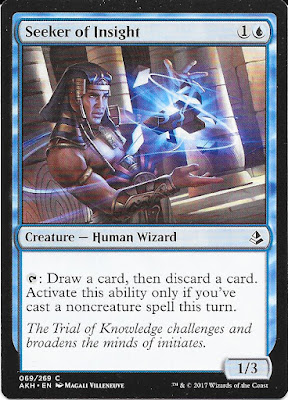 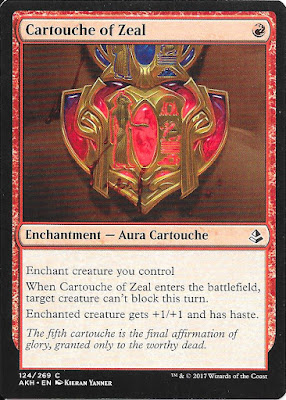 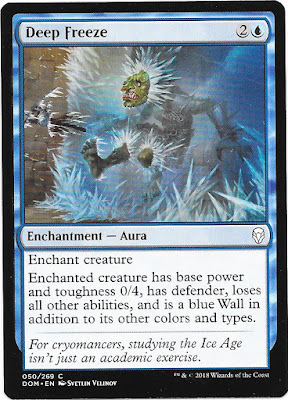 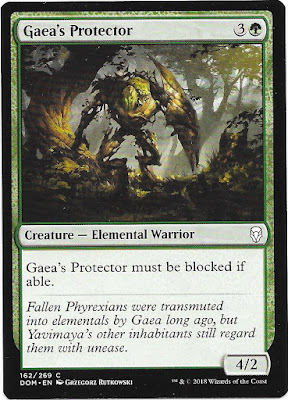 Overall nice pack - I should have picked up more...
Posted by CrazieJoe at 8:00 AM