Today's pack, we have some early 90s Upper Deck. I actually have about 72% of the set, but that still means well over 200 cards I need - so let's see if I can knock a few off the needs list. 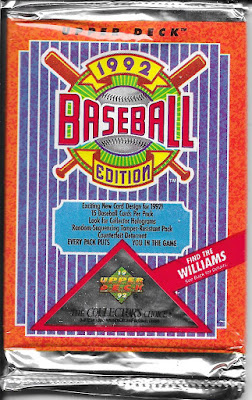 We start with the highlight... 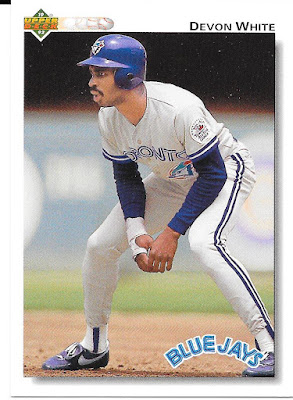 Devon only brings one term to mind - WAMCO. Best Blue Jays line up ever - 1 to 5 hitters being White, Alomar, Molitor, Carter and Olerud. I miss those days for the Jays and being on top of the league.

The other adds to the set... 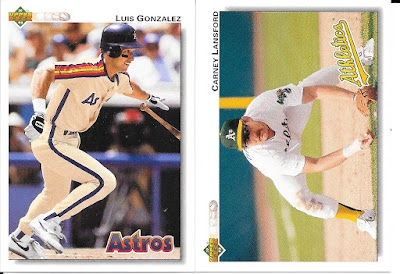 That's it. Not a great pack for set completion, but what can you do. 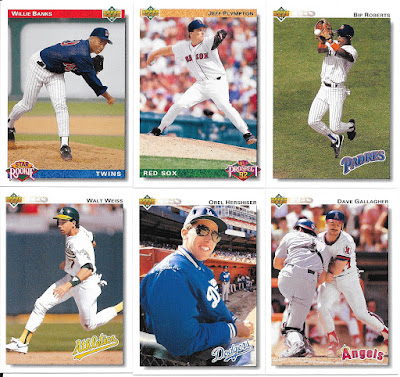 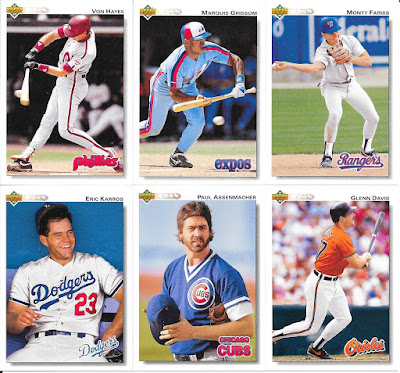 No surprise for being Bipped in an early 90s pack.

Speaking of good Canadian teams in the early 90s, Grissom was definitely a good player in an improving Montreal line up in the early 90s. Matquis was in a similar role for the Expos as Devon for the Jays.
Posted by CrazieJoe at 8:00 AM