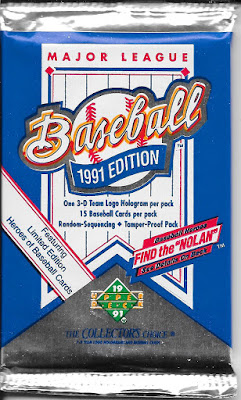 From yesterday, we now head back another year to 1991 for the Upper Deck set from that year. The designs of the time, this was the advanced edge of design -no vibrant cartoon colour blue and green, no putrid yellow, no "changing it up" with parts of the base set being teal or black or blue or white. This set is a straight forward, clear, sleek design and has a hologram - nothing cooler at the time than holograms! 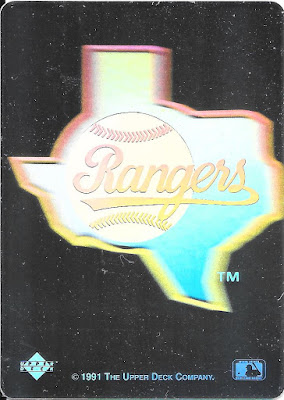 That would be why, team logo holograms were the insert set of the day, because....holograms! I like the holograms inserts except for one issue - depending on how you store, and I swear in some cases just luck, the holograms tend to slide a bit off of the backs of the cards so you may get a bit of a stick or a mess if you aren't careful - but this one was good (so far) and a need for me. 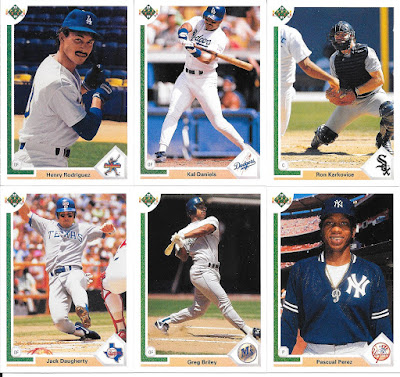 The keepers are highlighted by a rookie Rodriguez. The best time of his career didn't happen until he was traded to Montreal and became he guy people threw Oh Henry! bars for. Yes - that was a thing. 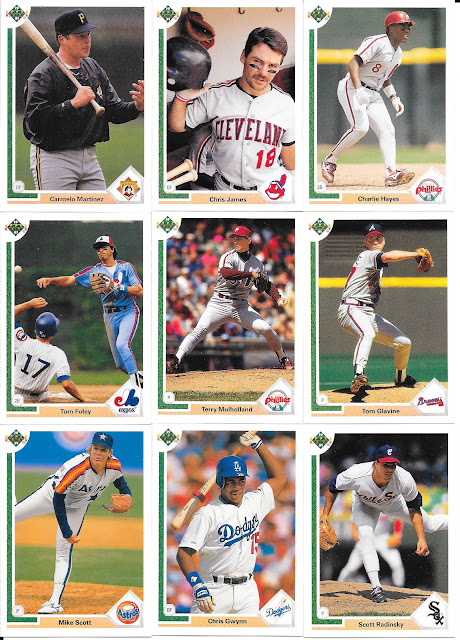 Remember Chris Gwynn? The younger brother of Hall of Famer Tony Gwynn made it to the bigs and played most of his time there, with the Dodgers. Was never on the level of his brother, but was able to stick around for more than a handful of seasons, so there was enough talent in the gene pool passed to him, for a decent little run.
Posted by CrazieJoe at 8:00 AM