So yesterday was the fall fair at the elementary school our kids go to. My wife is also a supply teacher and basically gets all her work from the teachers there, so it's a nice get together and we know a lot of people in and around the school. The fall fair has food, a few vendors, raffle tickets for baskets the kids have put together with themed stuff (like a theme of reading with books, bookmarks, etc, or a theme of blue with just an assorted array of blue stuff), and a silent auction.

As always, I check out the silent auction to see what is there - there was a bunch of playstation 2 games in one auction, but no games I really cared for, and the same with some Wii games. Besides, both were at $50 bids and I didn't want to spend that much on the games since nothing tickled my fancy.

Heck, they had a couple auctions for "VIP" treatment to the winter concert put on by the kids. Tickets to the even are about $10 each, and both of those were at $150 for two tickets VIP parking and seating. Great to see that people are helping donate to the school for such things.

Then, there was a signed Kadri Adidas Maple Leaf Jersey. Starting bid was $200. Last year, there was an Auston signed stick that ended up going for over $400. I put a bid in at $260, figuring I'd be quickly outbid but at least I tried and went on my way. I figured, $260 was a good deal if I won, but fat chance.

So, family went to the science show we had tickets for, and went to leave afterwards, and after the silent auction closed. On my way out, one of my friends who has kids at the school as well said, "so did they reach you yet about winning the jersey?"

Yup - I won the thing....now what to do with it....lol. A stick would have been much easier to put up in the basement, and ideally I will get a display case for the wall and put it in nicely. It's going to be big, but I would like to not spend as much on the display as I did on the jersey, so may take some time, but I will share a picture when I get it done.

For now, it is hanging in my closet - separating my work clothes from my leisure clothes.

Luckily I have an understanding wife who, first thing she said when she saw I won was "I'm not mad...". I do feel guilty at times spending on the hobby because she doesn't "get it", but she is understanding that I do enjoy it, and leaves me to it. In return, I make sure it doesn't have any impact on life otherwise, so it all works out.

Anyway....yeah....that was a more expensive fall fair than I thought it would be, but it goes to the school, so I can't complain.

Enough about hockey, how about some baseball....

A change up from the last few days, back to another Dollarama 80 baseball cards for $3 today. I think this is easily the best Jays day I have had in a half a pack - heck, might be for an entire pack too! 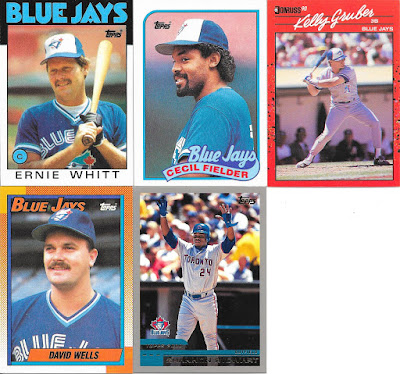 None of these are new Jays cards, but that is not an issue to me, especially when I get 5 Jays in 40 cards! Still love that Cecil Fielder card every time I see it.

This half was also good for another serial numbered card... 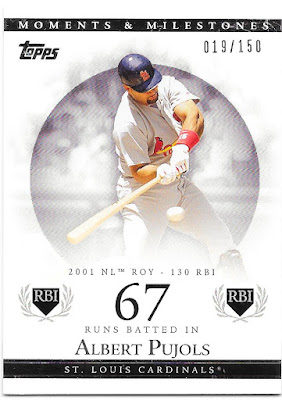 This gives me three of the cards (there are cards for each of the 130 RBIs).

Errors? Yeah, a couple of those as well... 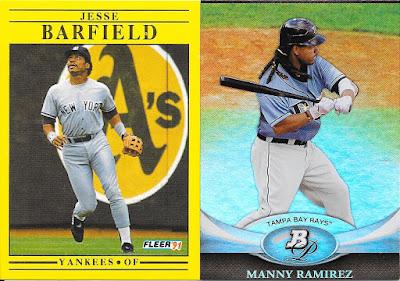 The Jesse card is a variation with there being a couple different formats for the stats on the back - not a big difference, but still works for me. Similarly, the Bowman Manny is a slight printing error which I will keep. You can notice a thin grey line right across the top which is the bottom of the card which was right above Manny.

Overall, still a better than 50% rate for cards that were new to me, as here are the rest of the keepers. 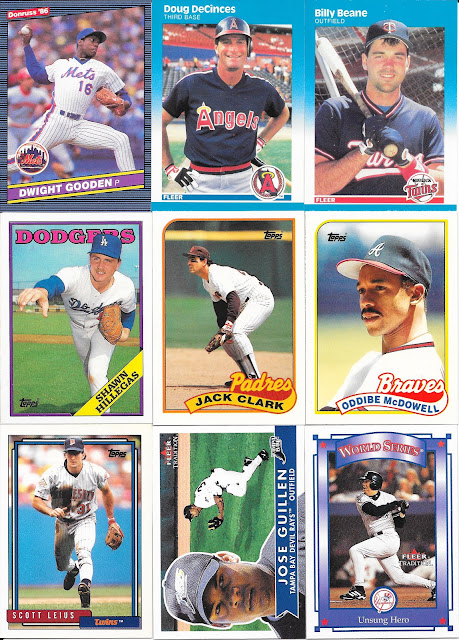 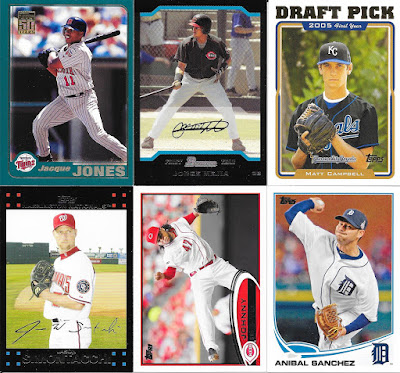 I continue the slow build of 1989 Topps Traded, and there is a nice subset World Series insert from 2001 Fleer Tradition. I like the layout of the card, would have made a nice insert set too.

As for the duplicate cards... 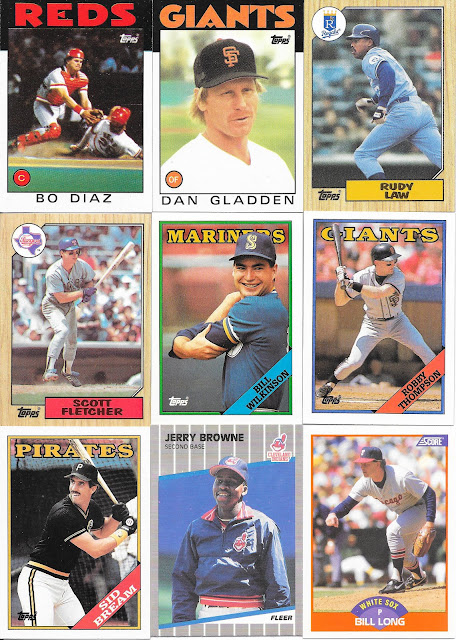 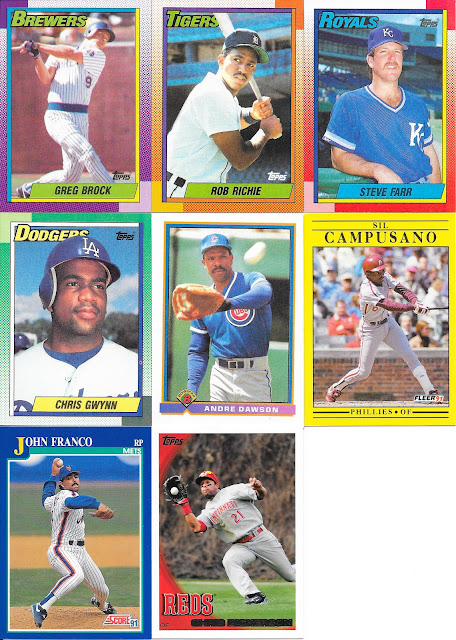 Plenty of Topps cards - 1986 right through 1990 - too bad I didn't fill a couple more holes of missing cards, but more fodder for trades!
Posted by CrazieJoe at 8:00 AM