Time to open some more packs!

With the box opened yesterday, I'll work through opening the packs that "didn't make it" into the unopened pack collection.

I figure this is a good starting point.... 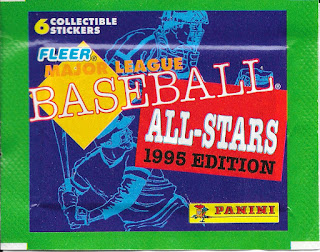 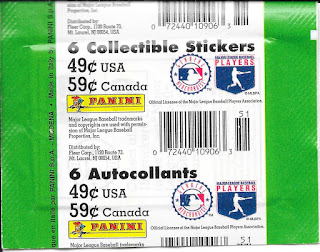 I don't go out of my way to collect stickers, but I'd rather open on the chance of finding a Jays sticker, hey, why not?

By 1995, I was out of collecting these stickers. I was big into it in 1988-1990. I remember going to school and giving away the extra stickers that I had (and I remember having a love of duplicates). It's funny because looking back at a time when money was extremely tight for the family, my mom obviously thought enough of putting my want/happiness before things that, as an adult, would have probably been higher priority to her. It's stuff like this that makes me remember how much she put us first growing up, never feeling like we were "poor" or disadvantaged. 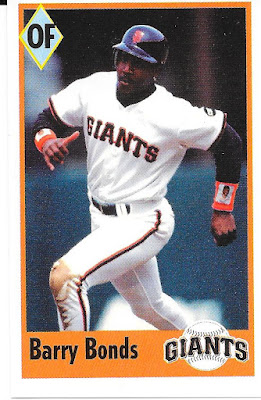 Doesn't get much bigger in the 90s as Bonds. Time hasn't treated him well given the steroid issues surrounding the period, but at the time - one of the big stars. 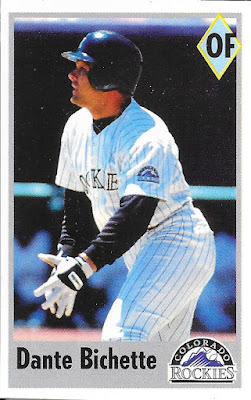 Starting in 1995 and for the next few seasons, Dante averaged about 30 homeruns and 120 RBIs - great power hitter. 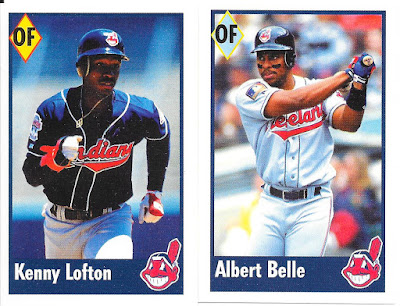 Cleveland hot pack! Kenny was a big base stealer - over 50 a year while he lead in that category from 1992 through 1996. Albert Belle on the other hand was the power with averaging over 40 home runs a year from 1995 through 1998. They were the core of the team for a good portion of the 90s.

We end with a couple team stickers!

Not a bad little pack overall with plenty of star power.
Posted by CrazieJoe at 8:00 AM