The pack today surprised me a bit with some of the hockey which was pleasantly included in the small brick. 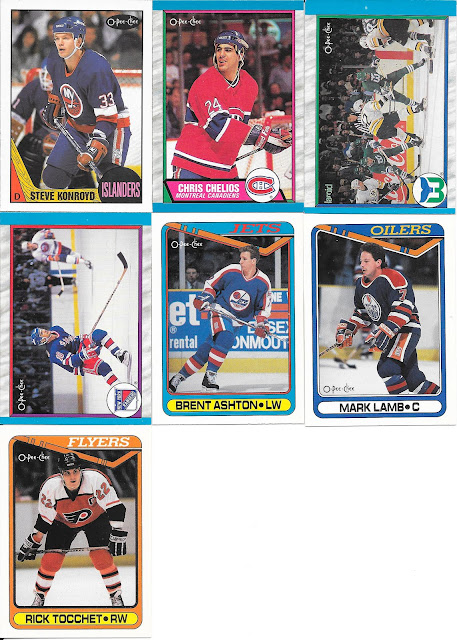 Not a lot, but getting a few mid to late 80s O Pee Chee is a nice little pick up. These are sets I don't have a ton of - some maybe up to 20% or so, but are nice sets I wouldn't mind getting more of. It also helped, and surprised me to get three 1990-91 O Pee Chee needs since that set I do plan to finish sooner than later and already have about 80% done.

There were just a couple other cards for keeps. 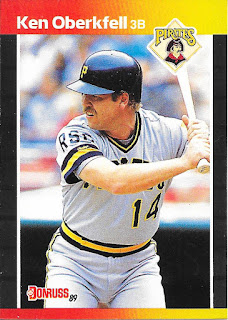 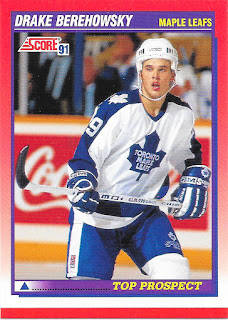 Yeah - Drake being the Toronto card visible on the brick. Another I already had, but better to pick a pack with one than to take chances on one I couldn't see or tell from.

Too many for trade today... 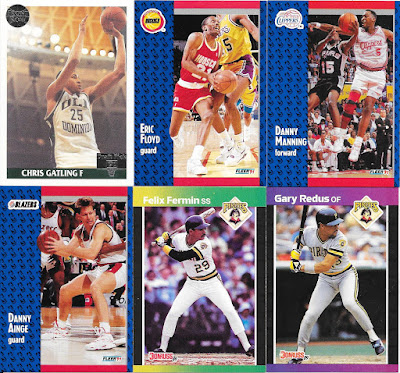 Well - the Front Row is the silver parallel at least. The only difference being the Front Row logo in the top left being in foil instead of just white and red. 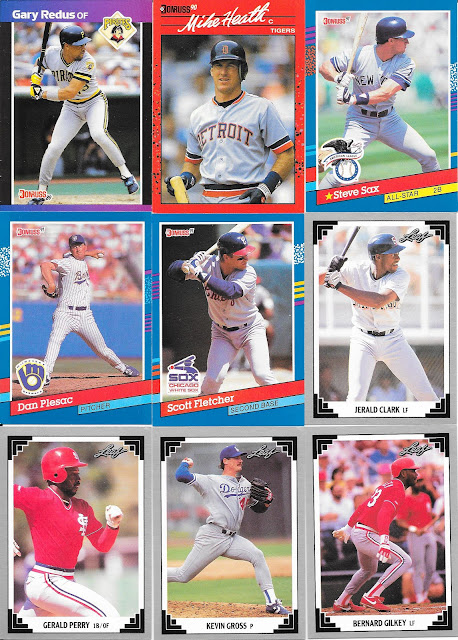 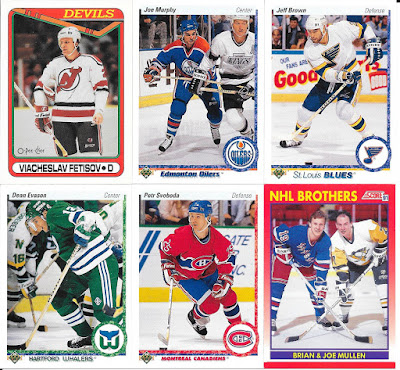 Not a strong pack overall, but still, I remind myself, for a buck or less, still can't really complain.

I am just going to tack on one quick Listia win.... 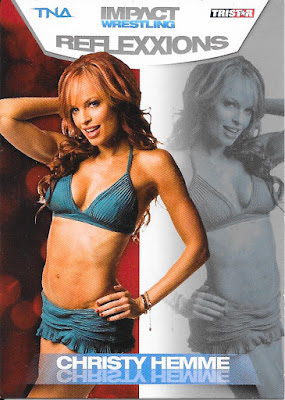 Another card from this TNA set - though I never watched Christy in TNA, but know her from her time in WWE.
Posted by CrazieJoe at 8:00 AM