I didn't know what to expect with the pack. I could see from the side that there were a couple thick cards in this one. I didn't expect they would be hits per se, but from sets with thick card stock. Still, I was intrigued enough to pick it up see what exactly was inside - isn't that true for many of the purchases we make in this hobby. 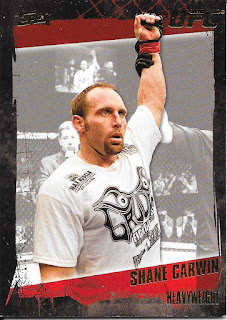 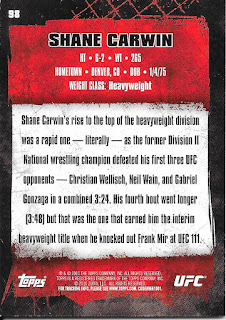 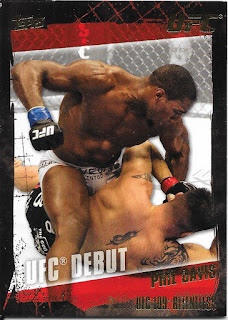 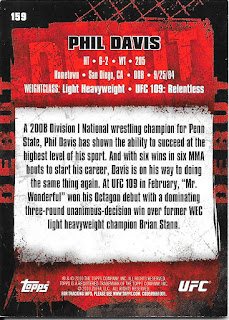 Well, these are apparently parallels to the base set. The normal base cards are not thick, but the gold parallel are thick cards. Not sure why that was done in addition to the change to gold name/lettering, but an interesting thing to do regardless.

I don't mind the card design for MMA, but I have no interest in them for my collection.

Here is the first basketball card to come out of the bunch, along with a basic 2010 Topps UFC base card (of a cutman....that would be like having cards of the team bat boys - not to marginalize their job as it is important, but just not really part of the game/match) and a 1997-98 Pinnacle Forsberg.

1997-98 Pinnacle was one of the gateway sets bringing me back into the habit. Over a couple months period, there were some old boxes which appeared at our local Wal-Mart. These included 1997-98 Pinnacle, 1997-98 Donruss, and 1997-98 Bee Hive. I have no idea why the fascination of the year considering these were in 2012 or so that I picked them up, each less than $25 for a box.

As for the keepers today, no Toronto cards actually, but we do have hockey and wrestling. 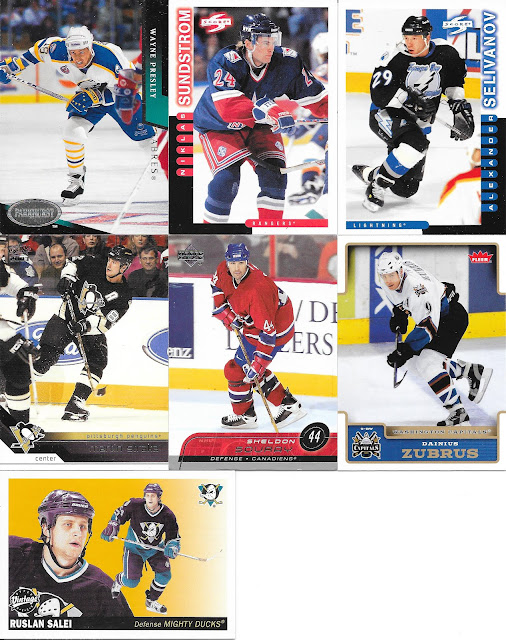 2002-03 Upper Deck Vintage, and any of the Vintage sets hockey or baseball, are underrated sets. To me, they are essentially Heritage before Heritage was cool (or as cool as a set can be when talking about collecting cardboard). The sets are well done for what they are and have a nice feel and design to them generally, like this one (though it is a tad bright in colour). 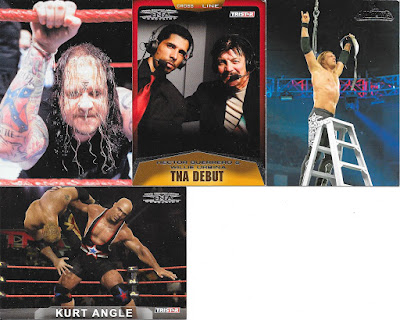 Well, in these four wrestling cards, you get a pretty good variety and some good and some bad. Thank goodness the first card is Mideon and not Naked Mideon...*shudders*....some times I understand why it can be embarrassing to admit you watch wrestling...

Also, good and bad of Tristar - Hector Geurrero gets a big *yay* from me, and Kurt Angle...wait....Video Game Kurt Angle....makes no sense to me. This is an advertisement, not a card...right???

As I say, these are interesting packs all around, I will give them that!
Posted by CrazieJoe at 8:00 AM