Some of these CNE packs seem to have been Toronto card picked over (some, not all), so happy to find a Jay in one, even if it isn't a new one. 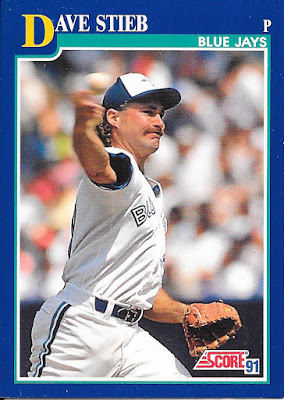 My facourite Toronto pitcher of all time, and the player I have the most cards of (just short of 200).

There were even a couple inserts for keeps as well. 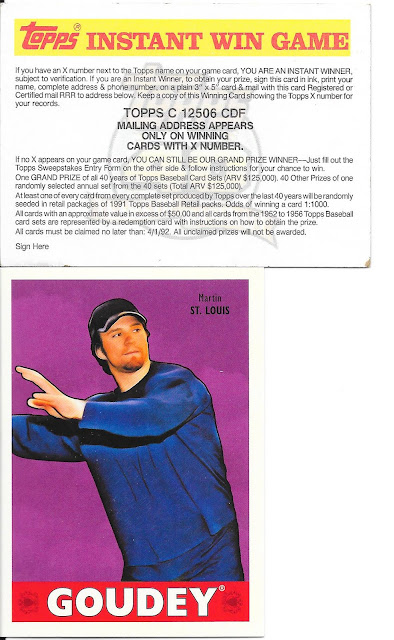 You can consider the Instant Win Game an insert...there were a few different types...but really, the Goudey is a really nice card. It is out of 2016 Goodwin Champions set. 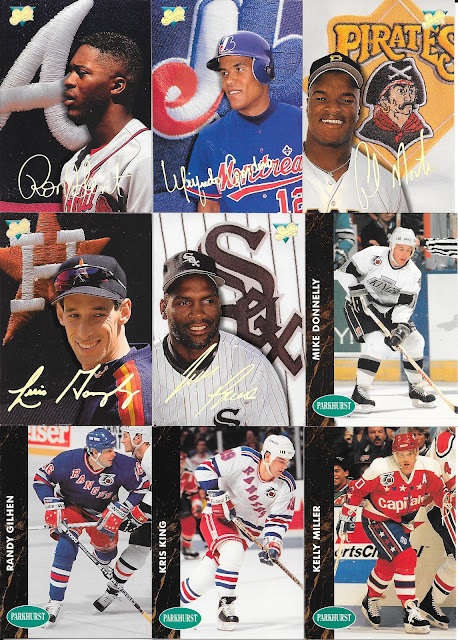 The keepers come from a couple sets we have seen - 1993 Studio baseball and 1991-92 Parkhurst hockey. Both are decent enough sets, and as I have said, the use of the logos in the Studio set is really well done.

As for the cards that are up for trade if wanted... 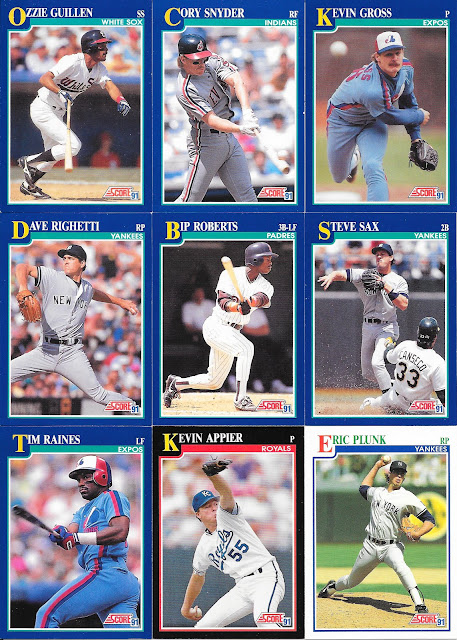 A bunch of 1991-92 Score baseball, which at least gives me a couple Expos that I already know a good home to send too. 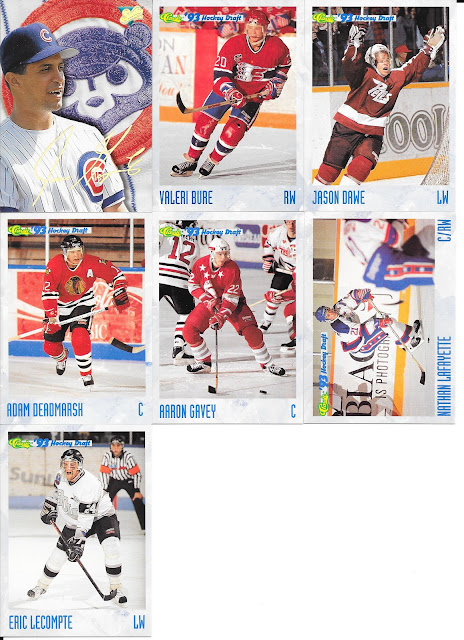 Here we also have another bunch of minor league hockey cards from 1993-94, and again, some decent players too such as Bure.

Let me know if there is any interest in the traders at all - always up for a trade, but if you are a regular reader here, you know that already.
Posted by CrazieJoe at 8:00 AM