Just when you think you have all of the answers, he was the man who changed the questions. 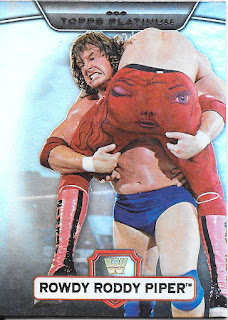 WWE Topps Platinum cards look very nice in hand, and are thick. It's the first one I have seen, and first one for my collection. At least it is a mid-higher end product that actually feels and looks higher end.

You also get a good shot of Rick Rude's butt as those pants wouldn't belong to anyone else. 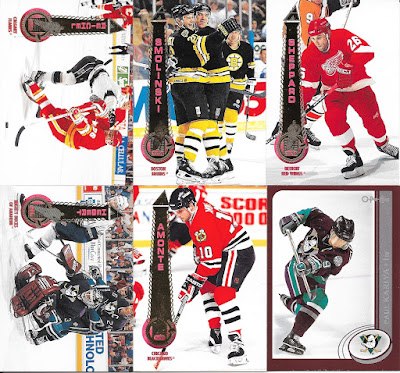 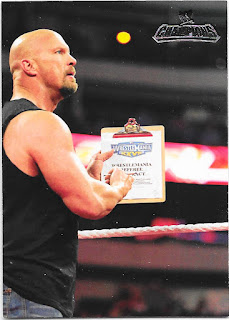 Some 1994-95 Pinnacle and a good shot of Austin signing his Wrestlemania contract.

Today was actually really good for inserts as well.

I am always happy to get another gold rush parallel from any Score set, but add in a couple wrestling inserts, even if they are from the "We Are TNA". The We Are TNA insert set is all of 7 cards highlighting what makes them different and the champs at the time.

The group keeps on the interesting cards with the traders... 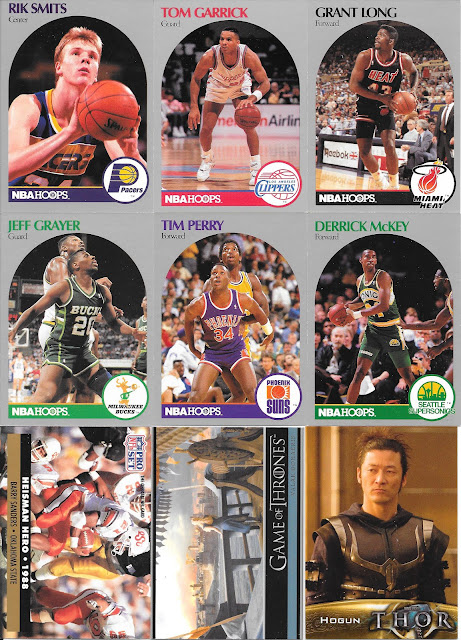 If I need to get a football card, Barry Sanders would be one of the names to get! I guess it makes up for the not as needed Game of Thrones or Thor cards. Would probably care more about either of them if I had more interest in the source material, but no luck here.

I know - I have been getting a bunch of wrestling cards off of Listia lately, and yet more to share today. It's funny, but I am almost up to half of the 2018 Women's Division base set just from these Listia wins - I haven't bought a single pack. 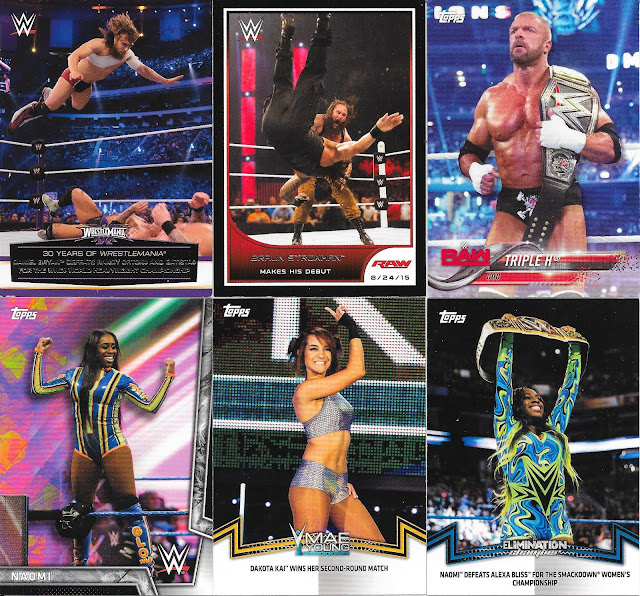 As noted, a few more needs from the women's set and a few others I didn't have. Dakota Kai is a talent I hope all the best for - I think she is underrated and has just started getting a few chances in WWE to show her abilities - even if it has to be on the NXT UK brand. I hope, especially after the small angle with Shayna earlier this year, that the New Zealander  is able to show more.
Posted by CrazieJoe at 8:00 AM