First off, I may not be taking part this year - too much going on and I don't want to short change anyone..just life, no biggie, maybe next year, but I did want to make sure everyone is aware of the Secret Santa Extravaganza going on for year three, so check it out!

As I say, these packs can have some interesting and unusual cards, and we get a couple more neat ones today - again - nothing that is for my collection, but I can appreciate the strange and different! 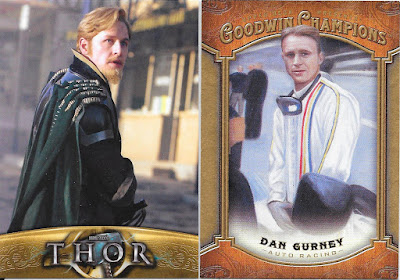 Not a fan of the movie Thor, and the design doesn't do much for me, but man - a surprise to see the card. The 2014 Goodwin Champions card is a bit different. Not my thing to go after multi-sport sets like this, but I can appreciate the appeal, and the way the card is done with vintage charm is nice. Also neat to see a race car driver done well in design, though with raving, I'd love a set that was drivers and cars - maybe odd numbers are the drivers followed by the cars as the next even numbered card.

Also in the bunch...

I gold rush parallel, and the points cards which are kinda sorta inserts - except inserts that a lot of people don't bother keeping, so more rare? Be A Player was good for these points cards. Honestly, the only ones I keep are with players on them - or NHL logos, etc - not the generic point cards. 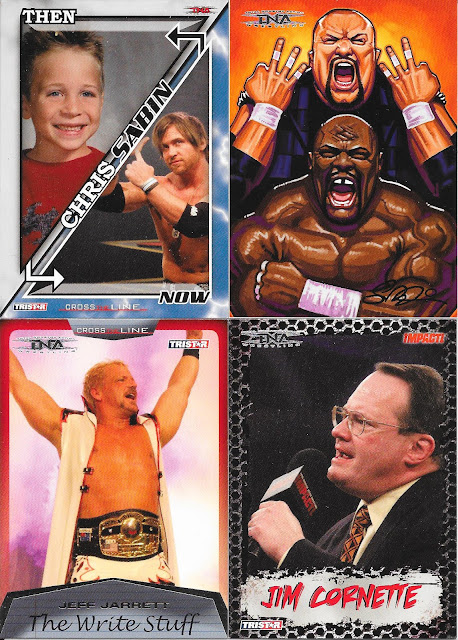 Wrestling cards for keeps! I understand the desire for subsets - but three of these cards are from the same base set, and the designs are so completely different. At least the Jim Cornette card base set has the same consistent (and ugly) border.

The rest of the traders... 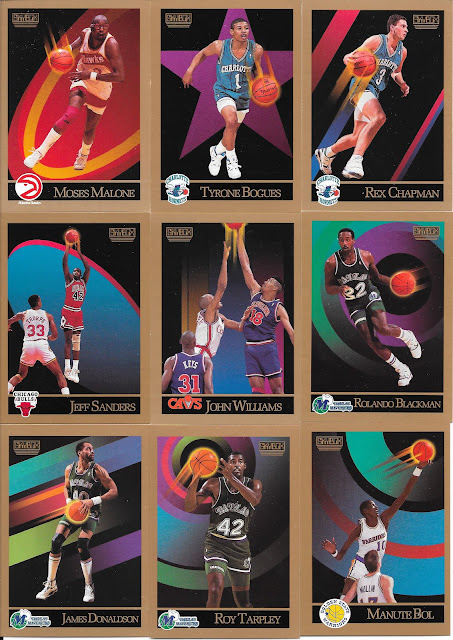 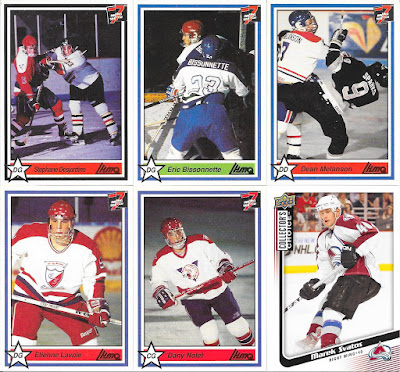 1990-91 Skybox basketball. When I was a kid, if someone had basketball cards, this was one of the sets that was everywhere.

As for the 7th Inning Sketch - wouldn't mind finding someone who actually wants a bunch of these cards.

Yeah - these packs are interesting and have an awesome bit of everything!
Posted by CrazieJoe at 8:00 AM