Being a wrestling fan, that only means one person... 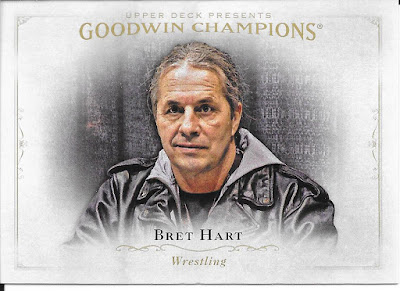 With the card showing on the pack, it was an easy one to pic up. Can't think of where I would (other than through trade), find it so easily. It does show me how much Bret has aged from his glory days of wrestling in the 90s. Always hard to see superstars age, but better than the alternative for too many wrestlers these days who don't make it into older age.

The pack was otherwise baseball and hockey, and about 2/3 were keepers. 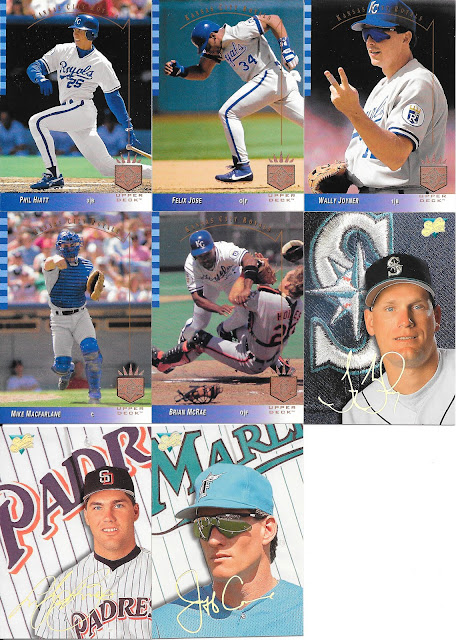 Two more usual runs from what we seen in other CNE packs - a number of new Studio and SP cards out of 1993. As the SP were a straight run in cards, all Royals, Would be nice to get a similar run of Jays in one of these. 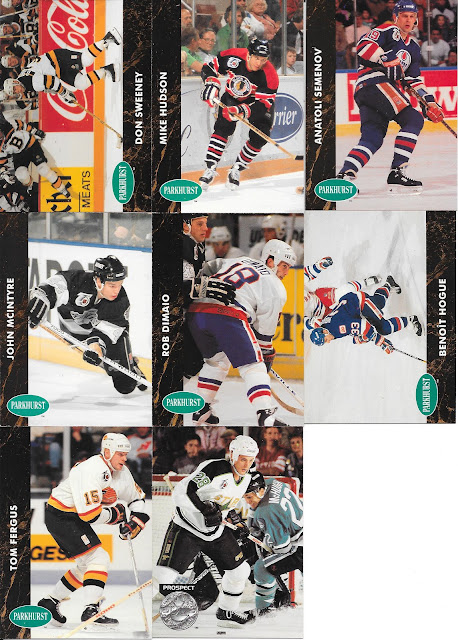 In hockey, similarly keepers in Parkhurst and Pro Set Platinum 1991-92. 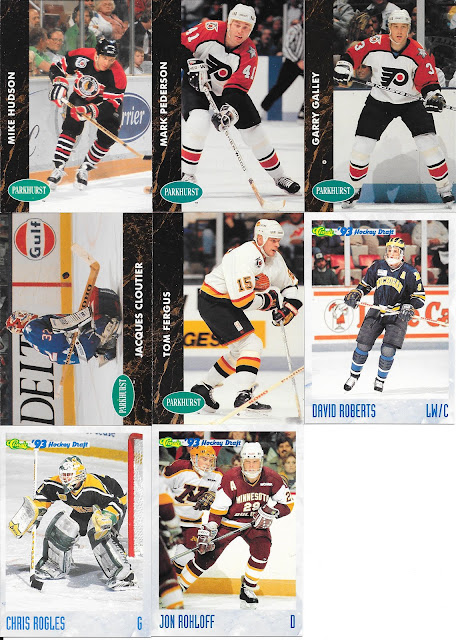 A bit disappointing to get duplicates within the same pack, but since that can happen with the Dollarama packs, not much I can  really complain about.

Too bad there weren't a few more wrestling cards - those have been really good in some of these...
Posted by CrazieJoe at 8:00 AM