A couple off the wall cards to talk about in this pack, so let's get right to it.

I don't collect the Americana type cards and sets, just too much other stuff to collect, but I get the appeal, especially from a historical standpoint. I don't have any cards from such sets, or didn't until now. 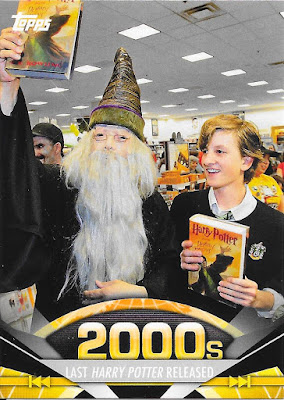 This one obviously relates to the phenomena that was Harry Potter. I didn't start reading the books until the 4th or so came out, then started. My wife and I finished the last couple together, and because the book store was basically next door, we walked over at midnight when the last book was released in 2007. Yes, there were plenty of younger folk, and a bunch dressed up as well. Amazing that the final book sold 8.3 million copies in the first 24 hours. 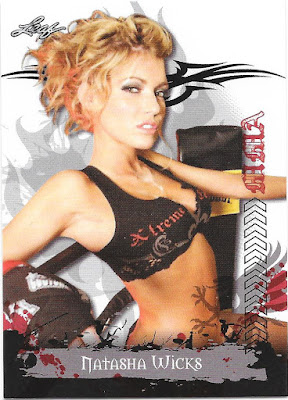 I was surprised to see this and learn that there are some cards apparently for the Octagon Girls. I guess it is similar to 1990-91 Pro Set having cards for some fo the referees, but I will give the advantage to the Octagon Girls - I think their cards may be a wee bit more, desired.

The pack is ahead of the game on Toronto content as well as odd stuff... 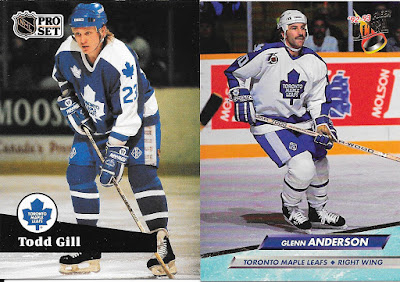 Hello Mr. Anderson! I needed this one, so great add there. 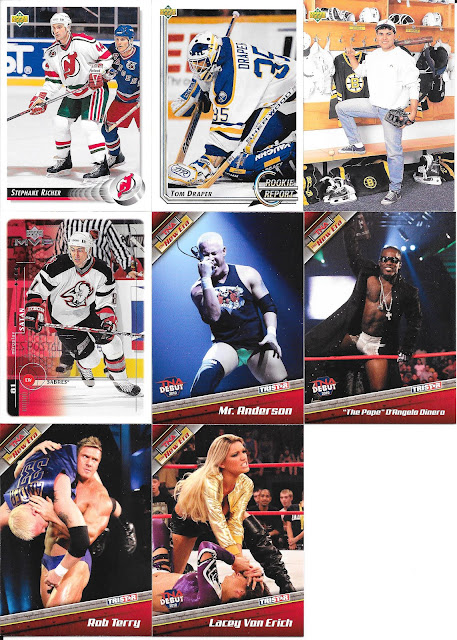 Like yesterday, nice TNA New Era set cards - and any Von Erich in wrestling is a great pick up.

Still, a bunch of traders too... 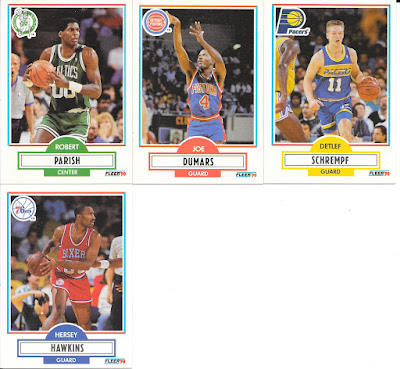 Some more 1990-91 Fleer Basketball to go with the few cards picked up yesterday. As far as basketball goes, at least these are names I generally know from my childhood including Mr. Can I Buy A Vowel - Schrempf. 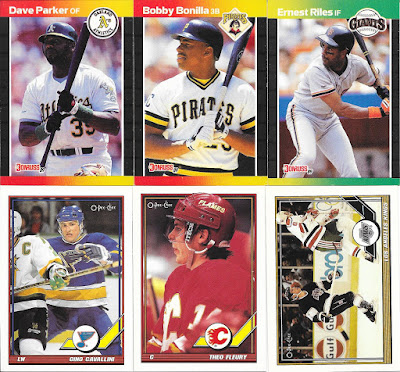 With the few baseball and hockey dupes to end.
Posted by CrazieJoe at 8:00 AM