It may not be my thing, but I know it is some people's. Collecting cards for players before they make the big show - whether the minors, broder, or otherwise. Well, if I am going to end up with some such cards, it doesn't hurt if they are pretty good stars.

When the worst of three cards is Felix Potvin, that's a pretty good three. I really like the Potvin card, but it's a minor league card so it is up for grabs with Mogilny (another favourite player) and Teemu - who my first jersey card was of.

The rest of the traders... 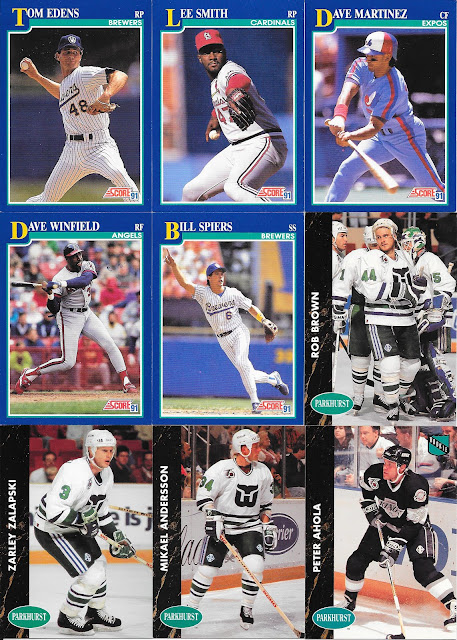 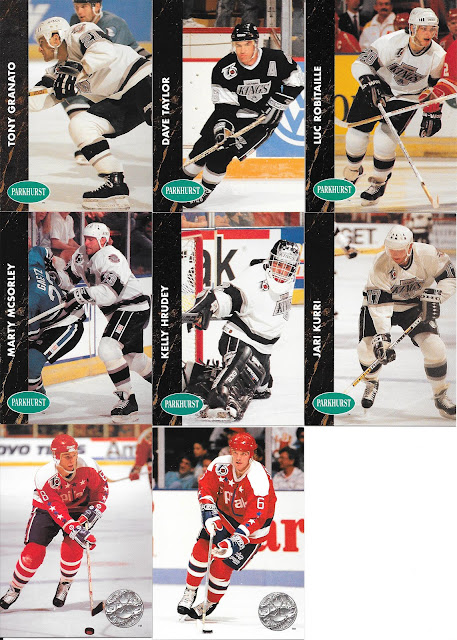 Unfortunately plenty of traders this time, but more because of the bad luck of having the run of 1991-92 Parkhurst cards. Can't win them all.

There were some cards for keeping though... 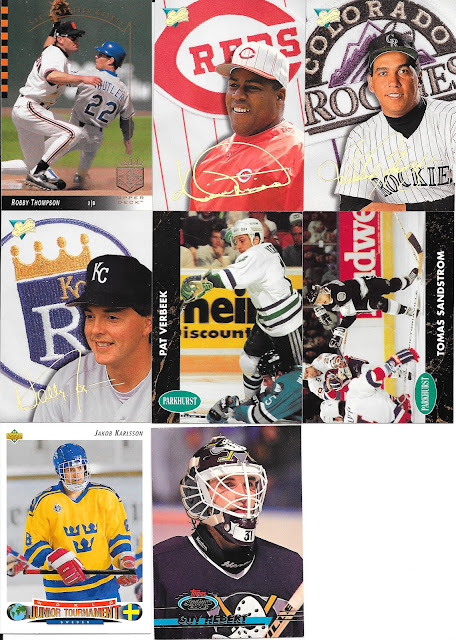 The more I see of the 1993 Studio set, the more I really like and appreciate the front. I am a sucker for team logos, and these do them right with the posed photo overlay.

I think a normal back with full stats would have been ideal, but that isn't what  Studio uis about, so instead you get some up close facts and teams they love and hate to face (which I assume is just based on their average against those teams, etc).