I need to catch up on sharing a few trades I received in the last month or so. I had put them aside, and then had other things come up. I like to ensure to share everything I get as a way of thanking each person as well - it's only fair.

Especially today when Thick McRunfast gave me a fairly one sided trade because he knew the cards were going to loved and enjoyed more in my collection than in his trading card pile. 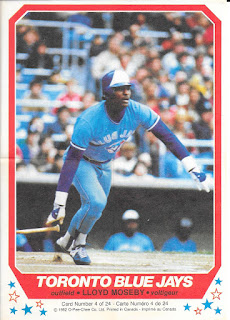 This is a 1982 O Pee Chee Poster. A nice add, though a bit harder to store, except luckily I still have a number of 5 by 7 pages (they fit two cards perfectly, but the page is a little smaller on the width, so I have these sized cards separately kept.

A nice card, in any form regardless.

Since we started with a Jay, let's take a look at the rest of the Blue Jay collection cards he sent across. 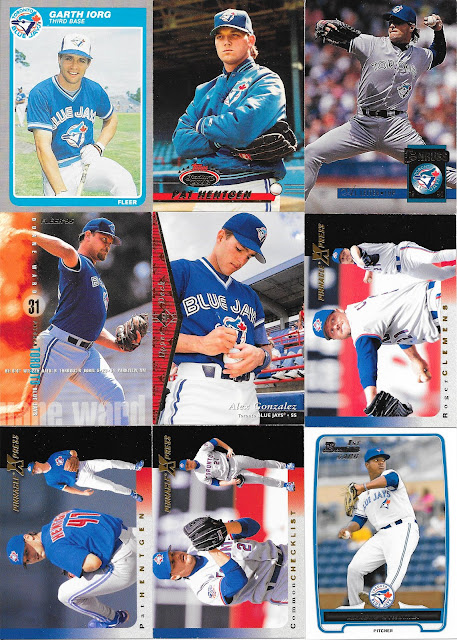 These include the first Pinnacle Express cards for my collection. Not a big fan of the horizontal design, but it does stand out at least.

A Drew rookie card refractor which looks quite snazzy in hand too - and I like the J&J Heritage card as well.

The other part of the baseball cards - a big help to the 1986 Topps set. 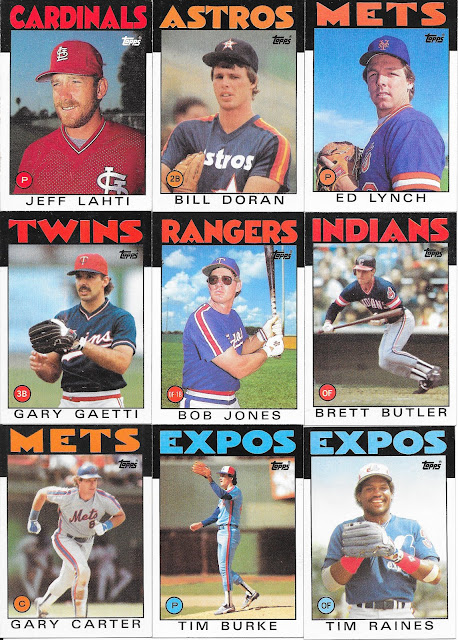 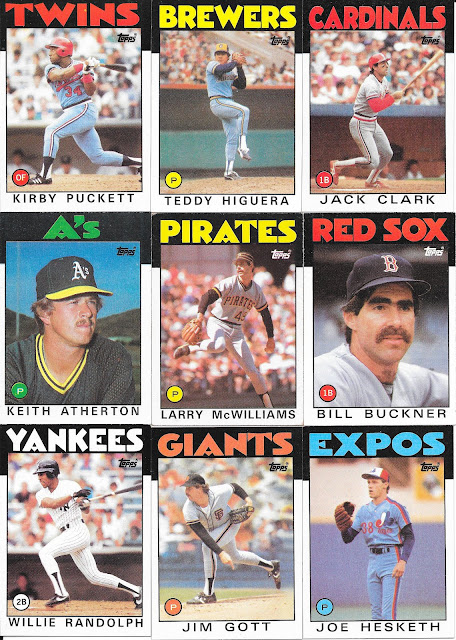 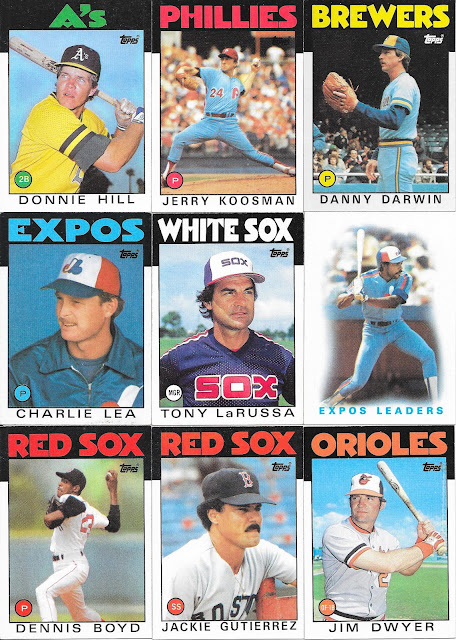 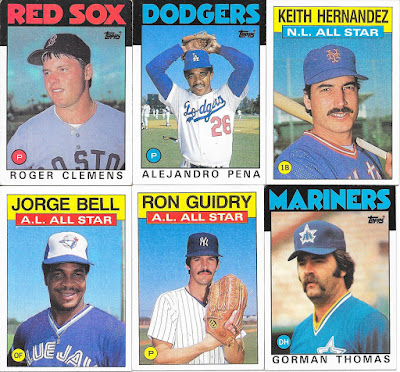 A good bunch of cards which bring me close to 700 of the almost 800 card base set. Not sure I will get this one done this year, but would expect I can do so next year.

There was also a few hockey sets which received some completion help... 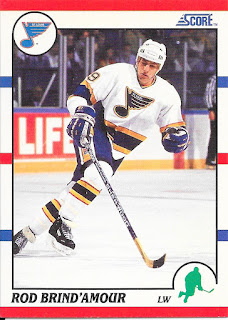 Here we have the final card I was missing out of the 1990-91 Score American set. I have checked and double check and put it together - nothing missing - yay! 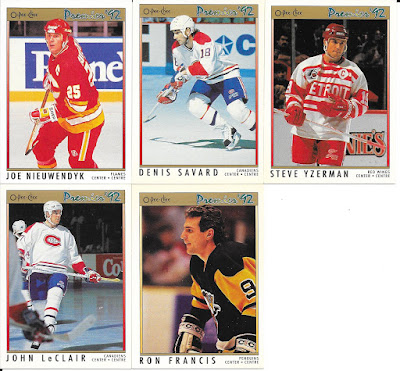 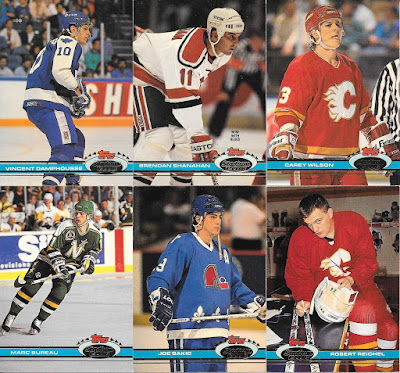 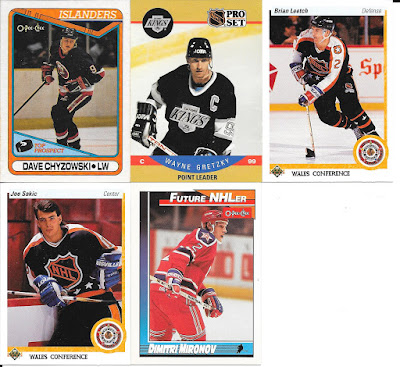 A couple other set needs, a UER Wayne Gretzky, and the first Leaf card with Dimitri...but plenty more Leaf cards to come... 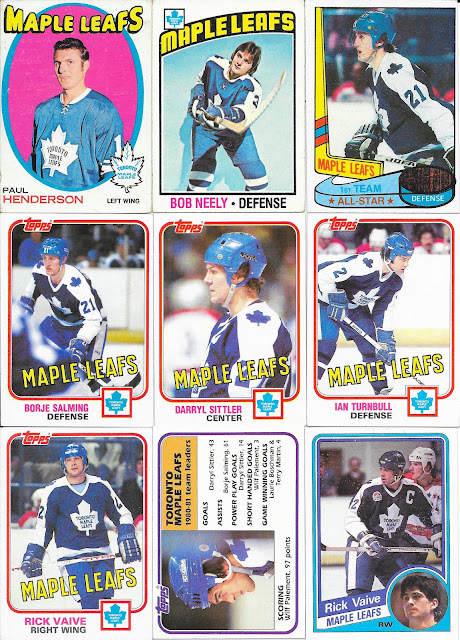 Some nice vintage cards which I am happy to add, especially the Paul Henderson. Actually was on a retreat with out firm a number of years ago and we ran into him while he was vacationing at the same place. Very cool guy and down to earth. 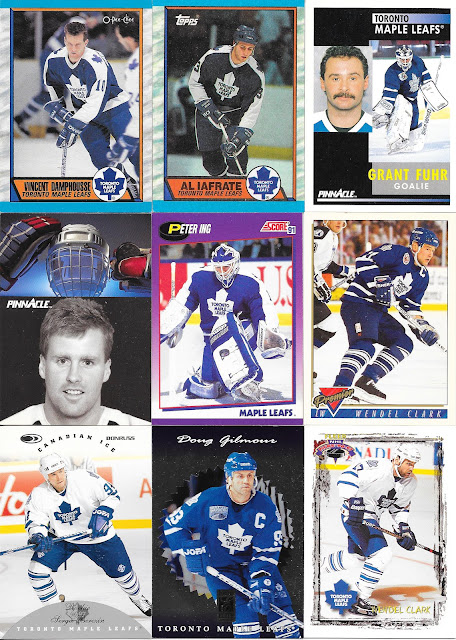 Will always be happy getting new Doug Gilmour and Wendel Clark cards! 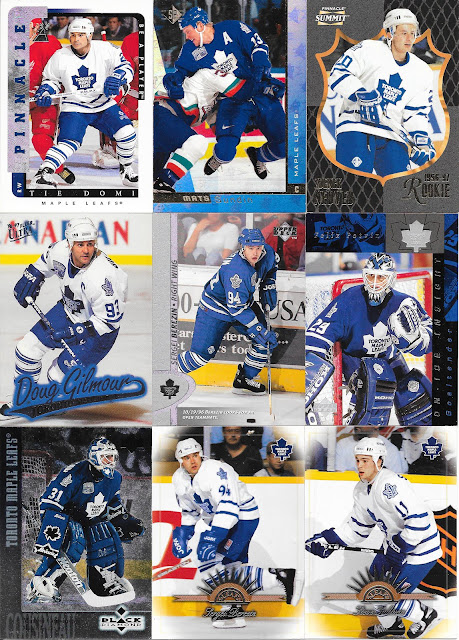 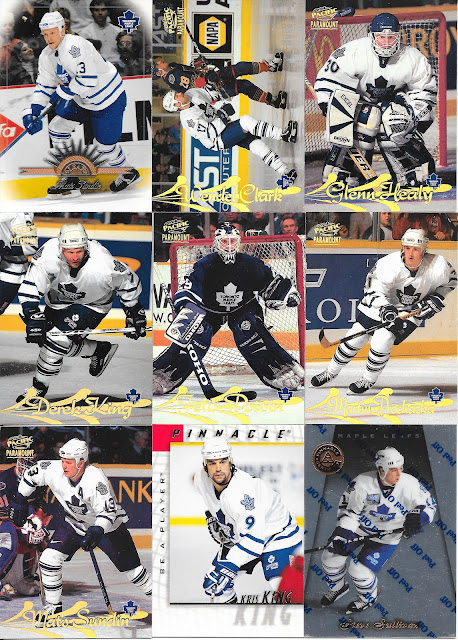 It is tempting to want to take the peel off....off...but I know I shouldn't. 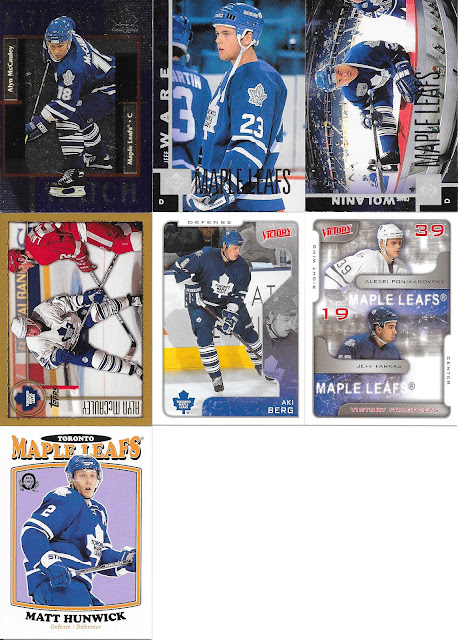 The Wolanin card has a fantastic photo - it's these odd ones that always stick out with me and that really make the cards some times.

Wow - that was a lot to get through and as always, very appreciative, and a big thank you to Thick McRunfast for being so generous.
Posted by CrazieJoe at 8:00 AM