Another day, a couple more packs of 2013 Triple Play...man, you must enjoy punishing yourself as much as I do.

I could have sworn I had Castro, but apparently not. Know I didn't have the other two though, and I will admin, Kershaw is another one that does fairly well to get his look down. 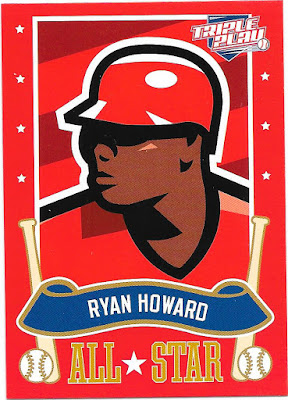 I'll take another All Star from the only nice insert set here, even Ryan. 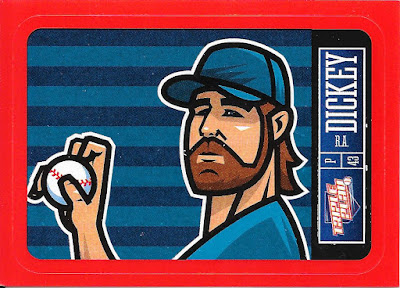 And there's the red sticker Dickey insert. A second one, which is nice if I actually do end up getting the red sticker insert set done, so I have a second for the Jays collection. 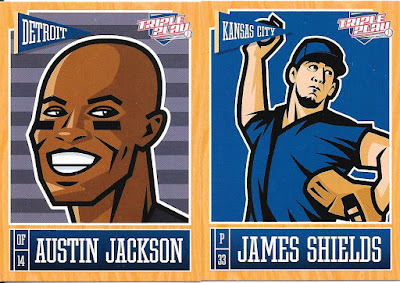 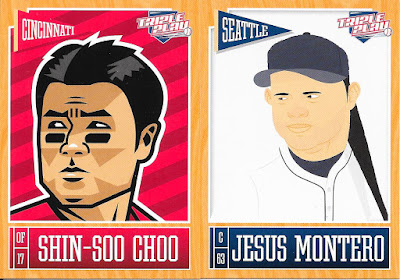 Jesus here looks like he doesn't even have a side to his face, the line is so faint, let along his chin/neck - same issue. Or maybe it is just me. At least these are new for me. 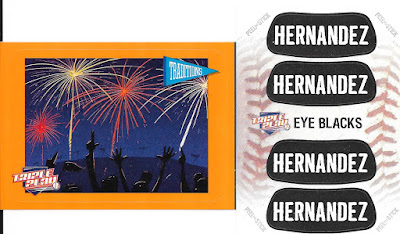 Oh dear me - what is wrong with Hamels? Was he born a giraffe? Yikes!

Well, that was definitely two more packs out of the box.

Also for shares today is a wrestling related PWE trade with PapaG321... 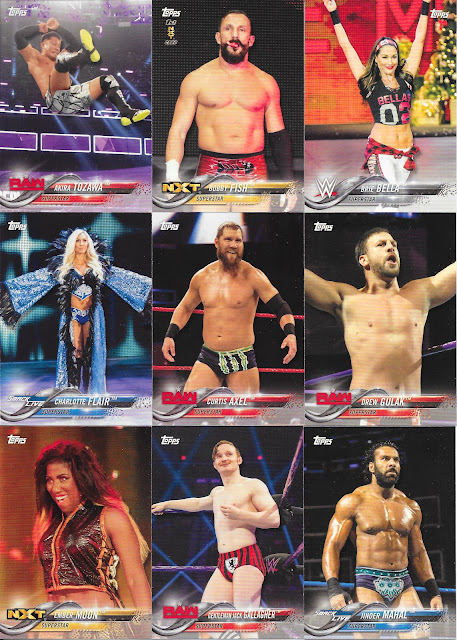 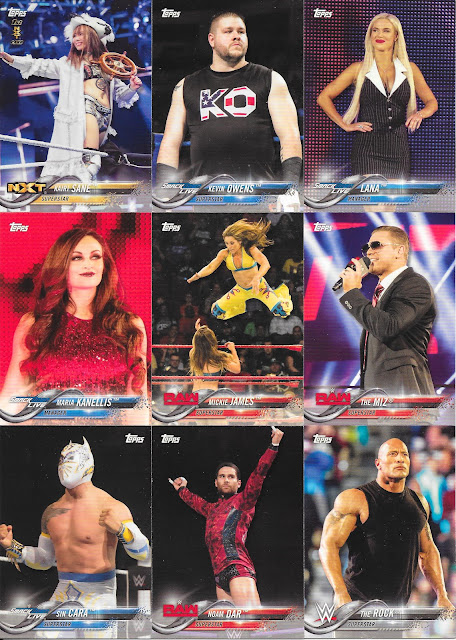 Here we add about half of what I was missing out of the 2018 WWE flagship set. I haven't double checked, but I believe the Ember and Charlotte pics are the same or very similar to the ones used in the Women's Division set. Bothers me on the lazy side that they use the same pics repeatedly, here or in any sport set. The Mickie James is a great action shot, and happy to get the Miz as he probably my favourite wrestler from the last decade. The man had a dream and worked hard to make it.

Awesome guy, and awesome PWE.
Posted by CrazieJoe at 8:00 AM