Well, at least these packs gave me good reason to open them. 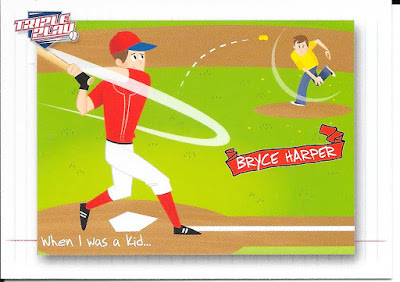 Success with another short print base card, and Harper is one of the best ones, especially when you look at the story. The picture on the front is to help visualize with the story on the back - that as a kid, his dad would pitch sunflower seeds or small beans to Bryce to help hone his batting eye.

I think that worked out quite well. 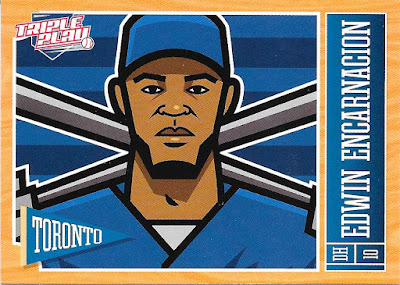 As did getting another Jays dupe in the pack - excellent. It does look more like he is wearing a kimono though. 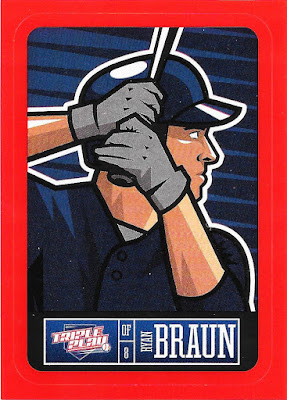 Does this look like Braun to you? Looks a little too generic...but then again, that might be Braun's look too. 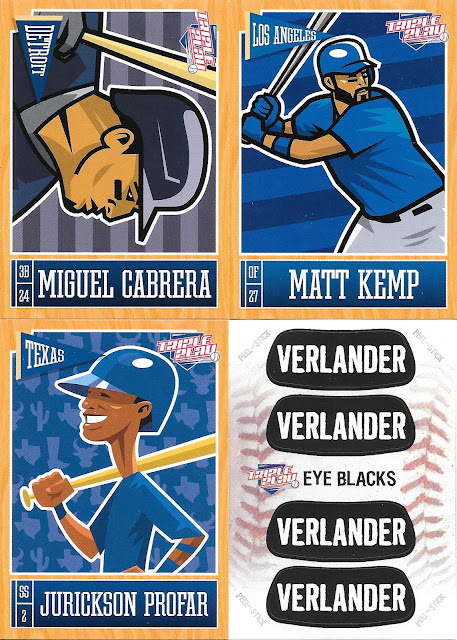 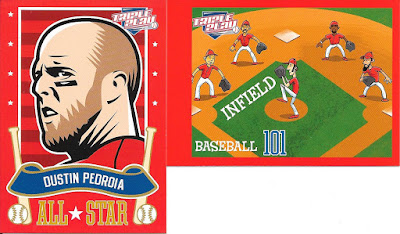 Yes - I really needed a Baseball 101 card to tell me what the infield was. Thank you Panini for ensuring this sacred knowledge is immortalized on a card.

Made slightly better by coming with an All Star insert (and slightly less because it's Pedroia....okay, just because he isn't a Jay is all I mean). 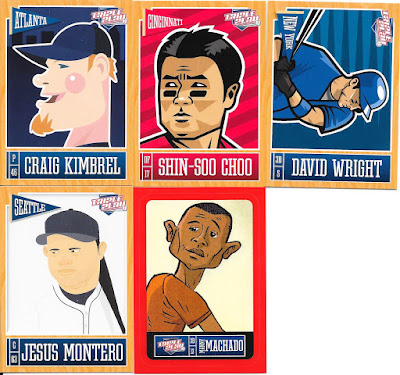 Some late 80s sticker backs that are all new and also an all new to me... 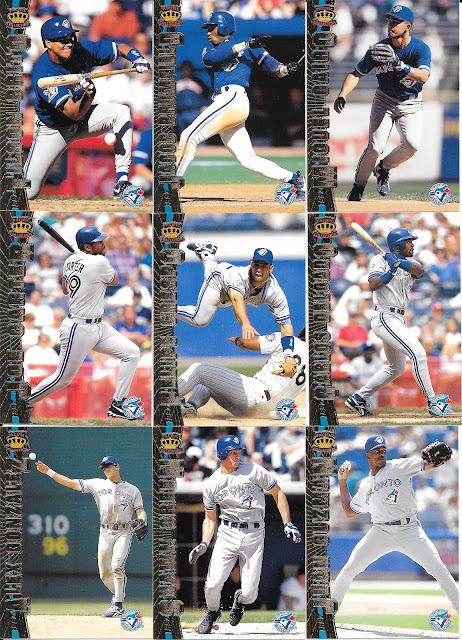 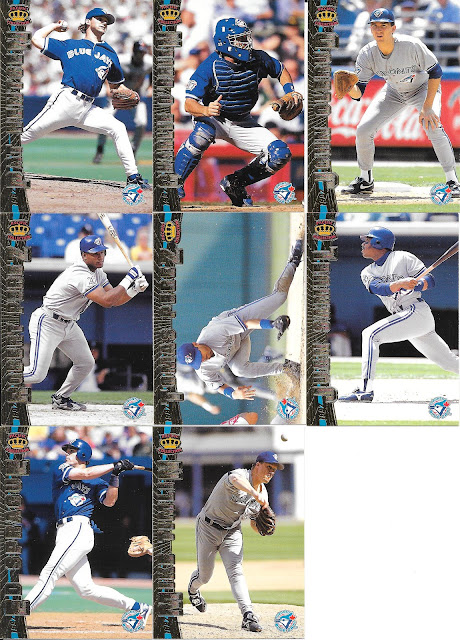 All in a single shot, entire team set of 1997 Pacific Crown Collection. A very 90s design with the metal naming down the left side, but nice photography throughout.

I had never seen this set before in any form I don't believe, so great to get the entire team set. Wonderful! A much better way to end a post than with Triple Play.
Posted by CrazieJoe at 8:00 AM