It's always nice to find a card that hits home for yourself, but today we picked up a couple that I knew right away would be going to someone else. 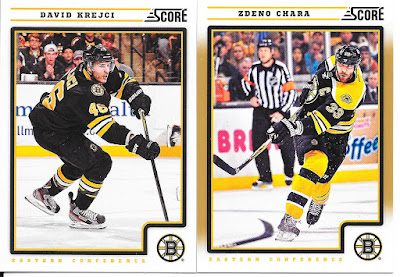 A couple Boston cards for someone local that I trade with, so happy to pick these up. Also like being able to get him some decent cards like inserts and parallels, so the gold one here is that little bit nicer too. Still, a little happy with the following dupe... 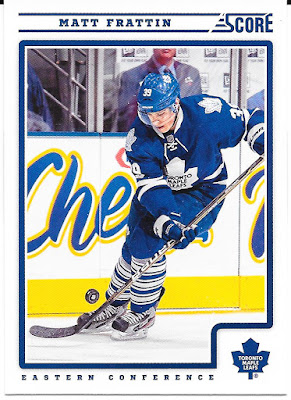 Matt played the majority of his NHL time in Toronto, though only lasted 5-6 years in the NHL.

In addition to those, a couple base card needs... 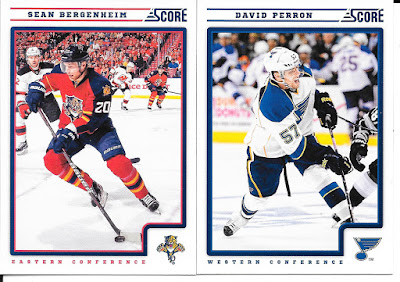 and a couple other dupes. 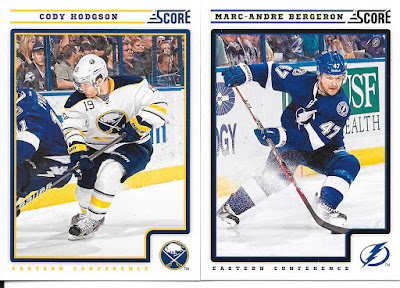 The Score packs have done well to move along the base set which is inching towards 50%. Next up, something different from the box!

We end today with what is a happy regular occurrence with another bunch of cards from baseballcardstoreca (and do check out the website which is shockingly - www.baseballcardstore.ca) 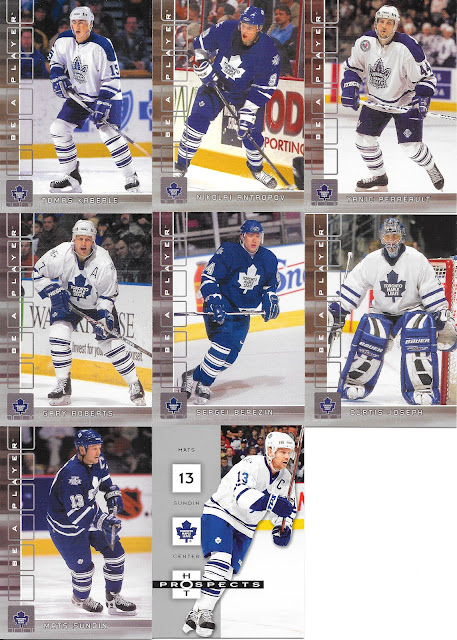 Another great start on a team set from one of my dead periods of collecting - the early 00s, which includes a great front full Cujo shot. You'll notice a couple different Leaf designs (white uniform in the top row versus white uniform in the middle rows). I like the more detailed look generally, though in video game form, totally get the more basic design. 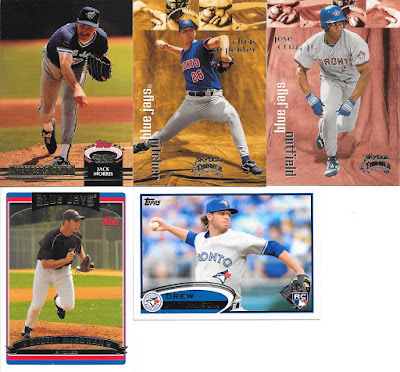 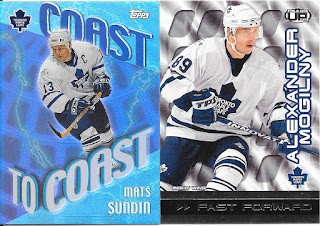 A couple single card Toronto team sets. I am trying to tell, the Coast to Coast card is listed in O Pee Chee and Topps sets on TCDB, but for the life of me, I can't tell if there is actually a difference. I'll ask you all first, but probably need to post there as well. Not sure if I am missing something, or if it was two ways to get the same card, because I don't think the production line is different which is usually the case on Topps vs. O Pee Chee cards.

Regardless - another amazing 15 from baseballcardstoreca!
Posted by CrazieJoe at 8:00 AM