2018 Donruss - This Belongs to Someone Else

Today we have a hanger box of 2018 Donruss which I picked up from Dave & Adam's last year (I have absolutely no cards from the base set before we crack into this). As soon as I started going through this box... 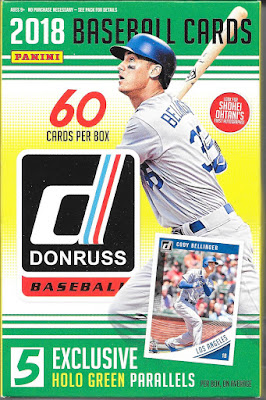 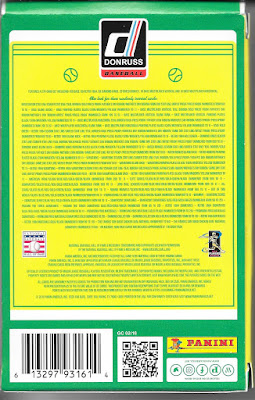 All I could think is that I accidentally picked up a box that belonged to everyone's favourite sports card blogger Night Owl.

To cut right to the centre of it all - 60 cards, and not a single Toronto Blue Jay card. With 60 cards, once you get rid of all the inserts, etc, there are 46 base cards. With a 275 card base set, that isn't enough for me to want to collect this set. Typically I would consider it if I am getting more than 10% of the base set, which I meet in this case, but I just don't like the design enough to care about the set. That said, wo we are left with keeping inserts, short prints, parallels, Diamond Kings because they are always awesome and error cards, but while I go through, let's count those Dodger cards.

To be fair, there are (including short prints) 20 Dodger base cards, and only 6 Blue Jays base cards, but still.

First up, let's look at the keepers...

I love Diamond Kings - but this design is not one of my favourite. So much wasted space.

Next up for keeps, the short print base card variations... 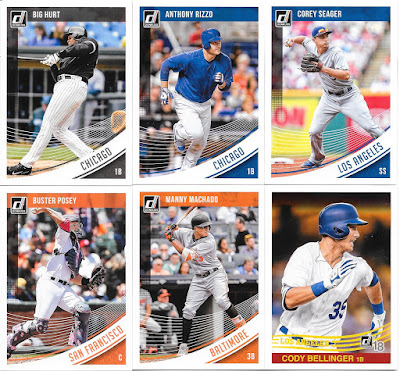 The name variations aren't a big deal, though I Frank Thomas is one of my "if I did the player collection thing, he'd be one" guys. As much as I like the original 1982 design, the re-do in the subset is okay, but not mind blowingly pretty or anything. 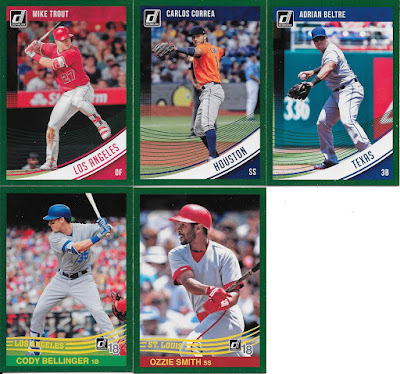 I am a sucker for Sparkle & Shine (that was a good song by the way), and the 5 promised holo green parallels are pretty nice on an otherwise meh design.

Going through the base cards now, which are all up for grabs... 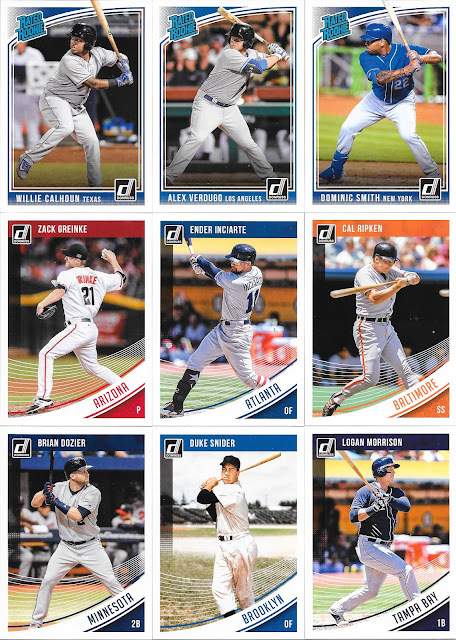 Verdugo brings the Dodger count to 5, while I like the Snider card out of these. 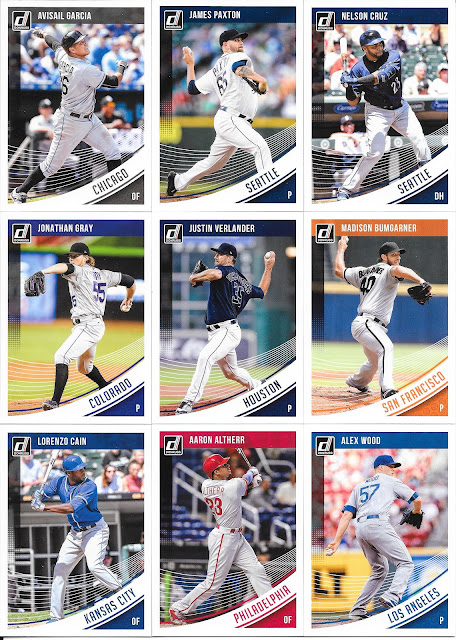 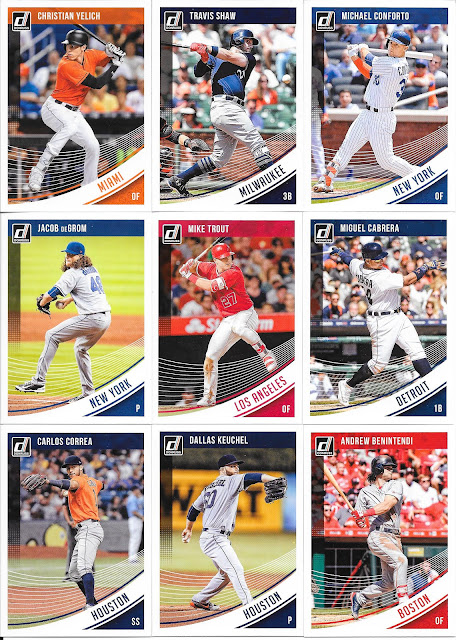 Nice to get the Trout Diamong King and regular base in the same box. 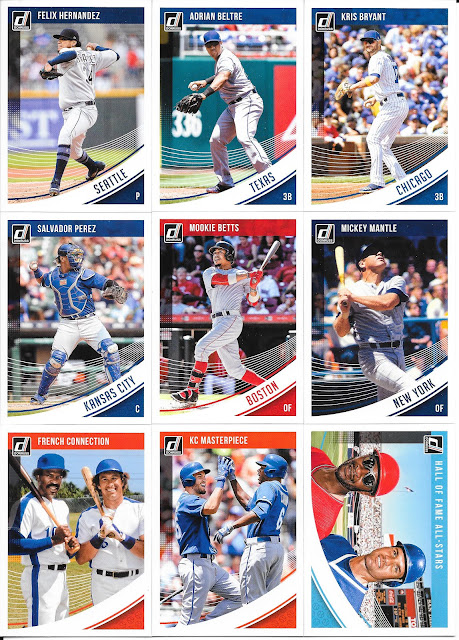 I will say, I like the subset of star cards, represented in the bottom row here. Also, Mantle is always a great pick up. 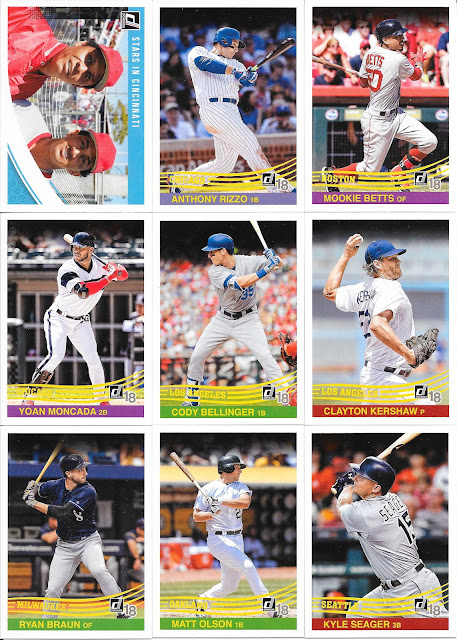 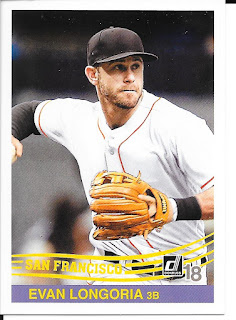 The end of the base set includes all the 1982 retro designed cards, and Dodgers 7 and 8 in Bellinger and Kershaw.

If only I were a Dodger collector.

You will notice I didn't go over my normal scoring as I had to figure the best way to do it, since the odds aren't really |per pack| and Donruss didn't provide such figures. What I think is fair reflection, since we don't have any inserts really or serial numbers, is reflecting the usual 3 points for need/keep cards, and 1 for others.

As such, we end up with 88 points for the 60 cards - much lower than it would have been if this were a set I decide to collect, but that's fair again I think as the box then overall, just isn't as worth while for my collecting purposes - but as always, was fun for the rip.

Would have been middle of the pack if I decided to collect the base set though.
Posted by CrazieJoe at 8:00 AM