A month of box delights and more

I mentioned when I got a box in January from TCDB member dodgercards that I'd get him something back (which I did), but that I'd need some time to get through all he sent. Well, I think what I will do is share something each day from the box for the month (or until it runs out). We will see how this goes, I may have some other stuff to post too, but there is enough in the box to make for many a fun post and all Blue Jays...as far as I know.

Today, a simple enough start, and not necessarily something "new" to me, or many of you, but it doesn't have to be new Blue Jays in order to be great additions. 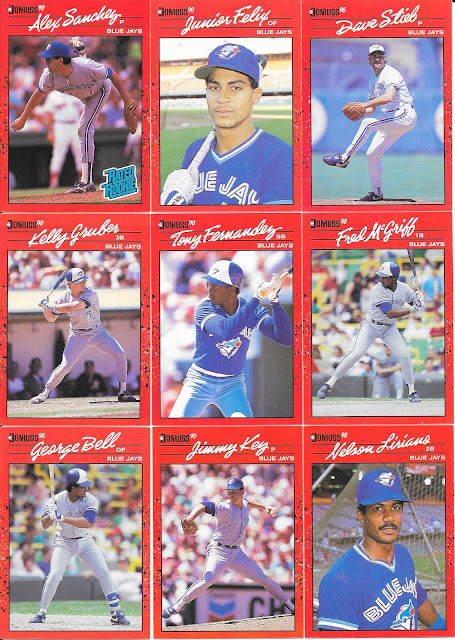 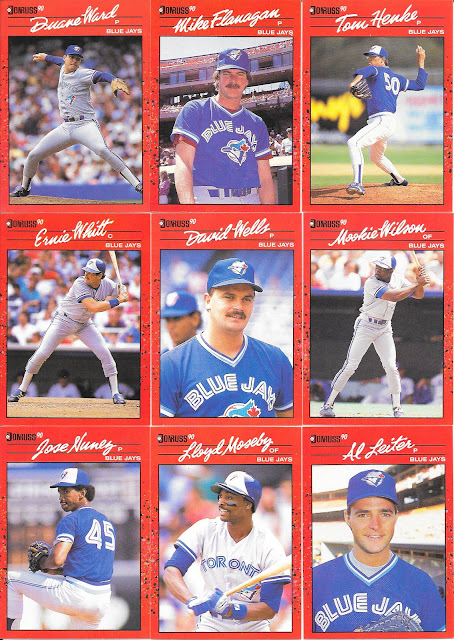 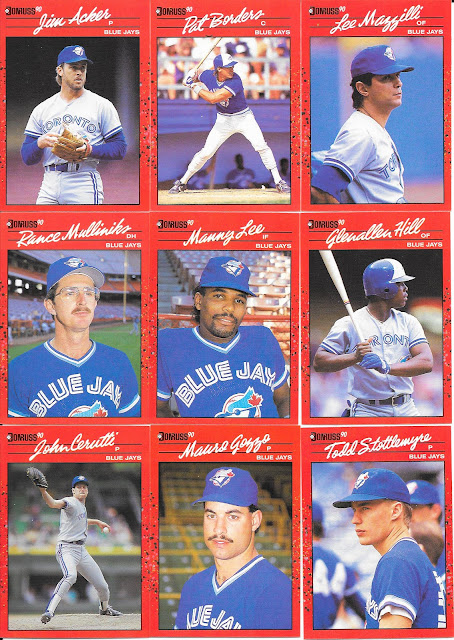 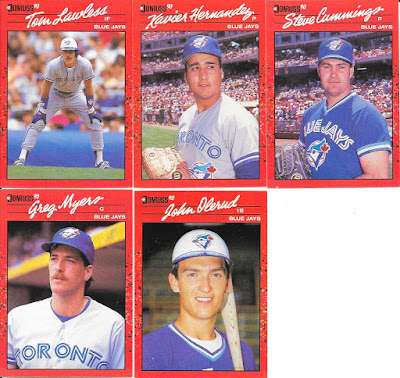 Here are the 1990 Toronto Blue Jays - save for the only missing card from the set, I believe, is the Diamond King card for Kelly Gruber. Though the team still won 86 games, it was their lowest total in the run from 1989 through 1993, with 1990 being the only year in that span they did not make the playoffs. The last time before 1990 that Toronto won less than 86 games before 1990 was 1982.

Definitely a good run of over .500 seasons, and 1990 was the team just coming into being that would win the World Series in 1992 and 1993. The notable rookie above is of course John Olerud who became best known for his flirting with .400 in 1993 when he ended up with a .363 average. That bump was impressive considering the year before he batted .284, and over his career, only had one other season with an average over .302. 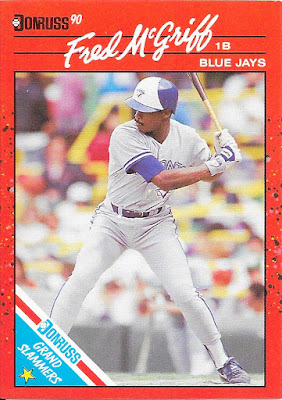 I only recently picked up one of these (okay, maybe in the last couple years), so this is the second which is nice as the Grand Slammers is a nice set that I wouldn't mind collecting all 12 cards from, though I only have a few right now.

A nice start on the box, but so so much more to go through. Tomorrow, some of the odd shaped stuff so I can get that sorted away - the odd shape stuff I always like getting protected sooner than later.
Posted by CrazieJoe at 8:00 AM