Cruz through some more Jays 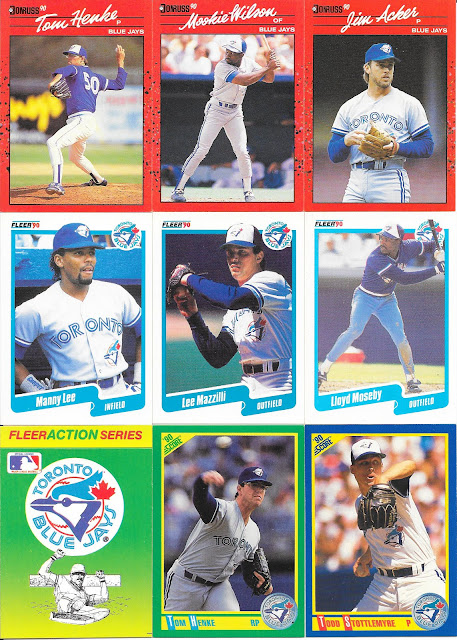 Another day full of Jay content, and some usual suspects. 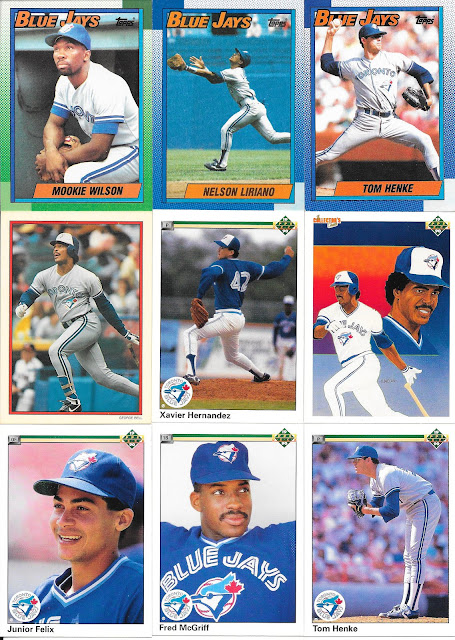 Though it isn't all "usual suspects"... 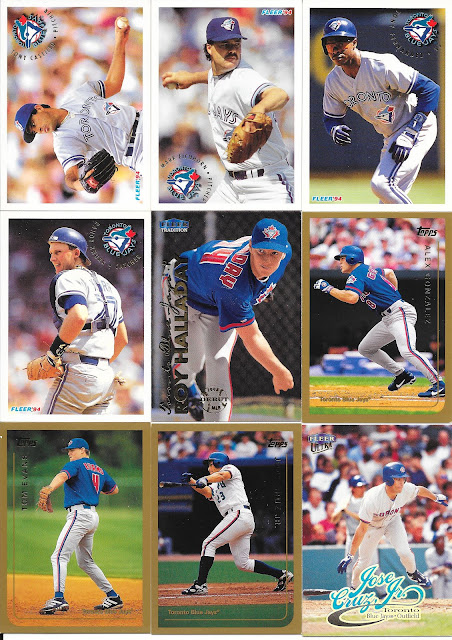 As usual, as we get into the mid 90s onward, plenty of hole and plenty new. I like the Fleer Tradition Halladay card because, though I should have scanned it, the back walks through his quick rise through the minors including his debut dates at each level - an interesting style for a card which I kind of like.

We get to some Jose Cruz Jr cards. Jose spent about 5 years with Toronto - roughly half his MLB career. Cruz was okay for power, though never hit for a great average, usually around .250, but was regular somewhere in the outfield for the Jays. 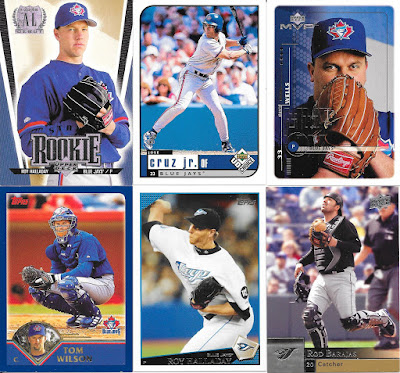 Almost all new cards to finish (I did have one other copy of the 2009 Halladay). I appreciate the Wells pose with the glove up, even if it is a simple pose, it works...at least a better "look into my eyes" card than any of those head on Triple Play cards I went through last month.
Posted by CrazieJoe at 8:00 AM