Today's cards from the dodgercards box, we have a bunch of Jays - shocking I know - and the best for last, is circa 2000/ Okay, by best, I mean the ones that help me most. 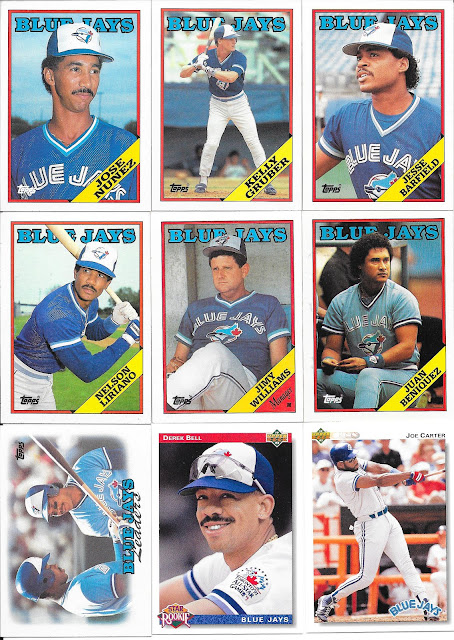 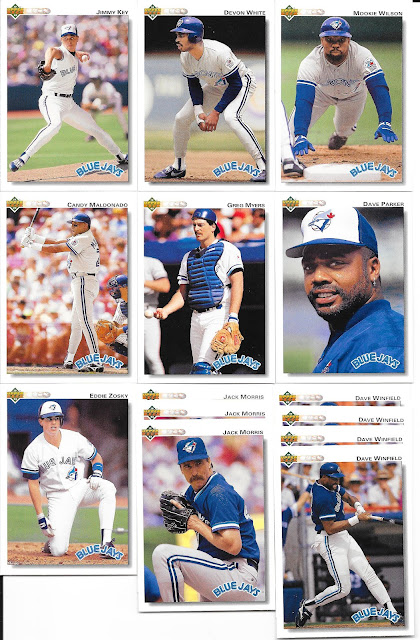 The bulk of the cards today come from 2 sets - 1988 Topps and 1992 Upper Deck obviously. Nothing "needed" from these, but collection adds nonetheless. 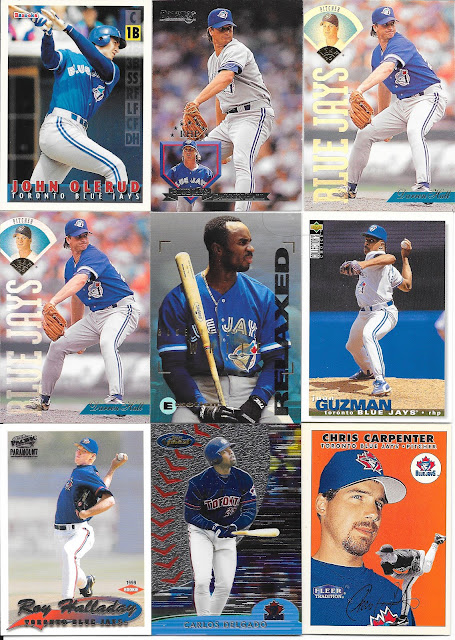 Skybox did some good stuff. That Devon card in the centre is great. The set name being Emotion, yeah, get what they are going for. It doesn't always have to be an action shot to make a great photo as early 90s Studio cards were great and different in just being photoshoot pics. 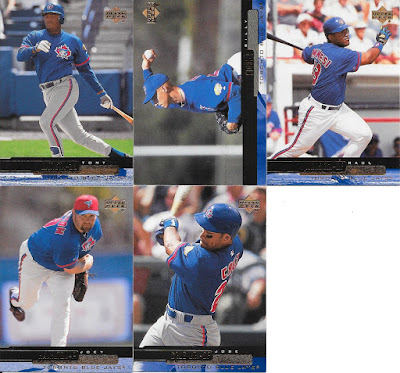 We end with the most helpful cards from this bunch, personally anyway. I only had one or two cards from 2000 Upper Deck, and we add a bunch more here.

The early 2000 Jays were definitely one of the low points as far as teams and my connecting with them. I just didn't click with many of the players and following the careers beyond team results. Sure it may have been with timing and me starting university and not having the time, but it's just not a Jays period that clicked compared to the obvious World Series years, late 00s, or of course mid-10s Jays.

That said, still great to get and wish Koch's career had turned out better than he did for Toronto, but also for himself.
Posted by CrazieJoe at 8:00 AM