The dodgercards box pile for today is highlighted by some Total cards (not the total package Lex Luger - sorry). I can say that, before getting back into collecting 5-6 years ago, I don't think I had ever owned a Topps Total baseball card. Trades have changed that, but I still don't have too many.

Today, a bunch of Jays as usual, but highlighting this, well, some Topps Total as you will see. 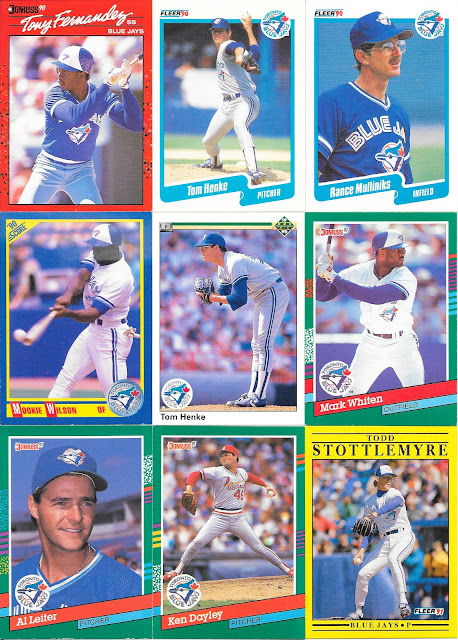 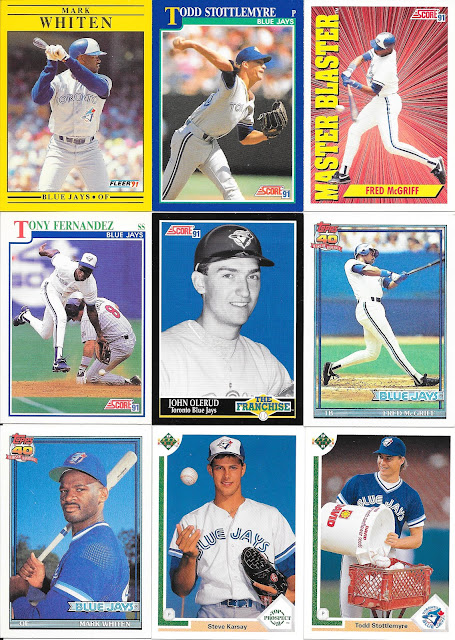 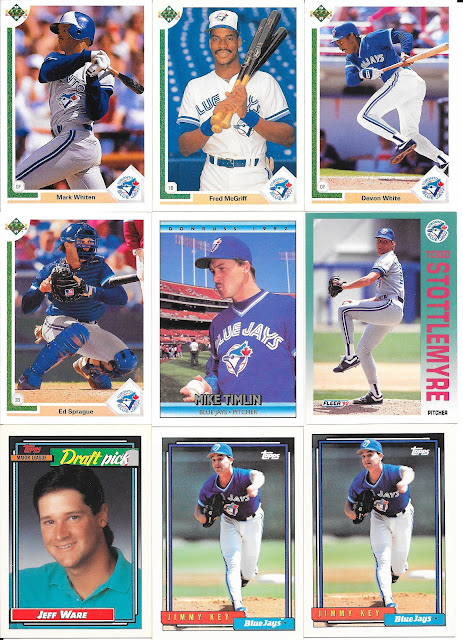 A whole bunch of the usual suspects when talking "junk" era.  Still always enjoy the Franchise subset from 1991 Score as shown here with John Olerud.

Of the group, the close but not quite award goes to the 1991 Topps Mark Whiten. I didn't know about it, but found out not too long ago that there is a version of the card where his hand on the left side actually goes over and outside the border. Apparently that is a rare error and copies go for big dollars if you check ebay. What seems such a minor error, interesting on the prices being so high (over $100). 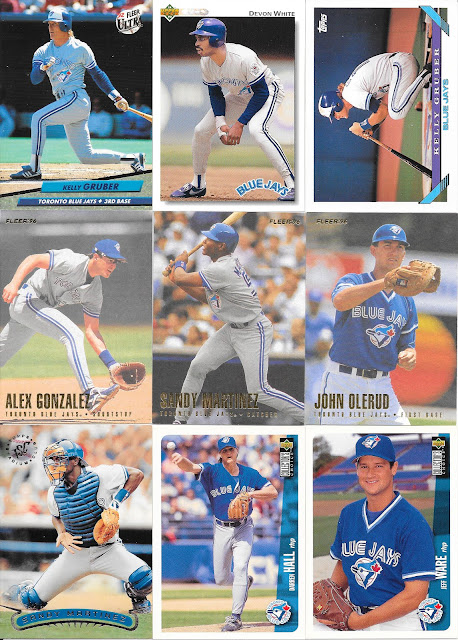 Here we get into some new to the collection cards with some solid 1996 Fleer. Very Stadium Club-esque .Also the 1996 Stadium Club is great....no surprise there. Sandy didn't play a whole lot with the Jays over three seasons, but it was the majority of his games in the majors. 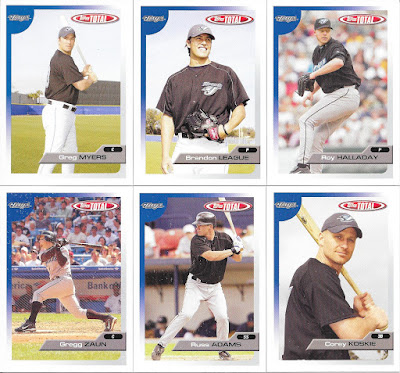 Here are the, all new to me, Topps Total cards. The design is decent and a bit too white overall, though may be in part due to the background choice. The card stock itself is very heritage like which is my favourite (one of the reasons I like O Pee Chee as well - just the classic cardboard solid stock).

Given Brandon League was with the Jays for 6 years, I don't have much in the way of specific memories of his play. That said, late 00s Jays were good but never good enough to make the playoffs when they had decent records.
Posted by CrazieJoe at 8:00 AM