There have been a number of nice inserts throughout the dodgercards box, and that continues with some today which you can probably spot given it is Pacific related... 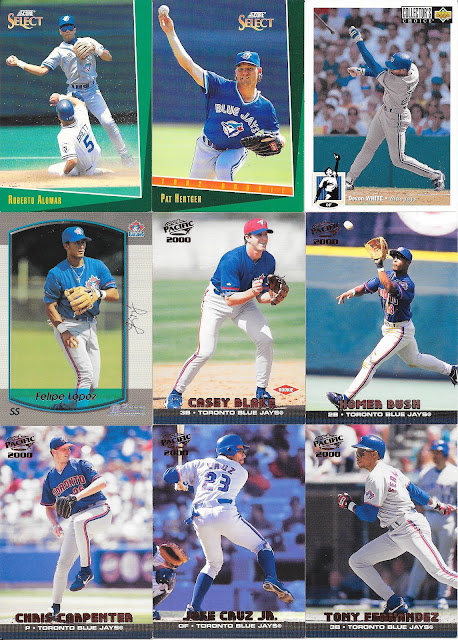 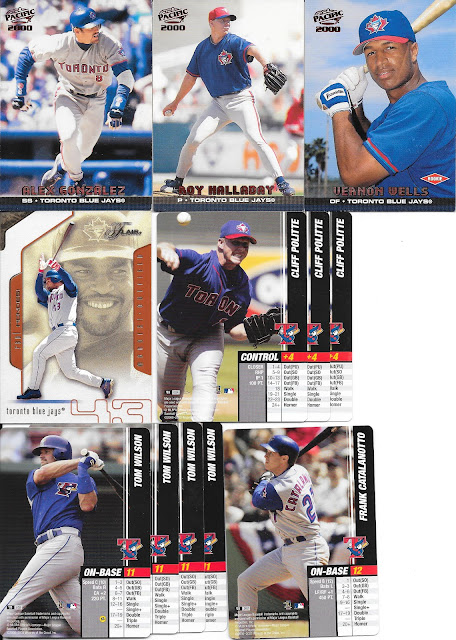 8 Ruby parallels from 2000 Pacific. I actually now have more parallels than I do of regular base cards from the set which is pretty cool (but I will have to fix in the future). Appreciate the similar design across sports as I do have some of the hockey cards from the same year.

Another really nice card is the Flair here - good card stock, clean design and the background faded photo is really solid and nice being a little bit different than a straight in game action shot.

Then we also have some more Showdown cards from 2003 which hid from me when I was looking for them earlier... 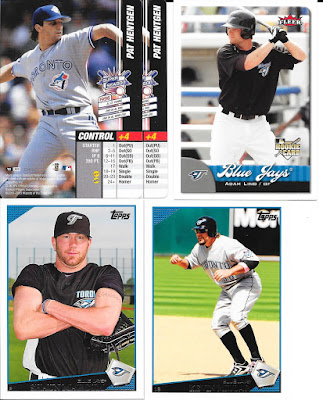 We end with my first 2009 Toops Update and Highlights Jays card. would have thought I'd have one by now, but apparently not. Apparently Kevin Millar is here to fix that!

Another really nice bunch of Jays cards, and as it works out, looks like, with a few days left, the box will end up with over 1,000 Jays added to the collection. I have already sent a package back as a thank you, which I hope goes over well as I only had a couple hundred Dodger cards to send, but was able to put together a bunch of Magic cards (as he does collect them as well), which bumped it up to about 750 cards. Hope you got the package dodgercards and all is well there.