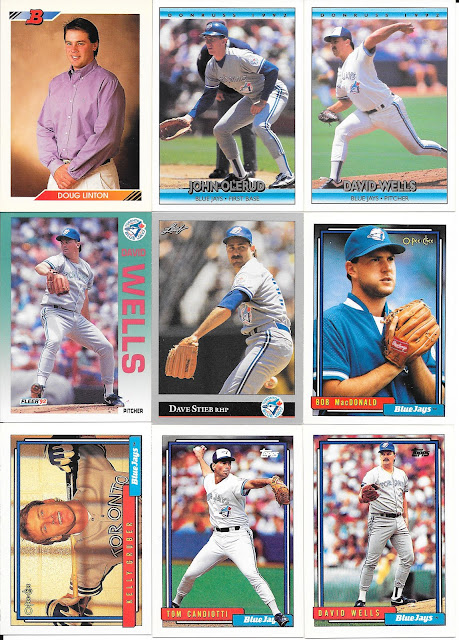 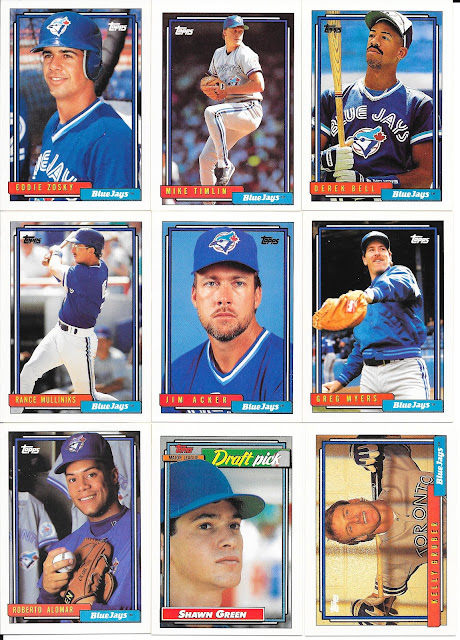 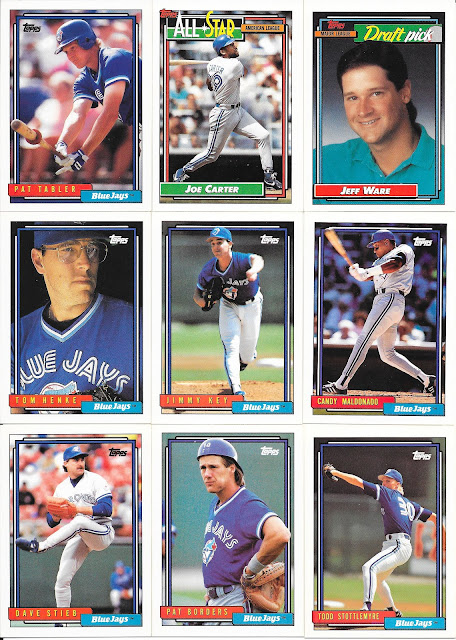 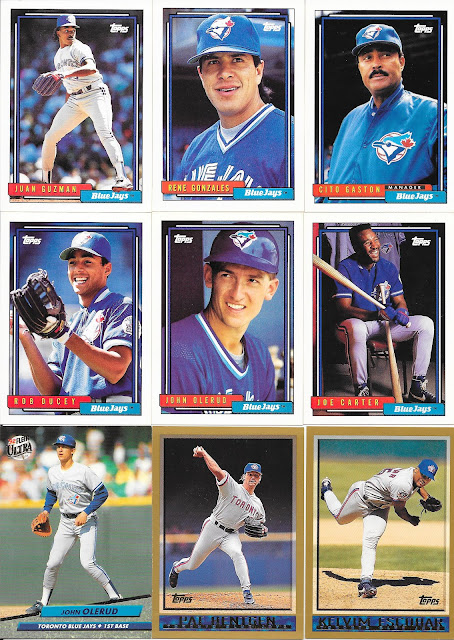 The big add from 1992 is a bunch of Topps flagship cards (go figure). I only needed a few for the team set, and now I am down to a single need - the team checklist card. I can understand why that would't have been one of the cards here as I believe the cards were sorted by team uniform.

Also really like the O Pee Chee cards from the same year as having Gruber posed nice in both a Topps and O Pee Chee version is fantastic. 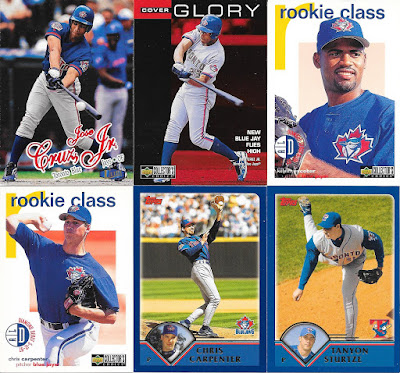 1998 Collector's Choice was nice for subsets within the base set, as you can see from the different designs here. Also interesting that for 2003 Topps, the change in logo for the Jays which happened between the main release, and the traded set as you can see them here. 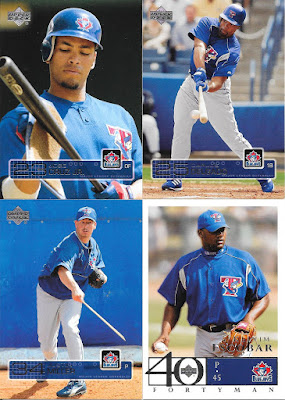 2003 Upper Deck and 40-Man wrap up the cards today. These are actually the first Upper Deck flagship set from the year into the Blue Jays collection. Decent enough design, though I'd prefer the name and space pulled right down to the bottom of the card to leave more for the main picture.
Posted by CrazieJoe at 8:00 AM