So I received a surprise package from Fuji (okay - not so much as a surprise since he posted about it on his blog before sending out and mine was one of 30 mailing he did). Knowing I am a wrestling and Jays fan, these were right up my alley.

First up the wrestling... 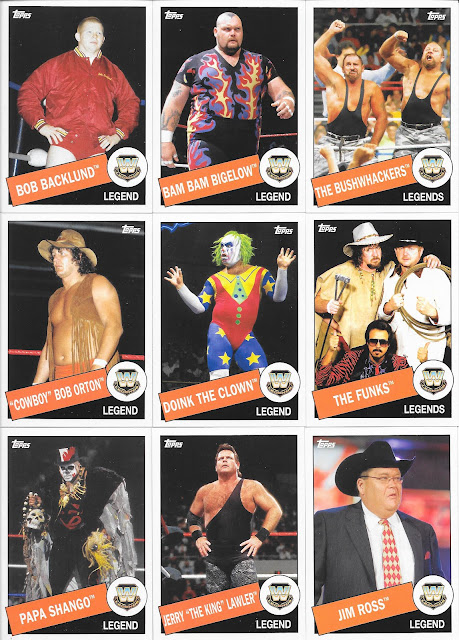 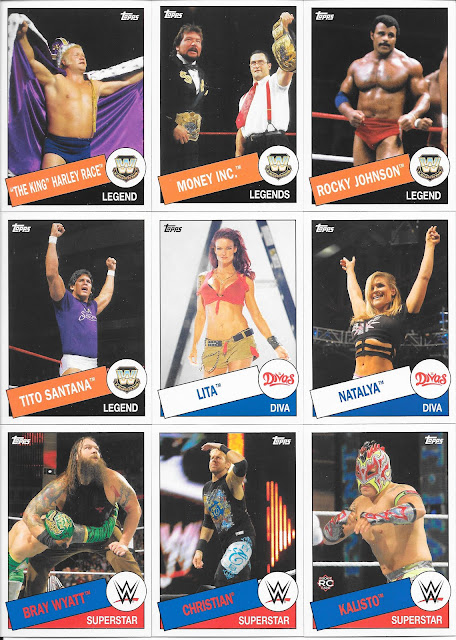 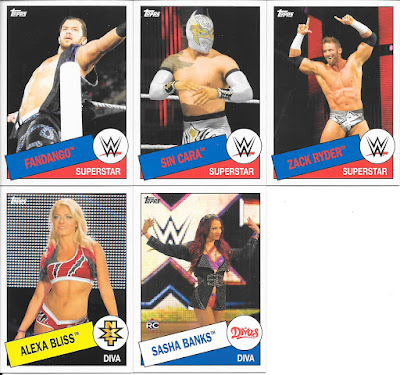 2015 WWE Topps Heritage, which is nicely styled circa 1985 Topps design. These bunch of cards get me now over 2/3 complete on the base set. As obvious here, I was missing a lot of the legends cards, but a few nice divas as well.

Amazing in a few years, just how different even Sasha and Alexa Bliss are with their character work and refining their look. 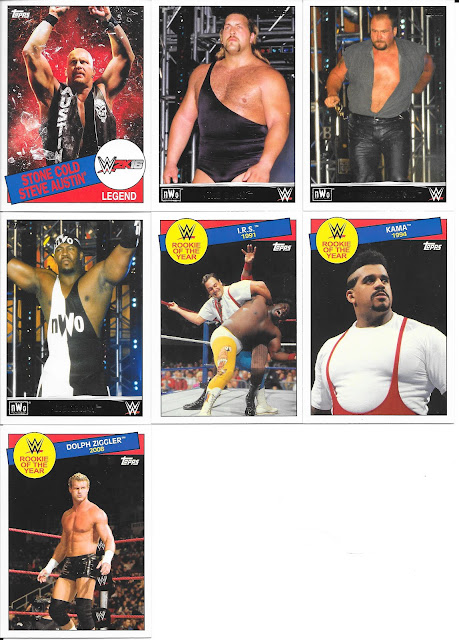 Some solid additions to the insert sets from that year as well.Put this close, looks like Austin and Stevie Ray had the same pose idea here. 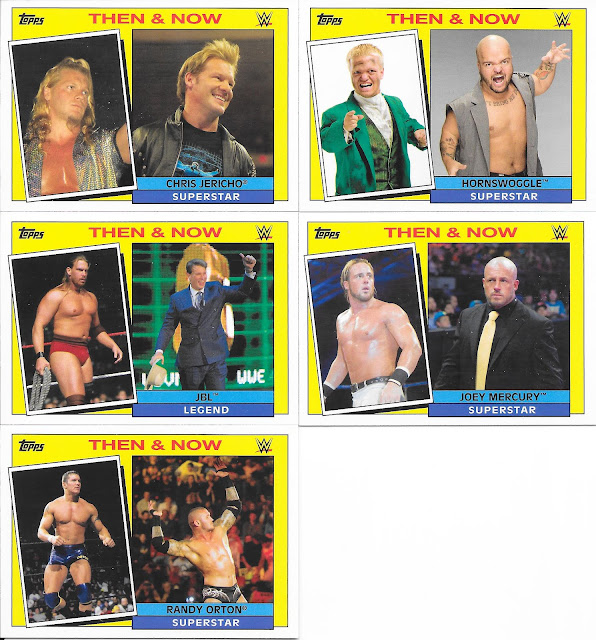 I love these Then & Now cards, and the whole darn insert set. Though Jericho is the ultimate reinventer of character, JBL did a great job of morphing over time as well with his JBL Longhorn bad guy persona being his biggest hit.

Randy didn't morph over time as much as find himself. His career is one that I can remember vividly when he went from a boy trying to be a wrestler, to a man wrestling and belonging - it was his Backlash 2004 match with Mick Foley. Brutal, but could see before and after, that made him.

Fuji didn't stop there, as I say, there were some Jays as well. 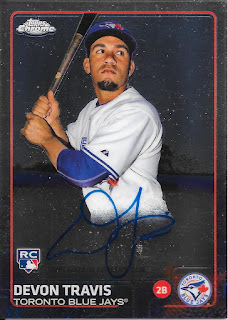 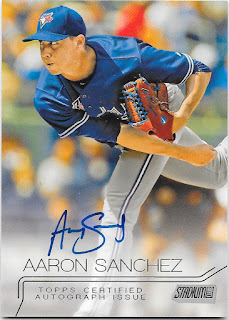 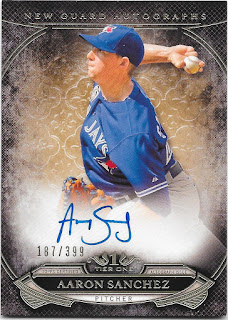 Not one, not two, but three nice Blue Jays autographs.

This actually brings to 3 the number of autographs I have for Sanchez, which is the most I have for any player. Also my first for Travis.

A huge thank you to Fuji, and though he isn't expecting anything back in return, I will gladly take the opportunity to free myself of some cards and send them his way.

Today, I also wanted to focus on the smaller sized cards that were separate in the box for dodgercards as I need to get them away before their odd size becomes a storage issue (I always find the odd sized items more susceptible to bangs and drops). 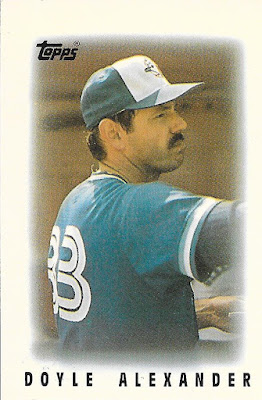 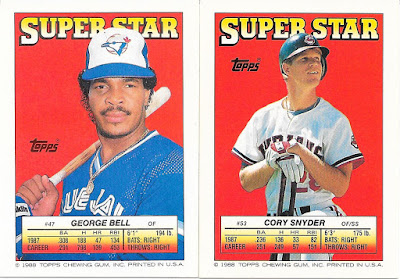 Snyder is here as a Jay because Tom Henke is a sticker on the back - probably should have scanned the other side too - oops! Gotta love the 1988 stickers - with I still had my album from back then (I had so many stickers, I think I had two). 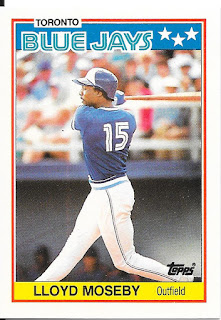 1988 UK Minis. More than happy to have the duplicates, as those are my first 4 of the card, and first Lloyd too. 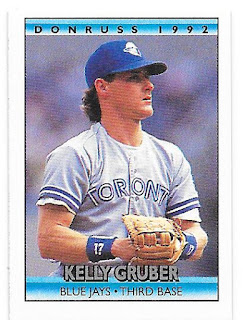 1992 Donruss Cracker Jack cards - a complete team set for series 1 and series 2 (okay, each set only had one Jay). 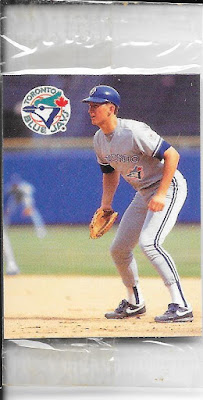 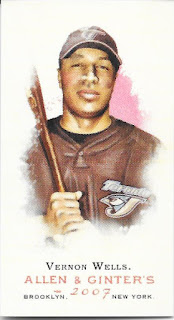 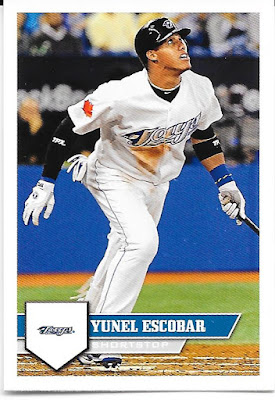 A one off sticker out of 2011 Topps Stickers and we end with a Chipz... 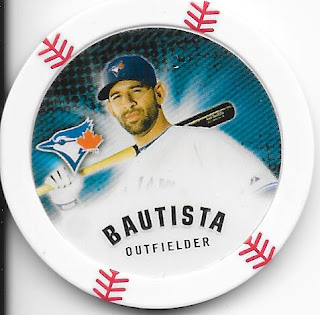 First Jays Chipz "card" or coin or gambling chip or whatever you want to call this.

Very nice and solid in hand, but not sure how best to store it...but a good problem to have.
Posted by CrazieJoe at 8:00 AM