I think the cards today hit into a bunch of Vernon Wells cards as you will clearly see. 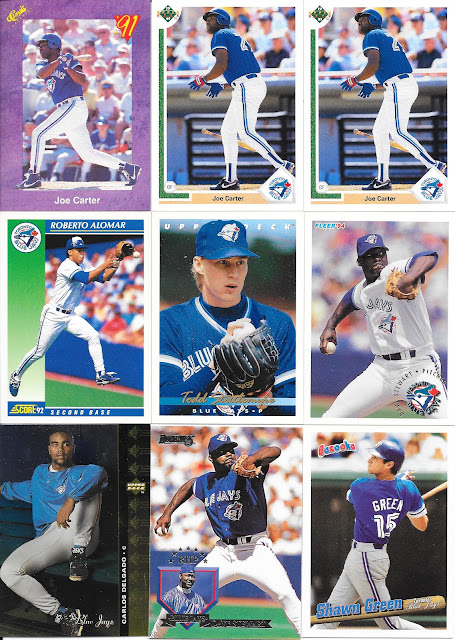 Obligatory Jays with Joe Carter, Delgado and Green. I really like the quirkiness of the Bazooka cards. 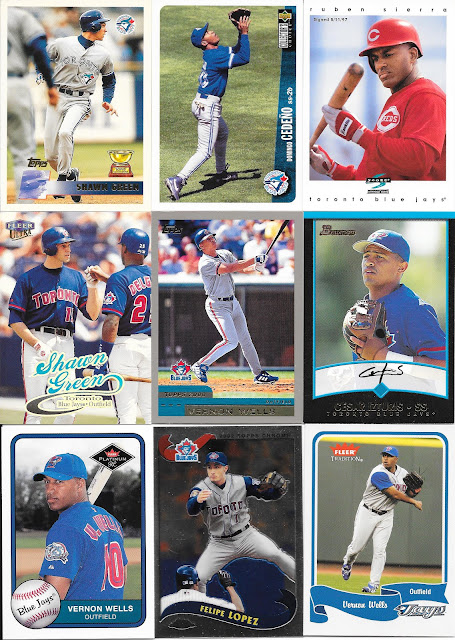 Vernon Wells started with the Jays in 1999 and played right through 2010 - a good tenure holding down centre field for most of that time with a sprinkling of other outfield positions and a bit of DH.

Though he would go on with a few season split between the Angels and Yankees, those seasons were not nearly as productive, being on the tail end of his career. 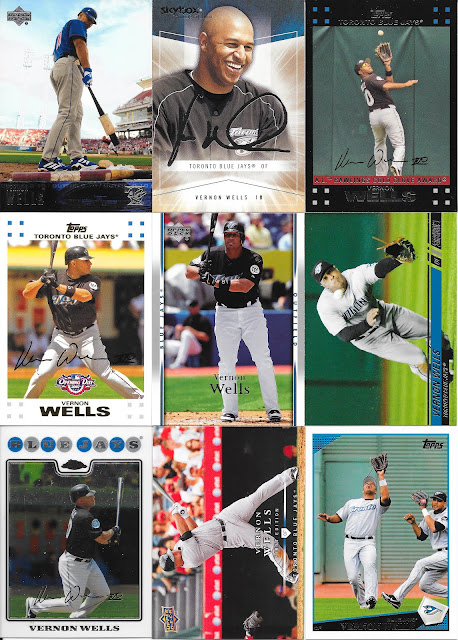 I missed the first part of his time in Toronto as I was at university and baseball was not something I had time for in the early 2000s, so having the chance here to go back and look at his career, brought back into focus his tenure which, I forgot was as long as it was.

My collection also now reflects a bit better, how much time the man had with the Jays  having picked up 15 more cards of his here thanks to dodgercards from TCDB!
Posted by CrazieJoe at 8:00 AM