So the dodgercards box of Jays I got definitely has some player sections. Not sure if it was a case of just sorting some star players so their cards were together in dupes, or if they were PCs at one point, but either way, great to add a number of cards of certain players to my collection. You'll see such today. 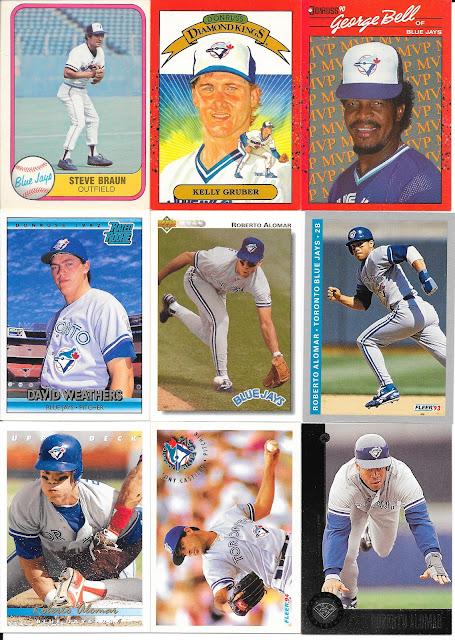 As you can guess Roberto Alomar is one such player as we already have a few cards of his in the first bunch. I like the 1996 Leaf card as you can see the intensity in his eyes. 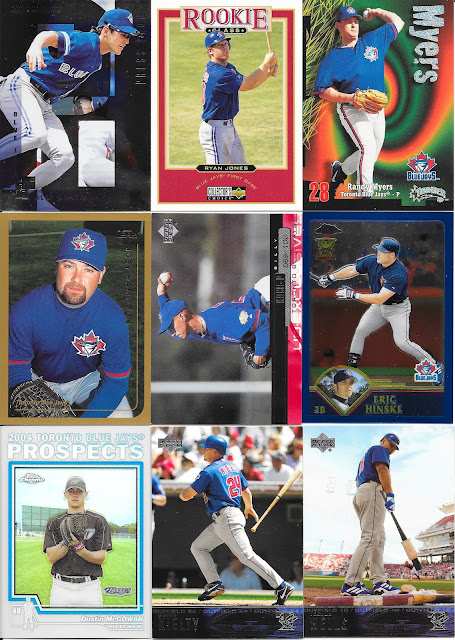 Ah 1997 Donruss. I actually have the hockey set and remember the Press Proof fondly. With they were SN instead of noting 1 of 2000 print run, but still - only 2,000 cards was so rare back in the day. 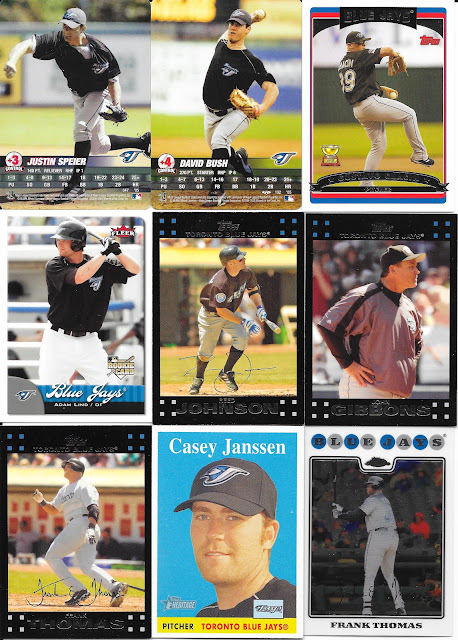 As much as I like Chrome cards for their look (Frank Thomas here a perfect example), the way they utterly curve over time is annoying from a storage standpoint. At least if the set is all curving the same way, the team set works stored together! 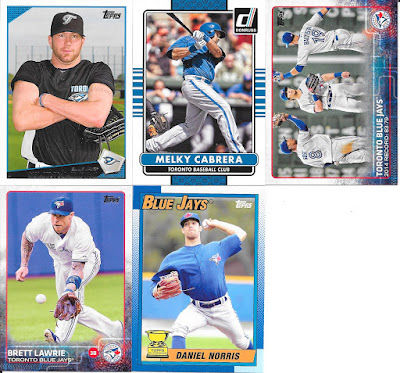 Some much newer cards to end including Shaun Marcum who brings the gun show, but a shout out to team cards, even if the Toronto record of 83-79 wasn't exactly setting the world ablaze...though I'd take that record this year - fingers crossed.
Posted by CrazieJoe at 8:00 AM