Some before they were Jays

Dodgercards in this pile include a number of minor league cards of a couple players. These will find a good home, not to worry, just not with me. 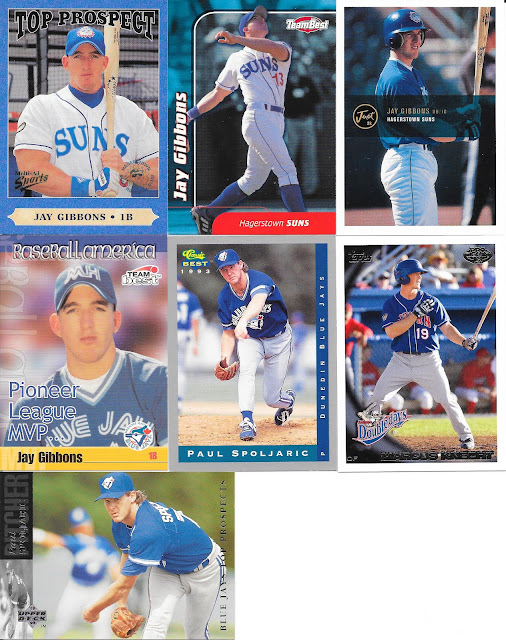 Jay Gibbons actually never ended up playing for the Jays but instead came to the bigs with Baltimore. In 2003 he played almost every game and ended up with 100 RBIs - a solid season. Overall though, he lasted 2001-2007 with Baltimore and was able to make the bogs again for a couple partial seasons with the Dodgers in 2010 and 2011. 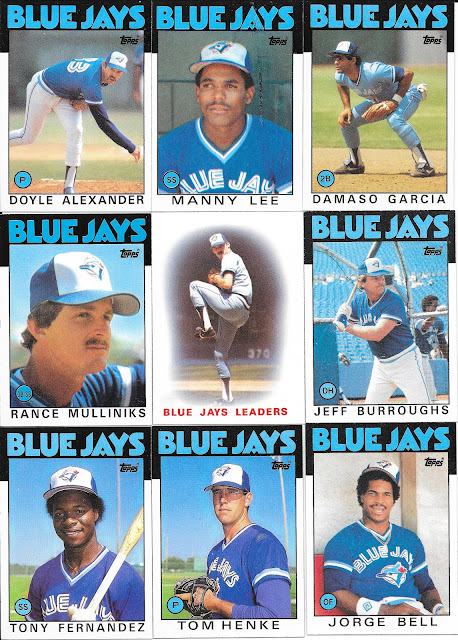 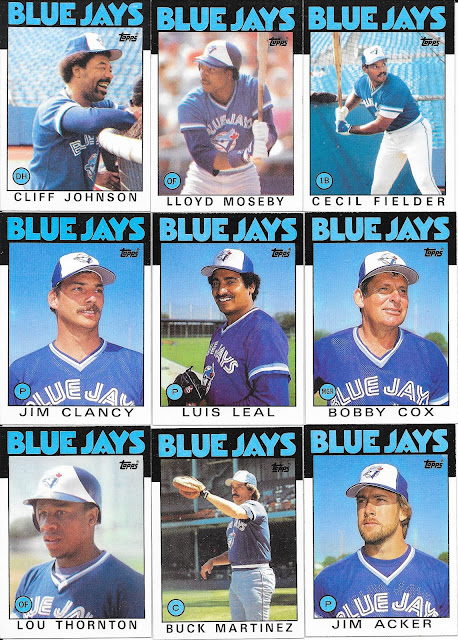 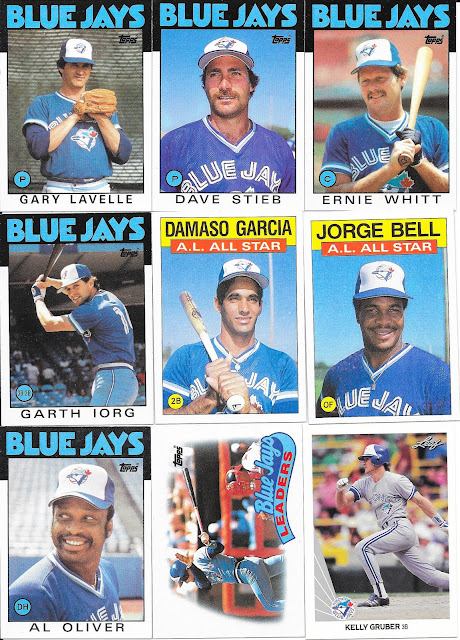 Also in the cards today, an almost complete 1986 team set. I do need a few dupes for the 1986 set completion goal, so well worth it as these cover everyone now I think. 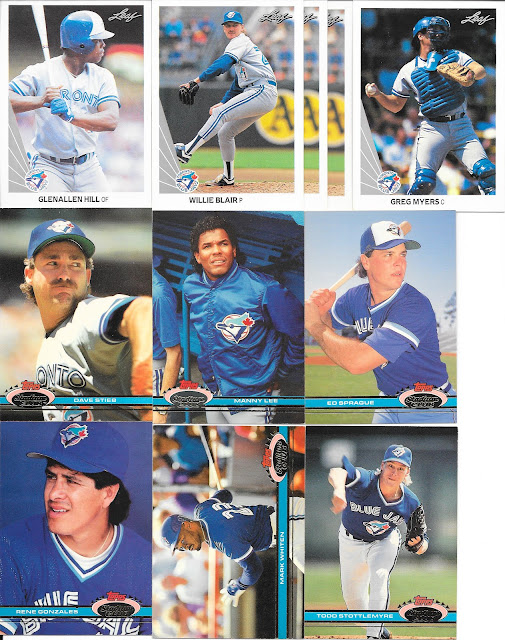 Glenallen is another name who I think of being a Jay longer than he was. He was only really around for parts of 3 seasons and traded away before the back to back World Series wins, but it felt like much longer. 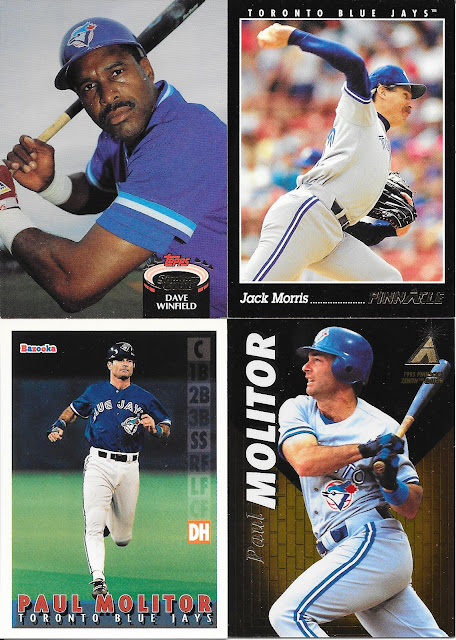 We (almost) end with a couple Paul Molitor cards from 1995 - one of my favourite short term Jays. Will always be remembered as a Brewer, but great days as a Jay.

I say almost because I do have a trade to share. A small PWE trade with TCDB member The_sandlot who was kind enough to offer up a handful of Jays for a few cards he needed from me. 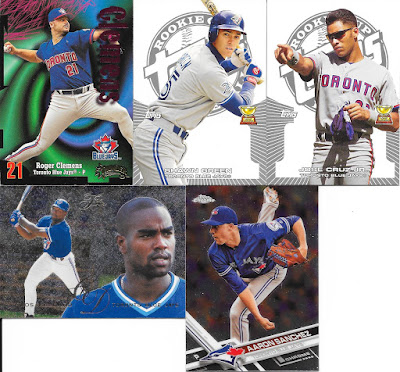 The Thunder design is so 90s busy, and it's Clemens for better or worse. Whereas the Rookie Cup I have seen before and may be a bit to blah for background, but at least the player stands out.

A couple of shiny/chrome cards with Flair and Chrome to wrap it up. Awesome little trade, and greatly appreciated.
Posted by CrazieJoe at 8:00 AM