Time for a showdown

I have never had any of the Showdown card from back when I was collecting as they came out after I stopped as a kid. Heck - I'd have to look to see if I had any before getting this box of awesome cards...might have had one. 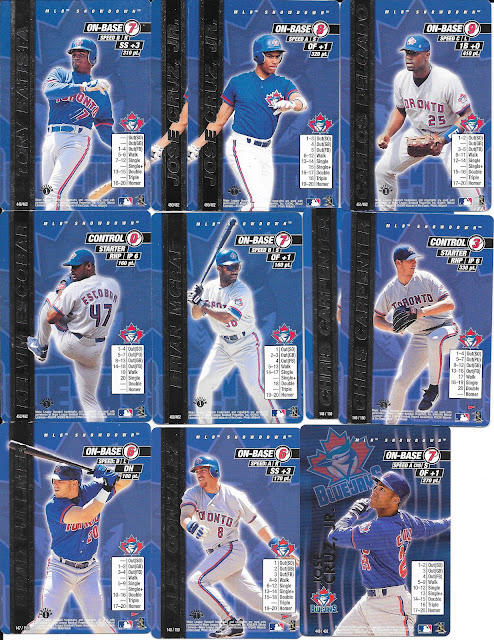 The cards do look nice with the team colour matching backgeounds and such, so points for a snazzy looking card. 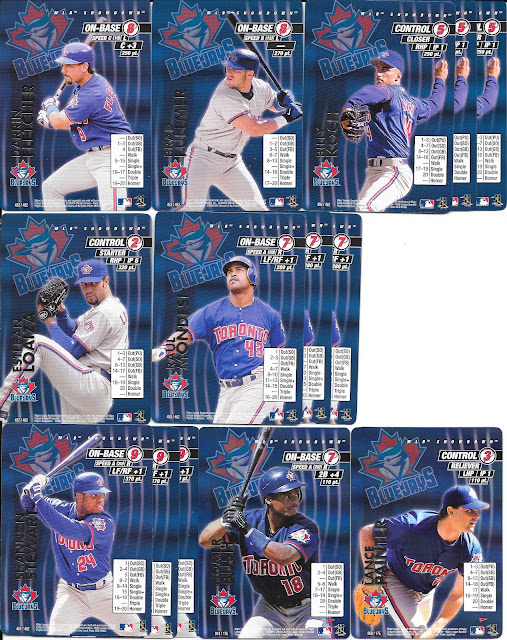 I took a quick look at the How To Play guides online - man, this game is more like a Magic or Pokemon type game than just a roll the dice and score, or get hits, out, etc type game. I was a bit surprised. Apparently it runs with a 60 card deck and can be quite involved.

I am not going to learn it in any way shape or form. Especially this time of year, but I will appreciate the awesome Jays card content. 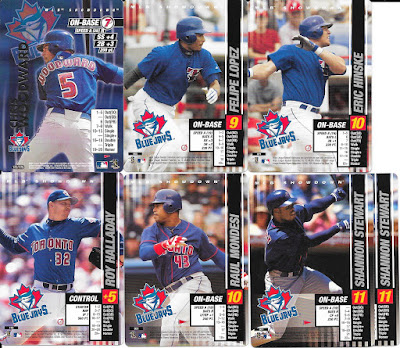 As you can see, the design does change year to year, but not a problem at all.

It does raise the question - did any one out there play this game? Is it as complicated as it seemed at first glance? Does anyone still play this?

I have no problem collecting them though!
Posted by CrazieJoe at 8:00 AM