Another day in March, another dodgercards pile from the box of Jays he sent my way. Still about a week left for going through these cards, and already 800 Jays - some dupes, some new today, so let's see... 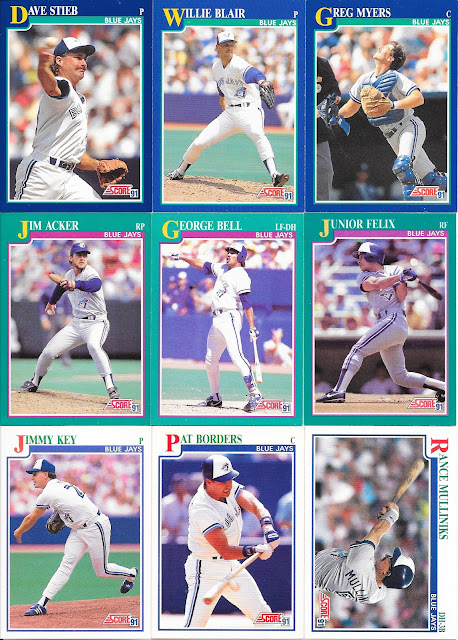 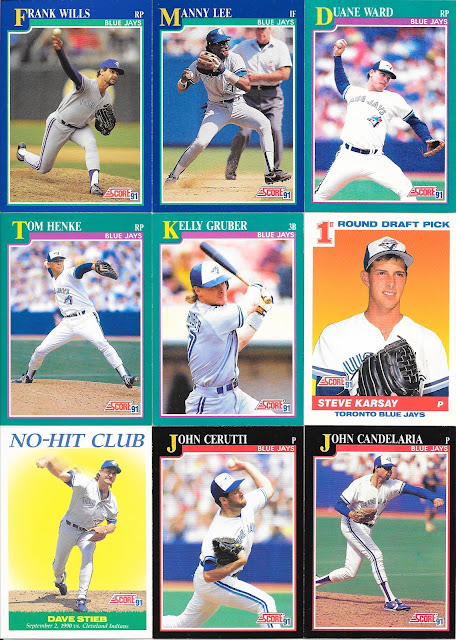 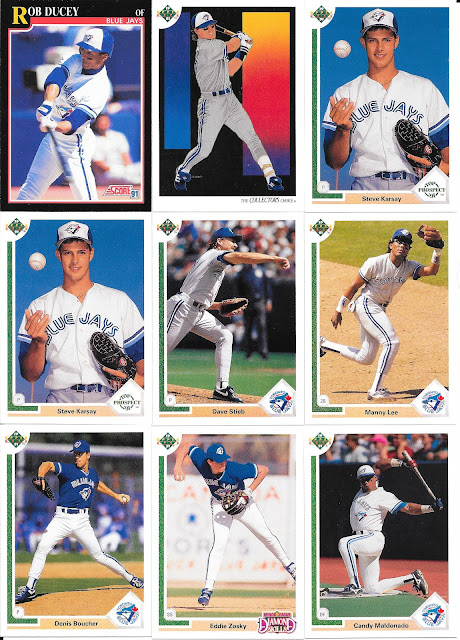 1991 - probably the year most represented in my collection, no matter how you cut it. 1991 Score with the different coloured borders stuck out and I always enjoyed opening packs of it. One of the best cards for the memories is the No Hitter for Stieb - still one of the best sports accomplishments I watched on TV. 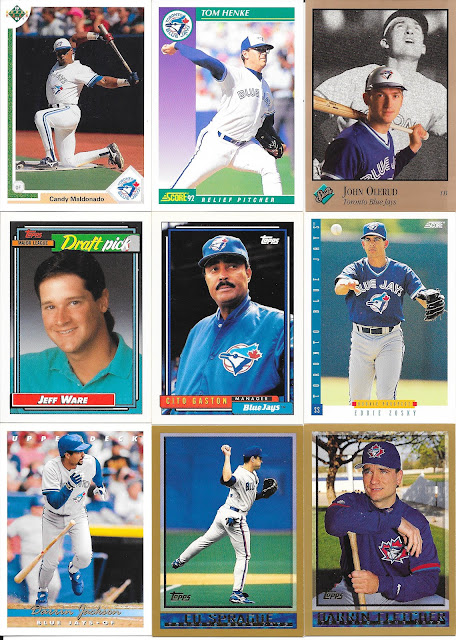 1992 Studio is always great, but here, the new cards start when we get into the late 90s. 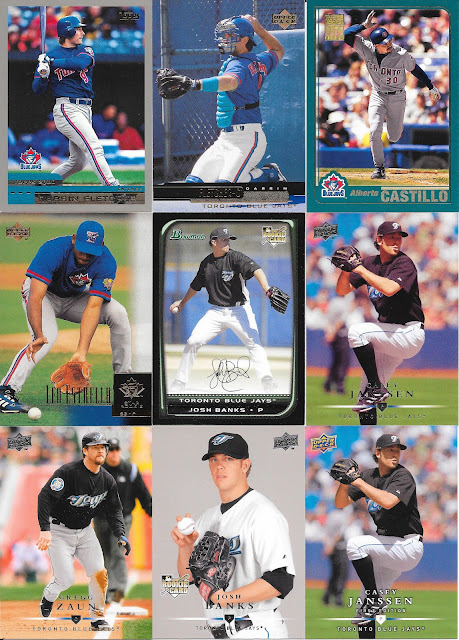 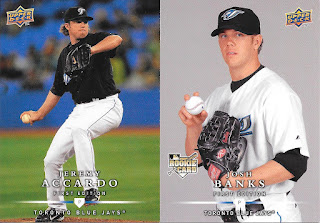 That's also about the time you really start to take off in seeing all kinds of parallels and small differences in sets.

2002 Topps - a simple stamp, which in many ways became how Opening Day differed from the flagship set. All the way to 2008 Upper Deck where the First Edition set only differed by saying First Edition on the front, and not having the foil.

It does make me wonder what some of the smallest differences between sets or parallels are but that get passed off as "different". Card companies seem willing to do anything to make more cards to collect (and in doing so, make it harder to choose what to try and complete).

That aside - new Jays, no matter how slightly different, are still new Jays.
Posted by CrazieJoe at 8:00 AM